Rand on the ropes as dollar continues strong run

After data was released on Friday showing the US unemployment rate had declined to its lowest in more than six years.
By Reuters 9 Mar 2015  09:52 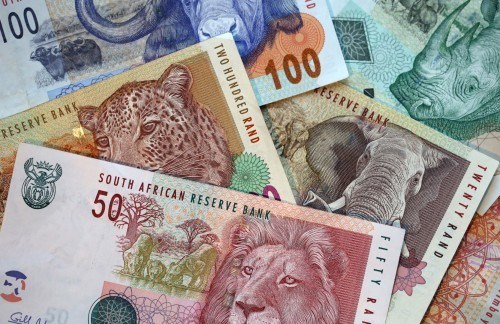 The rand was softer against the dollar on Monday and looked set to weaken to a 13-year low as data showing the US economy remained on the path to monetary tightening continued to weigh on the increasingly fragile local currency.

By 06:05 GMT the rand had weakened 0.2% to 12.0590 per dollar after hitting its weakest since 2002 on Friday in the wake of data showing the US unemployment rate had declined to its lowest in more than six years.

The positive data from the world’s number one economy raised market expectations of a US Federal Reserve rate hike from near-zero levels by the end of 2015, driving renewed dollar-buying and a fall in bond yields there.

The dollar index, which measures the greenback against a basket of major currencies, touched its strongest level in close to 12 years by early trade on Monday.

Local bonds were also left reeling by the U.S. economic rebound and the relatively bleak domestic growth outlook. Bonds failed to gain any traction from the start of the European Central Bank’s 60 billion euros-a-month bond-buying program.

The yield on the benchmark issue due in 2026 was flat at 7.965 percent after adding 21 basis points on Friday to a two-month high.

“There should be some minor profit-taking in due course, and I expect exporters to start feeding supply into the market should we approach Friday’s highs again,” said currency trader Warrick Butler of Standard Bank in a daily outlook note.