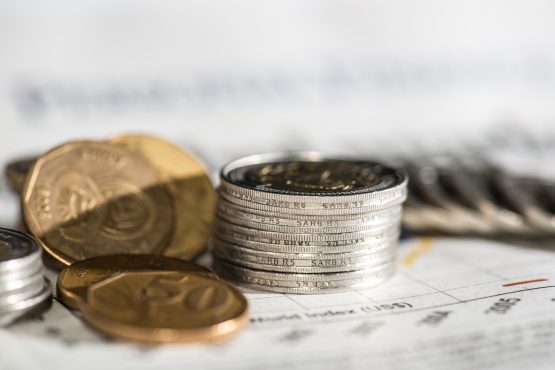 The local bourse also took a knock, with the JSE All Share and the Top 40 down almost 2%.

Global stocks dived, while the dollar, gold and oil prices rocketed higher. Gold had risen 3.37% to 1970.24 by lunch time, while the Brent crude price was a massive 8.18% higher, having passed the $100 mark earlier in the session, to reach over $105 per barrel.

Read:
Biden says US will impose ‘further consequences’ on Russia

Jirre man, this effing dangerously deranged narcissist/psychopath Vladimir Putin. Is nobody able to stop him ?
The pretexts, lies used to justify this attack are very similar to the warped logic, idiotic reasons Adolf Hitler used to attack Poland and Tsechoslowakia in 1939.
Europe is stuffed with this evil idiot nextdoor.

The West that insisted that Ukraine disable all their nuclear weapons have stripped this country of its only realistic deterrence against Russia.

Now they will stand on the sidelines and condemn, shout and do NOTHING to stop it !!!

Casper, I sincerely fear that even the strongest sanctions, and other measures to isolate Russia, are too little, too late.
The rest of the world underestimated this evil man too long. I can only see this escalate into a major military conflict, a war with many countries involved.
It is high time NATO gets organised in a whiffy.

well at least we are way up on the ruble!

Rather watch this to understand the true context:

How much value has just got wiped off the World’s Stock markets?

One man’s immature temper tantrums and millions suffer. I seem to remember this happening so often in history involving sad men with bruised egos and bad haircuts. Did anyone actually expect this Peter the Great wannabe to do anything else?

Meanwhile down at the Naval Dockyard in Simon’s Town the latest MMIPV sails in. – “This new Multi-Mission Inshore Patrol Vessels (MMIPVs) will (sic) cater for the roles and obsolescence of Navy vessels such as the Strike Craft, Mine Countermeasures Vessels and the Torpedo Recovery Vessel that have been in service for more than 40 years,” said Nosiviwe Mapisa-Nqakula, Minister of Defence and Military Veterans, this weekend.” While she displays a chunky gold watch.

At a lousy R1.5 billion (originally budgeted but who knows what the end cost will be)for three while the four frigates and three submarines moulder in the docks.

No, you can’t make this sort of stuff up. The only good news is that they’re 60% built in SA.

Sanctions by the West are not a working option – Germany has too much to lose…would never have happened under Angela Merkels watch!
Hopefully Putin will face war crimes in The Hague sometime soon. At best he should be arrested if he travels to any country in the West. All flights in and out of Russia should stop immediately and the country should be isolated completely.
It’s such a pity that the leaders of today crumble when bullied…..what happened to real men of old? Pethaps it’s time for women to takeover as the leaders of countries – we wouldn’t be in this mess if they were in charge.!