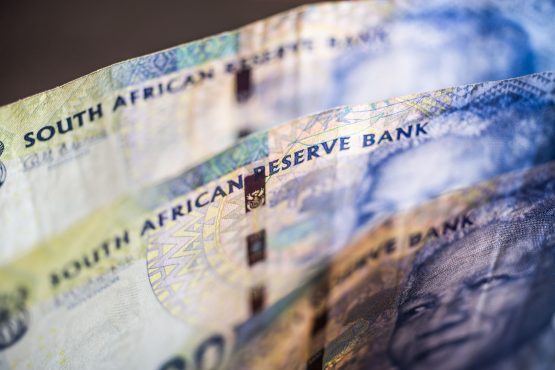 South Africa’s rand fell early on Monday, ahead of a policy-focused week in which the U.S. Federal Reserve and the Bank of England (BoE) are expected to raise interest rates to tame inflation.

The dollar index, which measures the greenback against a basket of six major peers, was up slightly at 104.5, as hot May U.S. inflation data on Friday drove up Treasury yields.

“Emerging market currencies are vulnerable at the start of the week as U.S. Treasury yields rise and equities tumble. The rand will not escape this sentiment,” ETM Analytics said in a research note.

The rand is set to take its cues from global markets in what is a relatively quiet week on the domestic data front.

The focus will be on central banks’ efforts, with the Fed and the BoE expected to raise rates. While there is a chance the Swiss National Bank will also hike, little change is expected from the Bank of Japan.