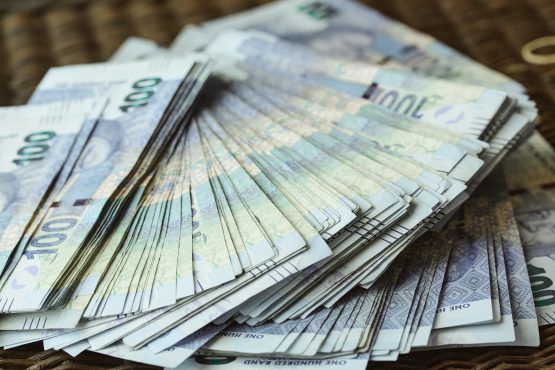 There is a reason South Africa’s currency is called “the rattler.”

While many an investor expected the rand to buckle in the face of rising US Treasury yields and prospects of a more aggressive pace of Federal Reserve hikes, the currency has done the opposite. It’s just posted its fifth weekly gain out of the past six against, causing pain for those who have bet against it. “In a risk-off and volatile environment, the rand used to be one of the weakest currencies,” said Milan-based investor Roberto Bagnato at Immobiliare Quadronno Srl, a market veteran of more than 40 years. “It was easy to short then because the South African Reserve Bank has a tradition of making no intervention to defend the currency.”

Now, the rand is no longer following the rules of the emerging-markets playbook, he said.

The rand is sometimes referred to in currency market circles as “the rattler,” because of its habit of snapping back hard in the opposite direction to a big move. When it comes to explaining its current resilience, here are some of the best reasons put forward by traders:

“US rates look to spike higher and quicker than the market expected, ownership there declines too as rates sell-off,” said Warrick Butler, the Johannesburg-based head of foreign exchange trading at Standard Bank in a note to clients. The bank held a long dollar position, which was stopped out after the rand strengthened through the 15.21 mark.

“These dollars have to be put to use somewhere and it generally doesn’t find its way into the equity markets. Those dollars have to find a home and high-yielding assets are sought out. Yes, this includes the rand,” he said.

Lars Merklin, senior analyst at Danske Bank A/S in Copenhagen, said the rand may be getting help from robust commodity prices. Danske Bank also holds a long USD/ZAR trade. “It’s not going our way,” he said.

“On the one hand, you have every central bank out there trying to verbally tighten financial conditions. But physical demand in commodities appears very strong, and there are most certainly positive effects from calling the end to Covid in most developed markets.” There is some correlation between the Bloomberg Industrial Metals Sub-Index and the rand, at about 0.3, where a reading of 1 would mean they move in lockstep. On the other hand, the relationship with US Treasury yields has fallen away and is now the weakest in longer than a year, according to data compiled by Bloomberg.

“Some investors are buying commodities currencies as a hedge against inflation, but this strategy makes more sense for currencies like the real or the Mexican peso with higher rates and a stronger link to oil,” Bagnato said. 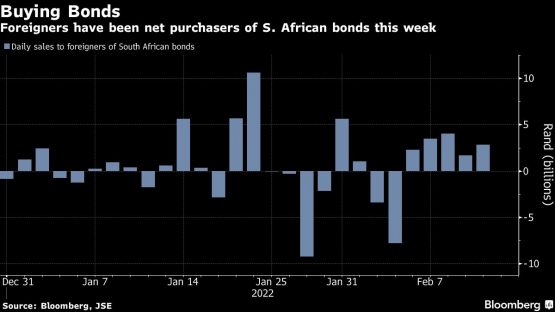 Foreign investors have been returning to South Africa’s bond market. Non-residents have been net buyers of the nation’s debt for five days in a row, the most sustained spell of purchases since May. Together with a healthy trade surplus fuelled by rising commodity prices, those inflows could continue to be rand-supportive in coming months.