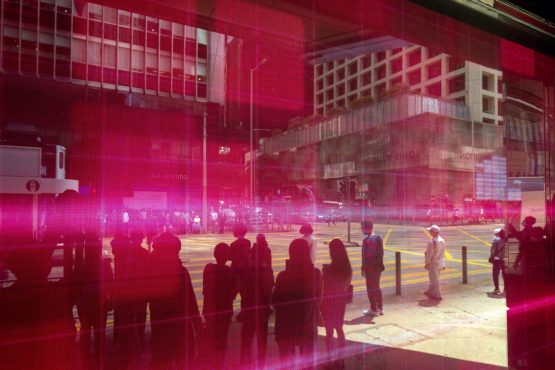 Stocks surged Wednesday and US futures climbed as China’s vow to stabilise battered markets lifted sentiment after weeks of worries about war and high inflation. Treasury yields rose ahead of the Federal Reserve rates decision.

The Stoxx Europe 600 index jumped more than 2%, with technology shares leading the advance as Prosus NV soared as much as 20%, rebounding from a record low. Contracts on the tech-heavy Nasdaq 100 climbed more than 1.5% while those on the S%P 500 crested 1%. US-listed Chinese stocks soared, with Alibaba Group Holding Ltd. and Baidu Inc. both up at least 20% in premarket trading, while Didi Global Inc. jumped more than 40%.

An Asia-Pacific share gauge advanced the most since 2020, a measure tracking mainland companies listed in Hong Kong posted the biggest gain since the global financial crisis and a Chinese tech index added a record 20%.

China vowed policies to boost financial markets and spur economic growth as it attempted to ease fears over challenges related to the ailing property sector, overseas listings and a clampdown on internet firms. Equities in China and Hong Kong had been under pressure — shedding about $1.5 trillion over the first two days this week — in part on speculation that Beijing’s ties with Russia raise the risk of a US backlash. “The market was indeed oversold, irrational, in the dramatic rout, so real money is back doing bottom fishing,” said Castor Pang, head of research at Core Pacific Yamaichi.

West Texas Intermediate crude oil advanced, while staying below $100 a barrel. Treasuries fell, taking 10-year and 30-year yields to the highest since 2019 ahead of the Fed decision later Wednesday. The yuan strengthened and a dollar gauge dipped.

A quarter-point Fed rate increase, the first since 2018, to fight high inflation is widely anticipated but there’s less certainty beyond that. While markets expect a total of seven such moves this year, policy makers also have to factor in growth risks emanating from Russia’s invasion of Ukraine.

“We will be closely watching the Fed’s dot plot, which we expect to signal five or six interest-rate hikes this year, more than December’s projections but in line with market expectations,” wrote Lauren Goodwin, portfolio strategist at New York Life Investments. “A dot plot projecting more hiking would likely be a hawkish signal and could result in an earlier yield curve inversion.”

In the latest developments from the war, Ukraine and Russia are due to resume talks Wednesday. A key adviser to Ukrainian President Volodymyr Zelenskiy called the negotiations “difficult” but said there is room for compromise. In Russia, President Vladimir Putin said Ukraine’s leadership was not “serious” about resolving the conflict.

Russia has begun the process of paying $117 million in interest due Wednesday on dollar bonds. The country would be in default if it doesn’t pay the coupons in U.S. currency within a 30-day grace period, according to credit assessor Fitch Ratings. The ruble strengthened in Moscow trading.

Elsewhere, the London Metal Exchange halted nickel trading minutes after it started, citing a technical issue with its new daily limit, as prices plunged immediately when trading resumed after a week-long suspension.