South African stocks have never been more expensive relative to their emerging market peers.
By Neo Khanyile, Bloomberg 22 May 2015  00:21

Sam Sithole appointed Sun International chairman
Small-cap opportunities, Orion Minerals on their plans and the rise of the cashless society
Corporate chaos, except where it was most wanted
CLICK THIS COMPANY MORE COMPANY NEWS SENS
ADCORP

BAT joins tobacco’s health push with energy-drink investment
BAT’s Vuse gets FDA nod amid broad review of E-Cigarettes
Is the market more interesting now than it was a month ago?
CLICK THIS COMPANY MORE COMPANY NEWS SENS
BATS The FTSE/JSE Africa All Share Index rose 9 percent this year, pushing the gauge to 17 times estimated earnings and increasing the spread over the MSCI Emerging Markets Index to the highest on record. Gains for 2015 are over, with no more returns seen for the South African measure for the rest of the year, according to Vaughan Henkel, an investment strategist for Johannesburg-based Stanlib Asset Management Ltd., which oversees the equivalent of $46 billion.

“The combination of stretched valuations and poor outlook for earnings are a difficult environment for equities in South Africa,” he said by phone this month. “We prefer cash as the best asset class until we see the equity and bond markets reflecting the risk we see.”

Holding back the stock market is a combination of a power shortage that’s hindering an economic expansion in the continent’s most industrialized nation, the risk of U.S. interest-rate increases that’s damping demand for riskier assets and wage demands not accompanied by productivity gains. These, plus struggling consumers and a government that’s reining in spending, are weighing on profits and pushing local companies to seek growth elsewhere.

Johannesburg’s all-share index has dropped 1.7 percent since reaching an all-time high on April 24. The MSCI Emerging Market Index has gained 8.8 percent this year to trade at 12 times estimated earnings. Yields on nine-month South African Treasury bills dropped 1 basis point to 6.26 percent at an auction on May 15.

Global industrial companies may be the biggest winners, Henkel said. “It’s not so much that they have fantastic opportunities; it’s just that the opportunities outside of the country, relative to inside the country, are better.”

More than 50 percent of profit on the JSE is generated abroad, according to Morgan Stanley estimates. The all-share index rose 0.3 percent to 54,275.26 as of 9:55 a.m. in Johannesburg on Friday for a second week of gains.

The National Treasury forecasts the South African economy will grow on average 2.5 percent a year from 2015 to 2017, half the rate the government is targeting by 2019 as it seeks to slash a 24 percent unemployment rate. Eskom Holdings SOC Ltd., which supplies about 95 percent of the country’s power, is asking customers to ration consumption as it struggles to meet demand. Labor productivity fell to the lowest level in 46 years in June 2013, according to a report that year by Adcorp Holdings Ltd., a jobs-placement company.

A drop in the rand has also helped fuel gains among the larger stocks on the benchmark as profits are boosted when sales are converted back to the local currency, according to Rhynhardt Roodt, who helps oversee the equivalent of $605 million as co- manager of the Investec Equity Fund. The rand has weakened 28 percent against the dollar since the beginning of 2013.

Among Roodt’s top picks are Old Mutual Plc, Africa’s largest insurer with operations in the U.S., the U.K. and Europe, Steinhoff, and Mondi Ltd., the largest producer of kraft paper and industrial bags in Europe. Mondi rallied to a record on May 20.

“Valuations are a little bit stretched so I would not be surprised to go through a period where there’s a bit of a correction, or at least a period of consolidation,” he said by phone from Cape Town. “One should not be aggressively allocating to equity markets at this stage.”

Given the manner in which Stanlib created ABIL Retention Funds to the tune of nearly R3 billion (including R458 Million for their Money Market Fund), why would anyone trust them with their cash 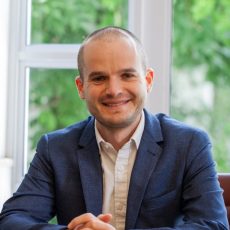