Is the market more interesting now than it was a month ago?
What Ninety One is buying and selling
Cape Town’s V&A Waterfront plans ‘jewel in the crown’ development in post-Covid future
CLICK THIS COMPANY MORE COMPANY NEWS SENS
BATS

Is the market more interesting now than it was a month ago?
SA stocks near a record as rand boosts banks
Markoorsig
CLICK THIS COMPANY MORE COMPANY NEWS SENS
RICHEMONT

Is the market more interesting now than it was a month ago?
Caxton makes strong profit recovery
What Ninety One is buying and selling
CLICK THIS COMPANY MORE COMPANY NEWS SENS
NASPERS-N Cape Town – The first eight weeks of 2016 have been incredibly volatile for the local equity market. Although the JSE is currently down only 4% for the year, it has been a period of quite severe market movements.

Some market commentators have have also noted that we appear to be moving into a different market phase to the one we have been in for the last few years. The big industrial stocks that have been driving the All Share Index are under-performing, while some of the stocks that were heavily sold off during this period are showing the most signs of life.

One possible explanation is that in a market that is mostly going nowhere there is more speculative buying. Another is that the wheel really has turned and that the phase of growth massively out-performing value is at its end. In this scenario, value stocks are now the place to be looking for returns.

The below list shows some of the most notable top-performing stocks since the start of January this year.

It doesn’t take much to identify the major theme. Resource stocks have rebounded in a big way since the start of 2016.

Gold counters have been the biggest gainers. Anyone who bought into Harmony in early January would have nearly tripled their money in the space of just a few weeks.

AngloGold Ashanti and Gold Fields are in a similar position. Both are still around 50% off their December 2011 levels.

Sibanye is the real exception. It hit an all time high in early February of over R50 a share, and is well up from the R14 a share it began trading at when it listed in February 2013.

There has been a bounce in platinum counters too, although Lonmin has continued to be the laggard and didn’t make the above list. It is up around only 5% this year.

Iron ore producers Kumba and Assore have also surged. Despite these gains, however, Kumba is still down nearly 70% over the last 12 months and Assore is down a third. At around R65 a share, Kumba is also a long way from the highs of R500 a share it reached in early 2013.

Steel producer ArcelorMittal is at least showing signs of life, but the gains since the start of the year need to be seen in context. At R7.25 per share, it is still more than 90% down from where it was in 2011.

Outside of the resource space, the notable gainers this year are Afrox, Aveng, Coronation and Imperial.

Afrox’s sharp rebound follows a 13-month period in which it shed around 40% of its value. It is now back at levels it was trading at in late 2014.

Aveng and Imperial are in much the same boat as ArcelorMittal. Despite the recoveries in their share prices, they are still a very long way from where they were four years ago. Aveng is still 90% off its 2012 levels and Imperial is down 80% since mid-2011.

In the case of Coronation, the stock lost nearly 50% of its value last year, which some would argue was a bit much. It currently looks reasonably attractive at a dividend yield of 8.5% and a price-to-earnings ratio of under 12.

While these shares have been making big gains, the big industrial counters that have dominated the bourse over the last five years have all come off. If one compares their performances with the shares in the above list with those of the, the contrast is clear:

Whether this is truly a new phase in the market or a temporary blip remains to be seen. However, the size of the discrepancy certainly suggests that something is changing.

I cannot see how after 7 weeks of the new year we can now identify bulls and bears, both of whom are a long term trend. All we see here is the spikes of a volatile market made even more volatile by Mr. Zuptas Nenegate saga. There is no clear underlying technical or fundamental indicator. Anglos is going bust and a lot of the other bulls have declared impairments. A lot of dead cat bounce here.

The change is here to stay. No more huge income for the Network of Global Corporate Control who control over 60% of the wealth of the worlds stock markets . Until such time a new method determining fair value is created for all of mankind the stock markets worldwide will continue to fall. Avoid the stock market until this new value determination is created. Linked with the Global Currency Reset with the Removal of FIAT currency (Federal Reserve Notes) to gold backed US Treasury Notes (USN). The network of global control can no longer just print Fiat currency. Wealth of the world belongs to the people!

Oh for a return to the Gold Standard …..

Pain in SA stocks to endure as bearish bets stack up

Pain in SA stocks to endure as bearish bets stack up 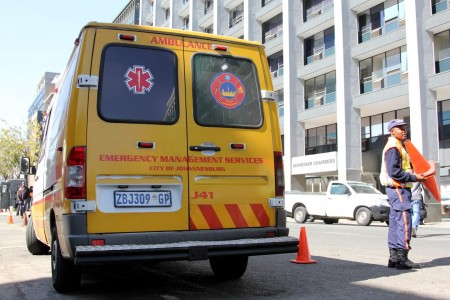