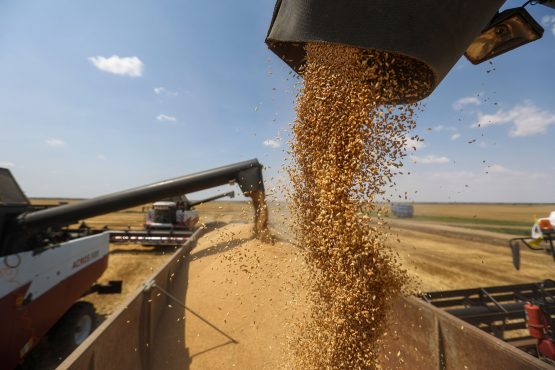 The turmoil in the global wheat market has abated somewhat, with traders seeking more clarity on supplies from the crucial Black Sea region as Russia’s war in Ukraine rages on.

About 28 vessels left Russian ports as of last week, carrying about 350 000 tons of staple crops, like wheat, compared with 50 vessels the prior week, according to Nabil Mseddi, chief executive officer of Geneva-based AgFlow, which focuses on collecting, aggregating and redistributing agricultural data. Vessel traffic at Ukraine’s ports remains at a standstill.

While Russia, one of the world’s top growers of wheat, barley and sunflower, will focus primarily this year on ensuring supplies are enough to feed the local population and keep down prices, the country will still have scope for exports. Then, it’ll be a question of freight and insurance costs, and navigating the complexity of sweeping sanctions imposed on Russia by a raft of nations. 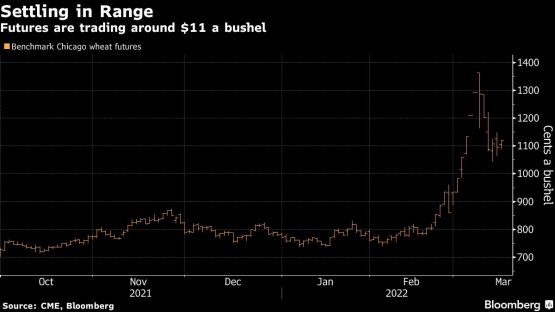 In war-ravaged Ukraine, a major grower of grains and sunflower, farmers may plant almost 40% less than a year earlier, consultant APK-Inform said in a note, citing a preliminary estimate. Still, sowing is unable to start in many key regions and supply-chain disruptions will hamper planting and yields, it said.

There could be “some additional restrictions on exports from Russia in the current season,” according to Andrey Sizov, managing director of consultant SovEcon in a tweet. “Domestic prices in Russia are likely to surge substantially during next week reflecting devaluation of the ruble. And domestic consumers are likely to put a lot of pressure on the government to do something about that during next weeks and months.”