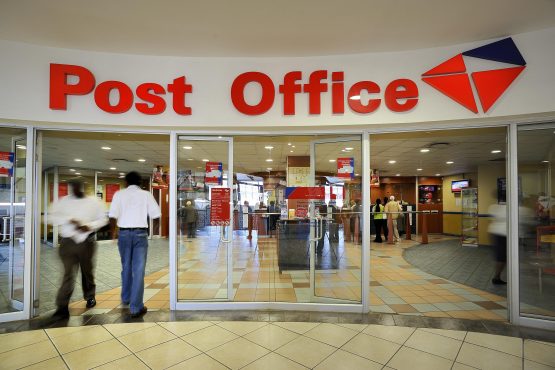 Sapo will appear at the Standing Committee on Public Accounts (Scopa) in Parliament after Sassa said the state-owned enterprise did not have the full capacity to take over social grant payments from CPS. Picture: Sapo

Mark Barnes, the CEO of South African Post Office (Sapo), will put up a fight with the South African Social Security Agency (Sassa) when he appears on Tuesday at the Social Development Committee and the Standing Committee on Public Accounts (Scopa) in Parliament.

This is after Sassa dropped a bombshell on Monday, saying that Sapo does not have the full capacity to take over social grant payments and replace incumbent Cash Paymaster Services (CPS) by March 2018.

Effectively, this means that the state-owned enterprise will not be the main paymaster to distribute more than R130 billion in social grants to about 17 million beneficiaries annually.

Barnes told Moneyweb that he would address the assertions made by Sassa during his Scopa appearance. He didn’t comment on the accuracy of Sassa’s assertions.

On Monday, Social Development Minister Bathabile Dlamini said Sassa would initiate another tender procurement process, which will begin in November, to secure the social grant services that Sapo is not capable of providing. This has raised fears that Sassa might not comply with the Constitutional Court’s order to phase out its current unlawful contact with CPS in the next five months.

The tender procurement process is expected to be completed by end February 2018, making it unlikely to meet the court’s deadline for phasing CPS’s contract by March 31 2018.

Sassa has already missed four self-imposed deadlines since August 2017 to sign the Sapo deal. The first report submitted to a panel of experts and the Auditor-General – appointed by the Constitutional Court to oversee the phasing out of the CPS contract – said it’s possible that CPS may still be required for the payment of social grants beyond next year.

Dlamini said its due diligence investigation into Sapo’s capacity to take over social grants revealed that it could only provide one of the four required services. The one service is the provision of an integrated payment system.

The other three required services were providing banking services (offering a prepaid debit card with a biometric data verification solution in line with the Payment Association of South Africa), card production capacity for social grant beneficiaries and the option of cash payments at pay points.

Sapo’s request for proposal (or proposal for tender) was assessed by Sassa’s bid evaluation committee on the basis of the technical due diligence findings by the Centre for Scientific and Industrial Research. Sassa made an initial social grant payment offer to Sapo on October 18.

She also accused Sapo of not disclosing to Sassa whether it would sub-contract the services that it couldn’t fulfill in distributing social grants. “This omission resulted in the bid committee being unable to assess the capacity of the Sapo sub-contractor, consequently making it impossible for Sassa to award the card body production element of the bid.”

Dlamini said Sapo’s bank, the Post Bank, did not have a fully-fledged banking license with the South African Reserve Bank and could have problems with online connectivity at many rural pay points. “It is a requirement that all banking solutions in SA should have online network connectivity for transacting purposes… The offline capability is, therefore, a pre-requisite for any service provider to participate in the payment and distribution of social grants.”

Sapo has more than 2 500 outlets across the country and operates Post Bank, which has 5.8 million clients with savings accounts. Dlamini said more than 1 200 of Sapo’s outlets have less than 100 square metres of operating space, making it impossible to expect its infrastructure to service millions of social grant beneficiaries.

Dlamini said Sapo could still participate in the distribution of social grants, but it would have to supplement its current points of sale with new outlets. “This can be achieved in a very short space of time, through the deployment of ATMs and point of sale devices that provide cash back.”

Sadly, the post office is incapable of dealing with the public on all fronts. They have a dedicated person to process vehicle licenses but for 3 months she cannot, because they have no paper for the printer.

Also, for an entity that is supposed to deliver communication, they have stopped/stalled their communication on social media. (Probably due to avalanche of dissatisfied customers).

The tone and attitude of Sassa’s statement is baffling, because, the Post Office is a government agency, therefore the two are essentially ‘sister’ organizations, who, ideally, should be working together.
Clearly there’s a sibling rivalry of sorts at play here, with SASSA seemingly uninterested and rather dismissive of the Post Office ‘lame’ attempts at finding a solution.

Bathabile know something or ‘someone’ we don’t ?
Or maybe CPS is the easy way out, changing service providers will invariably lead to a mess, maybe Batha realizes this, and doesn’t want the it on her hands, so the best option is to do/change nothing.

She is hiding the fact that she has agreed with current incumbents CPS to rehash and re-register the business under a new name via an MBO. This ensure her current R85m per year bumper harvest is still paid as is currently being done.
I have been part of the due diligence the CSIR undertook on the SAPO and even though there are challenges it is the better bet of the two horses?
Parliament MUST investigate the new tenderers for this system and they will see it is all smoke and mirrors – and exactly the same miscreants doing the same dodgy deals as before.
That is proper and true explanation.

There is clearly some underhand dealing here. Government contracts have been awarded in many instances previously on far less stable grounds and far lower levels of compliance. It seems that Minister Bathabile Dlamini is working hard to prevent the award to go to any supplier other than the present incumbent CPS, even though this has been established by the Constitutional Court as illegal. It seems that she fears that she will not get her backhanders via the Post Office, at least as long as Mark Barnes is in charge there.

The only concise proper presentation was mark barne’s. Everyone else was waffling as politicians do so well.

When Bati is around there is always something cooking.