Police and tourism ministries launch joint safety initiative, backed by the private sector, ahead of the festive season.
By Suren Naidoo 13 Dec 2019  00:11 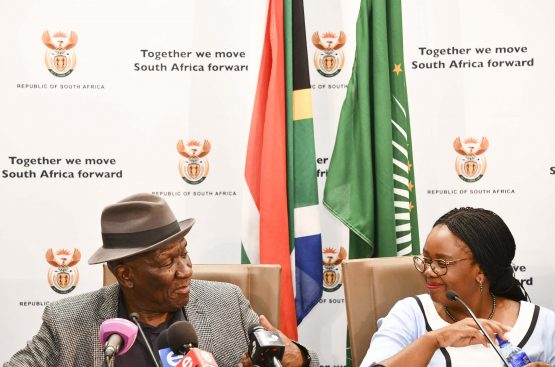 Police Minister Bheki Cele says 5 010 new police officers will be on the beat across SA this month, just in time for the December holiday peak.

He was speaking during the launch of a joint tourism safety initiative in Pretoria on Thursday, together with Tourism Minister Mmamoloko Kubayi-Ngubane. The new recruits, who are set to graduate on Friday, are expected to increase visible policing on SA’s streets.

“I will be presiding over the passing-out [graduation] of 5 010 new police officers, who will be unleashed out there,” said Cele, adding that some of them will be sent to tourism hotspots.

Listen: International tourism to SA in decline. Can it be salvaged?

The minister noted that greater visible policing, together with collaboration between other government departments and institutions, is important in establishing preventative measures to create a safer SA for locals as well as tourists.

He gave an update on tourism-related crimes that made headlines this year, including a robbery at the Mount Nelson Hotel in Cape Town, several incidents in Johannesburg where tourists travelling from OR Tambo International Airport to their hotels were followed and robbed, and the murder of a Ukrainian tourist on Table Mountain.

Cele said five people were arrested by the South African Police Service (SAPS) for the Mount Nelson robbery, while arrests have also been made in “the most unfortunate incident involving the tourist from Ukraine”. However, he raised concerns about increased reports of incidents in Mpumalanga.

“Gauteng at one time gave us a lot of problems with criminals following tourists from the airport. We created a special unit to investigate and follow those [incidents] up, and the results are quite good in terms of reduction of those incidents….”

He said there were 26 such reported incidents in January, but in February and March this dropped to eight. In April and September there were no such incidents, but seven cases were reported in November. “The means our unit is working, keeping people safer between the airport and their destinations.”

At the launch of the joint tourism safety initiative, the director generals of the police and tourism departments signed a memorandum of understanding to work together on tourism safety.

Kubayi-Ngubane welcomed the collaboration, saying that the Tourism Department is already playing its part, with more than 1 500 tourism monitors located at holiday hotspots and attractions countrywide.

She said the joint tourism safety initiative has also received the backing of the Tourism Business Council of SA (TBCSA). Some R40 million in funds from the Tourism Marketing SA levy, which the TBCSA administers, has been reprioritised towards dealing with safety issues.

“I really appreciate the support from Police Minister Bheki Cele and SAPS, as well as the TBCSA, in crafting this tourism safety programme.… Since my arrival in the Department of Tourism, the sector has raised great concern about safety affecting tourism, to the extent that our international arrivals to South Africa have dropped. Without a doubt, the challenges around safety had negatively affected our major markets,” she said.

“We have crafted a workable Tourism Safety Plan, which integrates (1) proactive preventative measures to potential incidents; (2) responsive measures that will ensure quick and effective operational response; and, most importantly, (3) an aftercare programme that focuses on measures to facilitate and provide victim support after an incident has occurred,” she explained.

Kubayi-Ngubane said the plan, which was developed in consultation with other government structures and the tourism industry, is aimed at responding to challenges around tourism safety.

“Our task as a sector is immense … the government understands the potential of this sector to economic growth and job creation,” she added.

“The joint effort between government and the private sector is evidenced today by these partnerships formed to deal decisively with the safety of our visitors and to ensure that South Africa remains a destination of choice.”

The TBCSA’s CEO Tshifhiwa Tshivhengwa, who has on numerous occasions lamented crime as an inhibitor to SA tourism growth, hailed the safety initiative.

“We are fully behind the preventative interventions that will be initiated in the interest of protecting tourists, both foreign tourists and domestic tourists… Today is a great day for tourism, especially when government responds to a dire issue that hampers tourist arrivals and the industry’s growth,” he said.

Tshivhengwa noted that the SA tourism industry, with the backing of President Cyril Ramaphosa, has an ambitious target to double international tourist arrivals to the country to 21 million by 2030.

It sounds great in principle but how good will these 5000 police officers be? I recently visited my local police station because I needed a case number for insurance purposes. Three police officers were working behind the counter and they were only discussed one topic i.e. leave. The discussion was about (1) many leave days do each have (2) when next will they be eligible to take leave and (3) how long do they need to work to accrue another leave day. If that is your attitude to your job, then rather do everyone a favour and quit. You are not going to catch many criminals.

There should be no policeperson capable of physical active service behind any counter in police stations but rather properly qualified clerical staff; this could be a huge employment opportunity for disabled people. Often these SAPS members cannot spell, construct a sentence or write properly.

If you can use a gun and chase a thief what are you doing sitting behind a counter playing with your mobile phone?

@jnrb Get over yourself bud, there aren’t many with dissimilar thoughts at any number of corporates. The police also have family to think of and make time for.

Clearly you have never worked in the private sector. I have for the last 23 years and if I displayed that attitude in front of my boss, he would tell me very quickly to go find another job. After all, it is very evident that the private sector is keeping this country going, definitely not the government.

All great and necessary but money could have been better spent if we did not have such a sick society.

5000 new cops to ensure that the masters of crime and corruption, the ANC can carry on with what they do best.

5000 wet behind the ears cops, useless like the rest of them. I would estimate that 50% of our SAP cannot run 50 meters.

the government can employ another 50 000 new police recruits, but if they are of same the quality of the current police force, it has absolutely no benefit to the already financially drained taxpayer who is actually paying their salaries – would be very interesting to see who was employed, on what basis were these people selected, for how long is their employment contract, etc or was it once again cadre “jobs” for some pals kids?

sorry for my negativity but did they have any decent training to date – something that will prevent a gang of them from dragging out an innocent woman out of her vehicle just because she stopped at a filling station iso along the road at night for her own safety.

Then one of them immediately goes on sick leave.

I willing to bet that the majority of these appointees have prior criminal records that would, under “normal” circumstances, precluded them from joining the police.

ps, the ANC see things differently. Being a criminal is what they excell at so another 5000 swells the ranks.

Well if the Gov/ANC had to employ another 5000 people thankfully they’re police (or similar) I for one am glad of this development.
& whilst learning on the job is not ideal at least it’ll create a sense of security for tourists to see visible policing in action. A move towards pro-active as opposed to the normal re-active never a bad thing. 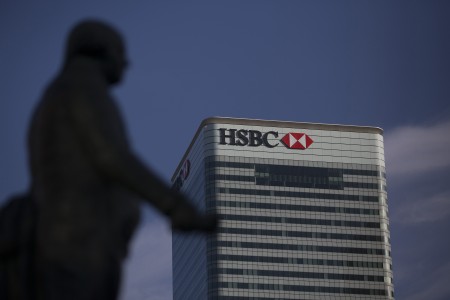