A safe space and support for whistleblowers

They are the heroes of good governance and our fragile democracy.
By Barbara Curson 23 Feb 2022  00:01 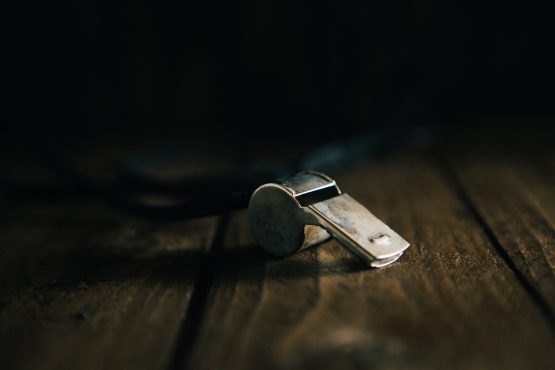 A group of concerned citizens, including state capture whistleblowers, has come together to form The Whistleblower House (WBH).

Its primary objective is to provide a safe space and support services to whistleblowers from both the private and public sector. The launch of WBH on Tuesday was hosted by award-winning journalist, presenter, author and whistleblowing activist Mandy Wiener.

Wiener emphasised the importance of the role played by whistleblowers in a democratic society, upholding ethics and good governance – while in reality they are treated as pariahs, becoming unemployed and unemployable. Wiener is the author of ‘The Whistleblowers’ (Pan Macmillan SA, September 2020).

Pillay said it is important to ensure that good governance and ethical conduct is entrenched in our institutions.

“Without brave whistleblowers we would be less of what we are.”

Whistleblowers uncover theft, fraud and corruption, and are then castigated, victimised and hounded, he said.

Whistleblowers are offered no support, and have to fend for themselves in a hostile environment. Some have lost their lives.

“We do not set out to become whistleblowers,” said Stimpel, who was suspended from her position as SAA group treasurer and thereafter lost her job. “This is a lonely journey.”

Of the 45% who did not report unethical behaviour, 31% did not believe that anything would be done and 32% were afraid they would be victimised at work. Examples of such consequences included: “You get targeted, bullied, emotional abuse – everything to get rid of you asap.”

Groenewald outlined the kind of abuse suffered by whistleblowers, including disciplinary charges, suspension, demotion, dismissal, injury (being shot at), negatively adjusting job duties, being transferred against their will, and non-promotion when promotion was due.

Theron said the common thread running through a whistleblower’s experience is that they are caught off guard. They do not have funds for legal support.

Theron said the WBH will:

Theron said the relationship between the whistleblower and WBH will be contract-based, to ensure that the whistleblower understands what the WBH can do. Risk assessments will take place throughout the process.

“The whistleblowing environment is sensitive and dangerous, hence protocols must be set up adhering to the letter of the law.”

Bianca Goodson, former chief executive officer of Trillian Management Consulting, is one of the founders of WBH. Goodson left Trillian in 2016, gave evidence at the Zondo Commission, and wrote and published ‘Before you Blow the Whistle’ (Bianca Goodson, 2020), available on the WBH website.

The trauma of a whistleblower

Mosilo Mothepu worked at Regiments Capital between 2007 and 2010, and rejoined the company in 2016, reporting directly to founding partner Eric Wood. She gave evidence to the Zondo Commission.

Mosilo is the author of ‘Uncaptured: The True Account of the Triallian Whistleblower’ (Penguin Random House South Africa, June 2021).

She provided an account of her experience as a whistleblower to the panel on Tuesday. She has been subjected to legal harassment, and her legal fees have amounted to R1.3 million.

Her medical bills, outside of that covered by medical aid, came to R420 000.

Her bond was cancelled, and she has been unemployed for two years.

Her life is in danger, and she can no longer afford a bodyguard.

Whistleblowers, at great cost to themselves, their lives, and to their families, have exposed corruption and malfeasance at both private and public organisations.

They have played a leading – and dangerous – role in exposing state capture. They are the heroes of good governance, and our fragile democracy.

Whistleblowers have also exposed the shameful lack of government will to provide legislative protection.

Protecting whistleblowers is an inherent part of a civilized society, but so is the ringfencing of the effect of corruption. The immense pressure on whistleblowers can only be alleviated when criminals lose most of their political power. People with political connections in a socialist government act with absolute impunity.

We have to restrict the political power of criminals and confine their ability to plunder taxpayers and intimidate whistleblowers to a smaller sphere of influence. The socialist policies of the developmental state, combined with centralization of economic activities and planning, and cadre deployment, is a death sentence for whistleblowers and a license to loot for the most unscrupulous members of society. No whistleblower can be safe in an environment where “accountability lies with the collective” because nobody accepts responsibility for the safety of the whistleblower, while perpetrators act with impunity.

We should privatize all spheres of government, from the national level down to the municipal level, in a transparent, free, and fair process, without any favoritism or political interference that created the oligarchs in Russia. Privatization will ringfence the influence of politicians, remove the power of cadres, bring competition that benefits consumers, limit the amounts to be plundered, internalize criminality, privatize losses, protect consumers, safeguard whistleblowers, and be in the best interest of taxpayers.