Implementation of Aarto, including the driving licence points demerit system, will have to be stopped.
By Roy Cokayne 13 Jan 2022  12:04 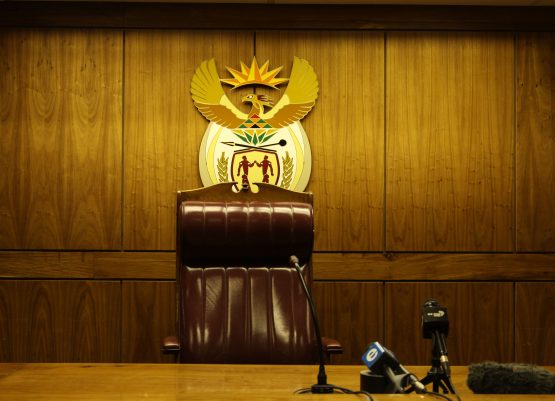 The Administrative Adjudication of Road Traffic Offences (Aarto) Act and Aarto Amendment Act, which provides for the introduction of the  driving licence points demerit system, have been declared unconstitutional and invalid.

This follows the Organisation Undoing Tax Abuse (Outa) lodging an application in the North Gauteng High Court in July 2020 to declare both acts unconstitutional.

The case was heard in the High Court in October last year, with Judge Basson reserving judgment.

In the judgment released today (Thursday), Judge Basson said the dispute is not about the desirability of this legislation, which provides for a system that, among other things, aims to penalise drivers and operators of vehicles who are guilty of an infringement or offences through the imposition of demerit points which may lead to the suspension and cancellation of driving licences.

“This dispute is confined to the narrow issue of legislative competence of national government to enact these two acts.

“In essence, it is submitted that the two acts are unconstitutional in that they trespass on the narrow constitutional areas over which the national government has no legislative or executive power,” she said.

Judge Basson said the crux of Outa’s challenge is that these two acts are unconstitutional because:

Judge Basson said Section 41(1)(g) of the Constitution stipulates that each sphere of government must exercise its powers in a manner that does not encroach on the geographical, functional or institutional integrity of government in another sphere.

She said the Constitution provides for one exception but only in respect of the functional areas listed in Schedule 5 and in accordance with Section 76 of the Constitution, where such infringement is, inter alia, necessary for some national interest.

“The onus to make out such a case rests with the national government. Apart from a cursory reference to Section 44(2) of the Constitution, no such case is made out on the papers,” she said.

Judge Basson said the Constitutional Court has, in a number of judgments, made clear that the executive power conferred exclusively on municipalities and provincial government may not be encroached upon by national legislation.

It was contended on behalf of the Minister of Transport that, should the court grant the relief sought by Outa, the court should suspend the declaration of invalidity for 24 months to allow Parliament to rectify the invalidity.

Judge Basson said the test for severability in constitutional matters is well established, adding that she is not persuaded that the offending provisions of the Aarto Act and the Aarto Amendment Act can be severed.

“Once the provisions relating to provincial roads or provincial traffic laws infringements or any provisions relating to municipal road, traffic or parking by-law infringements are removed, what would remain would not be able to give effect to the main objective of the statute, which is to create a single, national system for administrative enforcement of road traffic laws,” she said.

“There would also be no purpose in setting up the administrative machinery of the Agency [Road Traffic Management Agency (RTIA)] and the Appeals Board if the vast majority of road traffic infringements do not fall within their jurisdiction.

“It therefore follows in my view that the Aarto Act and Amendment Act must be declared inconsistent with the Constitution in their entirety,” she added.

Read: AA calls for Aarto rollout to be halted

Outa in its application cited the Minister of Transport, RTIA,  Minister of Cooperative Governance and Traditional Affairs (CoGTA) and the Appeals Tribunal as respondents in the case.

The Minister of Transport and RTIA opposed the application while the Minister of CoGTA did not oppose it and indicated it will abide by the court’s decision.

Judge Basson ordered the Minister of Transport and RTIA to pay the costs of Outa’s application.

Advocate Stefanie Fick, executive director of the accountability and governance divisions at Outa, said the organisation is very pleased with the court’s decision and believes that Aarto in its current format does nothing to improve road safety, nor does it reduce the scourge of road fatalities in South Africa.

“We are satisfied that the judgment will be sending government back to the drawing board,” added Fick.

“This time around, we trust the relevant departments will engage meaningfully with civil society to obtain our input when developing such important policies for the country. South Africa needs effective processes enabled by fair adjudication that complies with the Constitution,” she said.

Fick noted that the judgment signals another important win for civil society and yet again points out that government is out of touch with reality.

“It is unfortunate that government once again chose to ignore valid concerns and well researched input, and pushed ahead with the amendment.

“Not only did they waste a lot of time, but also valid resources, as the Aarto rollout will have to be stopped while the act is once again amended and taken through the legislative process. Only then can it be implemented,” she said.

So – Millions wasted over many years so far and there is actually no end in sight for the cadre’s opportunities to loot some more in the following years !!

And the endless looting for the control over everything continues unabated and this is merely a small speedhump in the road for the cadre!! They will gladly use more tax rands to fund the next assault on peoples rights !!

A classic example of the inability of anyone in involved in government to do anything properly. The wheels go round and round but never connect.

oops … one too many”ins” there.