Restaurants are now allowed to open for sit-ins, but alcohol ban remains in place.
By Palesa Mofokeng 13 Jul 2021  00:01 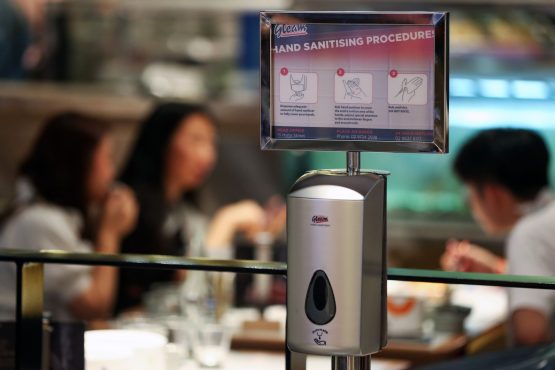 Fedhasa points out that it won’t be viable for many restaurants to open while they are not permitted to serve alcohol. Image: Brendon Thorne/Bloomberg

Although restaurants are now at liberty to open their doors to the public, restaurateurs say they still have some reservations.

This follows President Cyril Ramaphosa announcing on July 11 the extension of lockdown Level 4 for a further two weeks, with a few adjustments. He said restaurants and eateries may now open for sit-ins while observing strict health protocols, but the ban on alcohol sales remains in place.

“While we appreciate that President Ramaphosa certainly has heard the pleads and cries of the restaurant industry, we just don’t feel that they completely understood what we need,” says Wendy Alberts, CEO of the Restaurants Association of South Africa (Rasa).

“As we look at the decisions that have been made, we can’t comprehend who is actually representing the industry in the NCCC [National Coronavirus Command Council].

“We simply cannot pay our bills on the limited seating capacity that has been awarded to us,” says Alberts.

“There’s been absolutely no compensation, and if they want to keep our businesses closed fractionally, they need to compensate us ….”

She adds: “The industry is drowning in debt and simply will not survive through Level 4 lockdown without the support of government by bringing support to halt the debt payments that will ultimately destroy what is left of the restaurant industry in SA.”

Alberts says Rasa has called for scientific evidence that will outline comparisons between a pharmacy or a supermarket in relation to a restaurant.

“We [follow] all the protocols, have ventilation, and we [have] outside seating,” she says.

Alberts adds that Rasa has also called on government to allow the sector to further the roadhouse concept.

“We cannot continue with [the] exhausting mental, emotional and financial debilitation [involved in not being] able to run our businesses.”

Rasa said it is further calling on Minister of Trade, Industry and Competition Ebrahim Patel to pause all rental and bank loan payments.

In a statement, the association said it feels it is unconstitutional to deny the industry an opportunity to work and a fair opportunity to trade to its full potential.

“Government has a duty to support our industry, to effectively consult with us and find solutions that drive, support and ultimately bring minimal [economic] impact to our sector.”

Need for clarity on outdoor dining

Rosemary Anderson, chair of the Federated Hospitality Association of Southern Africa (Fedhasa), says while the association is grateful that restaurants are allowed to open, “there is confusion in the latest gazette in that it has dropped the wording regarding outdoor numbers and only refers to indoor.

“So, we are requesting clarification in this regard as to if outdoor dining is allowed – and what numbers of patrons are permitted,” says Anderson.

She added that it is “also cognisant that many restaurants will still be financially unviable to open while they are not permitted to serve alcohol.”

The liquor industry is going into its fourth ban since the start of the pandemic.

Speaking on the continued alcohol ban, Ramaphosa said: “We know that restrictions on alcohol sales reduce the number of admissions at hospitals and emergency rooms with alcohol-related trauma, such as motor vehicle accidents and interpersonal violence. Reducing alcohol harm frees up much-needed capacity in our health facilities to deal with Covid-19 cases.”

However, South African Breweries demands scientific evidence from government to justify the ban on the sale of alcohol sale, and the Beer Association of South Africa warns that it will legally challenge the decision as it commits itself to protecting jobs and livelihoods.

Tavern owners stand in solidarity with the liquor industry and are calling on liquor boards to waive annual licence fees for retailers, and for traders to be allowed to sell alcohol for home consumption.

Anderson says there is a negative effect on accommodation businesses too, and Fedhasa requests that Unemployment Insurance Fund Temporary Employer-Employee Relief Scheme (Ters) funds be processed urgently for employees of the hospitality industry.

“These are funds that the employees and employers have directly funded, and which deserve to [be] accessed at a time like this where employees and businesses are prohibited from working and operating their businesses.”

Other adjustments to the Level 4 lockdown include the reopening of venues such as gyms and fitness centres. Ramaphosa added that “activities such as agricultural livestock and game auctions will be allowed, subject to the conditions outlined in regulations”.

The following Level 4 lockdown regulations will remain in place until July 25:

The NCCC needs to be put against a wall.

The alcohol ban causes many alcoholics to become dangerous. They can go on the rampage and loot bottle stores. They can become the seeds of mass looting and general mayhem. No doubt the scientific advisors did not take this into account. Make a note to apologise again for making some mistakes and then carry on making them regardless.

How counterintuitive to ban liquor, when everyone knows that drunken master is the most effective technique against kung flu.

But seriously, the ban is the act of a criminal government being paternalistic and morally superior.

Al Capone ran a soup kitchen during the Great Depression. Apart from the psychopathy, racketeering and syphilis, what an awesome guy he was.

The “cure” has definitely become worse than the so called disease.

become? It already was 6 months ago

Anyone who has seen the lawlessness around the country and still wants to follow these corona mandates has no-one to blame for their naivety but themselves. Do you own risk calculations, make your own health decisions. Speak to your doctor. Trust your own judgement. Government has no right or ability to centrally plan a nationwide reaction like this. Keep your businesses open, keep your life going and put your family first – no-one is coming to save you when you lose your job, your business, all your savings or your house and you can’t feed your family. The fear-induced state they’re trying to keep everyone in is low-vibration energy. Elevate above it. Your natural rights have been endowed to you by your creator – they are not optional at the whims of the ANC.

Talking nicely to communists doesn’t work. Time for hardball. Take a leaf from the book of the taxi industry. Disregard all regulations and stop paying taxes. The loss of tax income focuses the mind of the communists wonderfully.