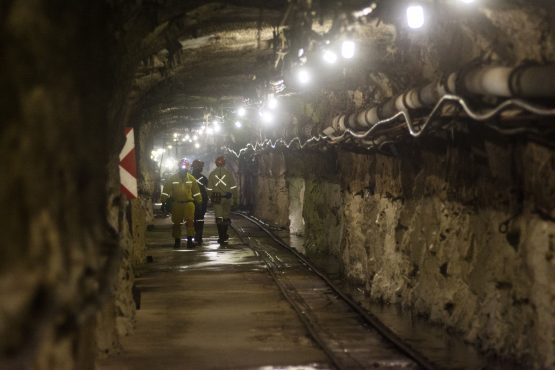 Anglo American Platinum shares headed for the biggest plunge in a decade after an explosion at a key processing plant forced the company to cut production estimates.

The South African mining company declared force majeure and said it’s unable to process material while repairing a converter plant at its Waterval smelter in Rustenburg, according to a statement on Friday.

Platinum prices jumped as much as 4.4%, the most since August, and palladium rose 3.1%. Amplats sank 14% in Johannesburg, the biggest drop on a closing basis since 2008.

The shutdown threatens to upend the platinum and palladium market, two metals that are prized by automakers for their role in helping filter car exhaust fumes.

The platinum market will see the biggest impact, said BMO Capital Markets. The bank estimated the market would likely shift to a 400 000-ounce deficit from a previous outlook for a 100 000-ounce surplus, analyst Edward Sterck said in a note. 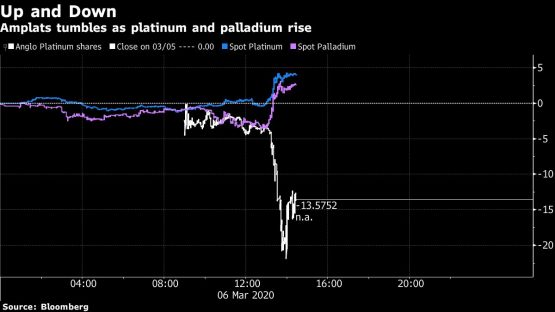 The reduced output from Amplats will add pressure to an already stretched palladium market. Persistent and growing shortages of the metal have driven prices to record highs. BMO now expects a deficit of 1.3 million ounces, up from 1 million.

For Amplats, the shutdown could stall a period of strong earnings growth. The company benefited from surging palladium and rhodium prices, as well as earlier moves to sell and mothball less profitable operations.

The shutdown will also affect producers including Sibanye Stillwater and African Rainbow Minerals that sent some metal to Amplats.

Sibanye is considering using its own facilities for some of the processing, said James Wellsted, a spokesman for the company.

Amplats may need about two years to clear the metal inventory build-up as a result of the shutdown, chief executive officer Chris Griffith said on a conference call.

Problems at the converter plant started after an explosion last month, Amplats said. The company moved to a back-up system, but has faced technical issues that pose a high risk of another blast. Prohibition is having far-reaching – and costly – consequences. 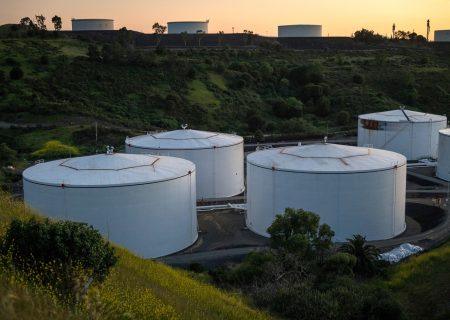