They have contributed to Mauritius and Botswana outperforming SA.
By Johannes Wessels 12 Jan 2018  12:24 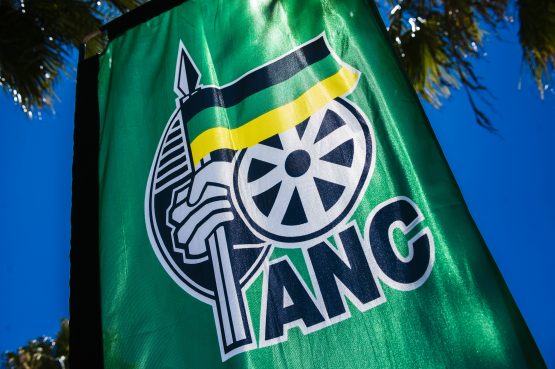 This article is an abridged version of an article that appeared first on the website of the Enterprise Observatory of South Africa.

In a week with tensions building up around university enrolment, the ANC Top Six under Cyril Ramaphosa sought the blessings of the ancestral spirits of previous ANC leaders Pixley ka Isaka Seme, Albert Luthuli and Josiah Gumede with ceremonies at their graves.

Having chosen Ramaphosa as leader by a whisker and unanimously embracing land expropriation without compensation, the ANC appears to be far more concerned about pleasing the ancestors, than providing policy clarity that will stave off a Moody’s downgrade and committing to growth.

Three of the main causes for this growing anti-business sentiment are:

The arsenal of strategies to achieve a reversal of the enterprise landscape of 1990 had placed transformation by pursuing racially defined targets in the economy at the centre: growth was a mere also-ran participant.

The mass establishment of black businesses is a central plank in Ramaphosa’s New Deal that he had announced during his leadership campaign. This approach was tried and failed magnificently. For more on this read this article.

The ANC however ignores available evidence on whether creating lots of enterprises actually has a significant effect on economic growth. The World Bank’s latest data on New Business Density (NBD) is relevant. NBD is viewed as an important indicator of a positive entrepreneurial and enterprise environment.

However, EOSA compared the NBD data on 68 countries for a ten-year period with 2006 as a basis. If a sustained annual high NBD would be meaningful, it should result in a higher improvement in GDP per capita than in the case of countries with a lower NBD. Figure 1 indicates there is no correlation between a higher NBD and an improvement in GDP/per capita. NBD figures are based on formal businesses incorporated on a limited liability basis and therefore exclude the more than 130 000 cooperatives that were also incorporated in this period. Read here for more information on this.

Of nine African countries (Botswana, Mauritius, Morocco, Namibia, Nigeria, Rwanda, Senegal and Zambia), SA had the lowest improvement in GDP/capita with 6.37% with Rwanda achieving 60.78%, despite the fact that SA’s NBD rate was nine times higher than that of Rwanda.

Growth has far less to do with new firm establishment than with good governance, policy certainty and ensuring a globally competitive environment for businesses.

SA, Botswana and Mauritius had a NBD-rate in excess of 80 new firms per 10 000 of the working age population, but SA recorded a substantially lower per capita growth rate (6.37%) compared to 45.44% for Mauritius and 25.5% in Botswana. The irony is that the ANC, through its policy mix, is exporting successful entrepreneurs to Mauritius and Botswana. The registers of the Mauritius Corporate and Business Registration Department and the Botswana Companies and Intellectual Property Authority indicate South African citizens are quite active in registering companies there.

Some of the surnames of directors in Mauritian companies younger than ten years are Botha, Basson, Coetzee, De Bruyn, Meyer, Van der Walt. Certainly not names that would garner any BEE points in the South African context.

They went there because of a more business friendly environment. It is no Van der Merwe joke that South Africa. through demographic-driven economics, has been exporting entrepreneurship and talent that could have contributed locally to economic growth and job creation.

Mbeki tried to walk the ideological tightrope between the diverging ideological constituencies of the ANC by trying to balance transformation (which has drags on company focus and investment) and growth. Mbeki had realised that transformation with charters, preferential procurement and racial targets would slow down growth and had to be balanced with high growth initiatives like GEAR and ASGISA. SA experienced a push-back of poverty during the Mbeki presidency due to his attempts to balance the negative implications of the demographic driven economics, but the ANC in Polokwane sawed off the ASGISA and GEAR end of Mbeki’s balancing pole and added weights to the demographic-driven end.

The much-celebrated policy milestone of Polokwane that pits the ANC against big capital and growth policies and strategies, became the millstone around the neck of the poor.

Many in the ANC now refer to slow growth as an unintended outcome. That is self-delusionary: slow growth is a direct outcome of policies pursued despite expert advice about the consequences. The ANC’s NEC and Parliamentary caucus closed their ears to the advice by Ricardo Hausman, as chairperson of the International Panel on ASGISA, that all should be done to retain the skills of white South Africans. Hausman argued such skills were essential for growth and job creation.

The anti-business choir sings the refrain about the market and growth not narrowing the wealth gap. By rejecting Hausman’s advice, the ANC killed off two approaches that would have resulted in a lower inequality:

No-one in the ANC since 2009 has had the courage to openly address this fundamental flaw in economics of exporting highly required skills due to a policy that is as steeped in racial preference/prejudice as was job reservation. The criticism that did emerge from within the ANC focused on corruption and poor service delivery.

While getting rid of corruption and better governance would improve the economic climate, growth that will roll back poverty and unemployment requires a radical revision of prevalent economic policy and strategy. Ramaphosa’s New Deal talks growth but details shackles. Read further on this here. It is in itself a lopsided balancing staff and has all the potential to reinforce the skills flight.

Think cancer will do anything positive and actually create a better society for their voters?

Because they are racists?

You cannot in all seriousness not place ANC corruption as one of the top reasons or main causes for having no growth in the SA economy, which in the end feed the narrative of this ‘growing anti-business sentiment’.

But one ANC cadres’ theft of the people’s (citizens) money is another nail in the coffin of growth.

Never has there been a time for deriving the best multiplier for each Rand spend than now and ironically never has the corruption and wastage of expenditure been greatest.

Corruption clearly contributes to low growth: also through erosion of business confidence. What the article states is that getting rid of corruption will not bring on sufficient economic growth: there are changes required at policy level as well

Thanks Johannes, pertinent article. Entrepreneurship has unfortunately become another social grant in many instances.

and people are complaining when Trump are calling a spade a spade…..they are making clowns ( van der Merwe’s ) off themselves.

Agree Trump can call a spade a spade but when Zuma calls for his machine gun that is Ok, or the Black First land First circus calls for the killing of white people that is ok, or Malema also talking about hatred for whites that is OK.

These guys need to catch a wake up, they have such issues with colour. Get over it now.

Yes, the logic according to the ANC: More economic growth with less skilled people.

At the micro level, that could be more pay for less (or no) work.

Let’s build a virtual monument to the cANCer movers and shakers of note:

I think merely using GDP growth as prime goal is incorrect. The benefit of GDP growth can accrue to only a small minority. This is likely to be the case if growth is driven by only a few firms.

It really is a strange article to publish given the populist backlash we are seeing globally. Articles like this just adds fuel to the socialist fire

I specifically used GDP growth per capita to compare small and large countries. If your argument would hold that the benefits of GDP growth accrue only to a small minority, why would that argument apply to SA with only a small increase in per capita GDP and not to Mauritius and Botswana with much higher increases in GDP growth per capita? Statistically we have shown that there is no correlation between the number of new firms (NBD) and economic growth.
The second issue that you touch upon is the one of small businesses or monopolies. SA’s only monopolies are the State-owned enterprises of Transnet, Portnet and Eskom (https://www.biznews.com/thought-leaders/2016/09/07/johannes-wessels-state-monopolies-a-double-whammy/ ) We struggle with too much concentration is some sectors, but in financial services or retail we do not have monopolies. More competition would be welcome in those fields, but especially in the areas where there are real monopolies.

The argument that small businesses create more jobs: bring the hard statistics on for that statement, since without hard statistics that statement remains an opinion. Haltiwanger and Caroline Freund and several others found that when one considers sustainable jobs (those jobs surviving for at least 3 years) small firms do not necessarily outperform medium-sized and large companies. The bulk of jobs created by small firms die in infant stage already… (https://www.moneyweb.co.za/moneyweb-opinion/soapbox/the-anc-and-the-da-not-barking-up-the-right-tree/ ) And for the firms that were incorporated in Mauritius and Botswana by ex South Africans: I maintain that our economy would have been better off with those businesses than without them.