The ANC’s support in Johannesburg could fall to 41% if half of eligible voters turn out for the November 1 elections.
By Felix Njini, Bloomberg 23 Oct 2021  13:19 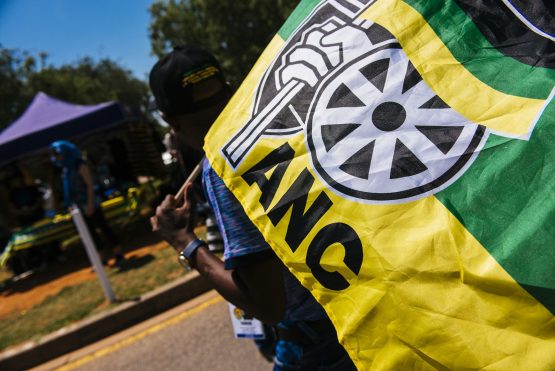 South Africa’s ruling African National Congress is unlikely to win a majority in Johannesburg, the nation’s largest city, or the capital Pretoria in forthcoming municipal elections, a News24 poll showed.

The ANC’s support in Johannesburg could fall to 41% if half of eligible voters turn out for the November 1 elections, News24 reported, citing the poll it commissioned. The main opposition Democratic Alliance would get 25%. The ANC received 45% in the 2016 elections, and the DA 38%.

In Tshwane, which includes Pretoria, the ANC would get 46% and the DA 26%.

The polling suggests coalitions will need to be formed to run Johannesburg, Tshwane and Ekurhuleni, the third-largest metropolitan area in Gauteng province, the nation’s economic hub. The DA looks set to retain control of Cape Town with slightly reduced support.

Losing the ANC’s outright majority in Johannesburg or Tshwane would be a blow to President Cyril Ramaphosa, who is trying to regain the confidence of voters after years of corruption-prone governance under his predecessor Jacob Zuma.

While the ANC has governed South Africa nationally since the country’s first multiracial elections in 1994, it hemorrhaged support in the last municipal vote five years ago in a backlash against Zuma’s rule. It lost control of Johannesburg and Tshwane in 2016, though it has since regained power in the former.

The polling done by Victory Research on behalf of News24 sampled 1 824 registered voters between October 4 and October 15, with a margin of error of 2.3%.

Can’t be – surely !!
No defeat for the mighty ANC and the Squirrel is possible !!!

The amount of money the ANC has stolen, wasted, corrupted away, in Jhb, is just staggering.

It is unsustainable to have the ANC in power.

Two thirds of the employees, employed by the ANC’s patronage system, do absolutely nothing.

The city will be much better off with the ANC. They are horrifyingly bad.

Watch, they will go into a coalition with EFF and EFF will eat them alive. Once those lunatics take power anywhere in SA we will miss the ANC.

The EFF is just a wing of the ANC. A lunatic wing, but a wing.