As NHI looms, should medical scheme members be worried?

Government medical schemes will be the first to be swallowed.
Letitia Watson 17 Jul 2017  00:21 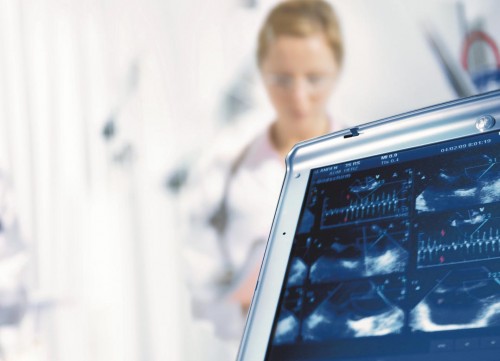 Disturbingly little is known about what the future holds for medical schemes in South Africa. Currently these schemes are a gateway, although a pricey one, for members to access proper healthcare in an environment where general state healthcare can depress the staunchest optimist.

Minister of Health Dr Aaron Motsoaledi, indicated that medical schemes will play a role in the transition to the National Health Insurance (NHI), but that appears to be the end of the road to providing South Africans with any kind of comprehensive health cover.

“The White Paper prescribes that, in the interim, medical schemes must consolidate their benefit options to end up with only one option per scheme,” says economist Elize Rich from research firm Econex. “With amendments to the Medical Schemes Act considered a priority during the second phase of implementation (along with the new NHI Bill and amendments to the National Health Act), the government seems to see these changes as imminent.”

The Council of Medical Schemes (CMS) also expects changes to the industry as inevitable. “The role of medical schemes and all that they currently stand for will over time change,” says Dr Elsabé Conradie, General Manager: Stakeholder Relations at the CMS.

According to the White Paper individuals will not be allowed to opt out of making the mandatory prepayment towards NHI, though they may choose not to utilise NHI healthcare services.

Conradie believes current scheme members should not be worried about this, “as the transition from the current dispensation to a full NHI implementation will only be fully realised in 2025. At that point in time the entire health system will look very different from what it is now”.

If government can fulfill the White Paper’s promise to “provide access to quality, affordable personal healthcare services for all South Africans based on their health needs, irrespective of their socioeconomic status” the loss of medical aid cover should not be worrisome.

However, this will require a massive, well-planned and reliable overhaul of the current healthcare system and there is very little practical detail in the White Paper on how this will be achieved.

The CMS also seems to be positive that this implementation will be successfully achieved. Conradie says scheme members should not be worried because their benefits will be comprehensively covered by the NHI package whose services will be provided by both state and private professionals as per contracting arrangements.

“The pooling of funds, the single purchaser approach that is advocated by the NHI will ensure affordability of goods and services as well as the sustainability of the funds, which is currently not the case,” she says.

Dr Jonathan Broomberg, CEO of Discovery Health, says that as the precise details of how the NHI will be implemented and the impact on medical schemes are still unclear, it is too early to comment definitively on the future of medical schemes.

“The Department of Health (DoH) has recently announced the establishment of a number of committees that will involve multiple stakeholders in the development of the details for implementation of the NHI. We hope to participate actively in these committees, and we are also engaging with the DoH to clarify some of the key issues and details of the White Paper.”

As taxpayers, another concern for medical scheme members is how government plans to fund the NHI. The key focus of the NHI reforms is to create a single, publicly-owned and administered strategic purchaser that will actively purchase healthcare services on behalf of the entire population from suitably accredited public and private providers.

The cost projections in the recently released White Paper have however not been updated and are the same as set out in the 2015 White Paper, and the initial 2012 Green Paper. “According to these projections and under certain assumptions, NHI is expected to cost R256 billion in 2025 (in 2010 prices) with an expected funding shortfall of R108 billion in 2025 (in 2010 prices). When these values are adjusted to reflect 2017 prices, the annual cost from 2025 onwards becomes a staggering R369 billion, while the annual shortfall amounts to around R156 billion,” says Rich.

How the funds will be accumulated are not very clear. Funding would be obtained through medical aid tax credits, payroll taxes, a surcharge on taxable income and the possibility of increasing VAT rate.

For the funding of immediate healthcare programmes, such as antenatal care and school healthcare, medical scheme members will apparently stand in the gap. According to the White Paper, the restructuring of the tax rebate and medical schemes tax credit will allow for increased revenue into the NHI fund (which is not yet established). This revenue will be used to purchase services on behalf of the vulnerable groups in the population as identified above.

Rich says the withdrawal of the tax credits and government subsidies for state employees could cause medical scheme cover to become unaffordable for many members. “Especially those government employees that depend on the government’s subsidy of their premiums.”

It seems that these medical schemes will be the first ones to be swallowed by the melting pot of a national healthcare system. If keeping to the unchanged 2010 timeline, this should be happening soon as the NHI Fund is supposed to be established in second phase, which is 2017–2022.

But Rich says while so many aspects of NHI are still unclear, the implementation is unlikely to meet the tight schedule. “Only time will tell whether any of these radical changes to the medical scheme industry will materialise,” she says.

YES because this government only knows how to operate 1 business S.A.R.S. The one that takes money from the hardworking and distributes to Corruption Central (Pty) Ltd.

When the government takes over health care it is guaranteed to bring down the quality. Look what they have now !!!!

It will end up like the road accident fund with no money in it and we will still be forced to pay for medical treatment out of the left over tax money we have.

Typo, was meant to leftover money after tax!

Trust me, at the pace at which Zuma and his cohorts are emptying the state coffers and the rest of our money is just being wasted, SA is going bankrupt in the near future. That means that SA will have to go cap in hand to the IMF and request a loan. The IMF only lends money on strict political conditions which will probably mean trimming the 2 million public servants currently on the gravy train. (It won’t make much of a difference since many don’t add much value in any case.) By that time, the NHI will seem like a distant pipe dream promised by cunning politicians to the voting fodder. The latter always looking to get something for nothing of course.

“According to the White Paper individuals will not be allowed to opt out of making the mandatory prepayment towards NHI, though they may choose not to utilise NHI healthcare services.”

So once again the pressured middle-class is milked to fund the inability of the State to supply health services with even more funds which will be stolen and wasted.

This is just another tax

This is why NHI will fail.
In 2015 there were 10 million lives covered by private insurance (Medical Aid). The spend was about R150 million.
The population of RSA is about 50 million. Therefore cover of everybody at the level of the current medical aid will cost over 750 million Rand (excluding building more infrastructure/staff etc for these new patients).
The total tax revenue is somewhat over a trillion Rand.
It’s just arithmetic. The money is not there.

This makes sense if the Rmillions are actually Rbillions (which I’m sure they are!).

IF NHI is introduced as espoused by anc this WILL mean the end of South Africa.

Skilled medical professionals will progressively emigrate in droves to be replaced by the uct/wits etc affirmative action <70% pass rate in matric doctors. They are there in the townships now and can do sfa of consequence. We have to take our maid to a private afrikaans speaking doctor to get some results.

So we must pay twice !