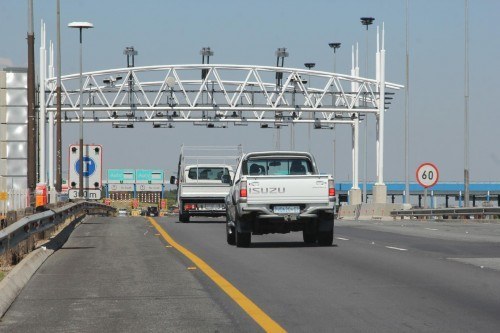 This means that unless road users were summoned or formally acknowledged the debt, they would be able to defend efforts by Sanral to recover the money by raising prescription as a defence in court.

With every day that passes, the outstanding e-toll debt incurred on the same day three years ago, would qualify for prescription.

Sanral told Moneyweb “Conservatively speaking, the civil claim of unpaid tolls does expire after three years unless prescription is halted. It is important to note that prescription is a defence that the debtor must raise and a court is not allowed to mero moto (out of own motion) take note of prescription.”

Sanral told Moneyweb it has so far “prepared 6 286 summonses” to be served by the Sheriff to road users. These summonses represent R575 million of outstanding toll fees. This, it says, is the first step to recover the total outstanding R6.2 billion.

It is not clear how many of these summonses have in fact been served.

The roads agency however says that non-payment of toll is both a criminal and civil offence in terms of the Sanral Act. Since criminal offences only prescribe after 20 years, the outstanding amounts are still recoverable, it maintains.

Sanral would therefore not quantify the financial risk posed by prescription.

Organisation Undoing Tax Abuse (Outa) chairman Wayne Duvenhage is however very sceptical about Sanral’s chances of success with criminal prosecution and asks how that will assist it in collecting the outstanding amounts.

He points out that transport minister Dipuo Peters earlier gave an undertaking that road users won’t be criminalised as a result of failing to pay e-tolls.

Duvenhage says only one in five users pay for the use of  Gauteng’s freeways and 2.9 million unique road users are in default. Nevertheless “there appears to be no acknowledgement in Sanral’s annual report that the scheme has largely failed in achieving its aim to repay the debt borrowed for the upgrade”.

This comes as the Less60% campaign aimed at encouraging motorists to pay their historic e-toll debts rendered only R146 million in discounted total payments so far and payment agreements for a further R123 million.

Since the campaign ended in May Sanral’s income from e-tolls has varied between R61 million and R71 million against a forecast of R101 million. The forecast was revised in May 2016. This is an under-recovery of between 29% and 39%.

“Our going concern is intact and we have sufficient cash to meet our obligation for this year and the next,” Sanral told Moneyweb.

I have often driven through JHB on the highways. Have yet to receive an account, there must be something wrong with the billing system. I don’t think I am the only one.

I don’t live in Gauteng. When I go there, I fly. In June/July I drove through Gauteng to visit the Kruger Park. Obviously I was never going to get an e-Tag – why would I spend the time and money for a once in ten years event? I received (towards the end of September)an invoice from SANRAL’s “Violation Processing Centre” for the grand sum of R5.08 (YES, FIVE RAND AND EIGHT CENTS)for passing one toll gate on the N12. I still don’t know where or where to find out where the Lekgwaba toll gate happens to be. This raises several questions in my mind. What did I violate? Should I have obtained an e-Tag for a once in ten years event? Seriously? How much did it cost to produce the invoice? And to mail it to me? How much will it cost me in transaction charges to pay the R5.08? Will SANRAL eventually issue summons against me? Prosecute me? I am waiting to see (not with baited breath, though). De minimis non curat lex springs to mind …

Exactly the point I made years ago, are they going to chase people all over the country for R5.08? how many are there of us must be millions now that owe R5. Unworkable and impractical.

Exactly the point I made years ago, are they going to chase people all over the country for R5.08? how many are there of us must be millions now that owe R5. Unworkable and impractical.
De minimus non curat lex, I agree.

@louisvv i wouldn’t be too concerned. If you do less than 30 passes through gantry in 12 month period, then there is no charge.

@cthru, I am led to believe that the “less than 30 passes” clause has not yet been enacted?

SANRAL is wrong again. It is unlawful to attempt to recover prescribed debt. And if SANRAL ‘could’ prosecute, why haven’t they done so in the past 3 years? Is it maybe because they are terrified a court will actually confirm what the rest of us already know and declare that SANRAL’s illegal conduct cannot be allowed in a democracy and the system is therefore void?

And re those forecasts, SANRAL keeps revising them downwards to try to make fantasy accord with reality. In Jan 2014, Inge Mulder said SANRAL needed R250m per month to be square. Then it was revised downwards to R120m and then R100m.

But capital financing doesn’t work like that. You have X debt over Y period at Z interest rate. If SANRAL can repay that debt at the original terms at the revised revenue forecast, then that would give even more confirmation that the system is illegal, since it would mean the original financial planning was wrong.

Honestly, just give it up already SANRAL. We are not interested in paying for your illegal system.

Well I hope OUTA are watching the fee increases on existing “successful” toll roads. SANRAL may just be tempted to hike these at well above inflation to make up the eToll fiasco losses.

How is the sheriff going to get through my ANC inspired household defences in order to give me my summons? How is he going to serve one in Soweto without the ANC inspired tire round his neck catching fire?

Time is a great healer and a lousy debt collector!

My understanding was that from the time of committing a traffic offence one had 2 YEARS to be be summonsed before the charge became null and void ? Are e tolls different ?