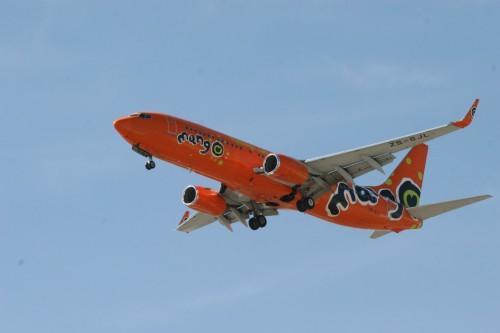 In an apparent effort to discredit the “much celebrated financial performance” of SAA’s low-cost subsidiary Mango and deflect credit for it from Mango CEO Nico Bezuidenhout, SAA has disclosed that it has been assisting Mango financially since it started trading in 2006.

This might put it at odds with competition law and provide grounds for a market investigation by the competition authorities, transport economist Joachim Vermooten told Moneyweb.

SAA issued a statement on Saturday afternoon, two days after news that Bezuidenhout – who headed Mango from its start – has resigned and will be joining regional low-cost airline fastjet. Read the full SAA statement here.

It said: “Mr Bezuidenhout’s departure is expected to have no impact on the operations and possible growth prospects of Mango Airlines. SAA materially contributed to the much-celebrated financial performance of Mango Airlines and will continue to support the airline should the need so arise.

“As an initial investment to subsidise the start-up of Mango Airlines, SAA sub-leased ten aircraft, at a significantly discounted cost to Mango Airlines, while continuing to pay the market-related premium to the lessor.  The aircraft are still in use and comprise the whole of Mango’s fleet.  SAA understands and accepts that this is a necessary investment and a demonstration of shareholder support towards an entity it has exclusive shareholding over.”

SAA and Mango have often in the past been criticised by competitors – especially Comair that operates low-cost competitor kulula.com – for distorting the market as, they argued, Mango is being assisted by SAA with taxpayers’ money. SAA has consistently denied this. In a statement issued on November 6 2012, then-public enterprises minister Malusi Gigaba responded to accusations by Comair CEO Erik Venter that this unlevel playing field led to the demise of 1time.

He said: “Mango remains, as from day one, an entity operating independently from its shareholder (SAA)….”

He said the only benefit Mango got from cross-subsidisation by SAA was aircraft sub-leases, but underplayed its value, judged by the recent SAA statement.

Gigaba said at the time the sub-leases represent “a transfer of existing SAA Group aircraft at the end of their lease terms to Mango at rates directly negotiated by Mango. In this regard it is prudent to point out that a State-owned company such as Mango, whilst conceivably benefiting from a lower cost of capital due to the nature of its ownership, conversely is penalised by the unintended financial effect of the National Industrial Participation Programme (NIPP), resulting in the company paying a marginally higher rate for capital assets such as aircraft than private enterprise competitors who are not subject to NIPP obligations.”

Mango competitor FlySafair said in reaction to Sunday’s SAA disclosure that apart from fuel cost, leasing and maintenance are the most significant cost in running an airline. “If Mango have been accessing aircraft at greatly reduced costs through the State, it would certainly point to anti-competitive behaviour that puts the other private operators at a marked market disadvantage.”

FlySafair said if the subsidisation went beyond start-up capital and is still ongoing, as the SAA statement suggests, “that would be cause for great concern.”

When Mango was launched in 2006, it raised concern that SAA would subsidise Mango, but both SAA and Mango insisted all along that all interactions between them are at arms-length.

“While competition law in other jurisdictions specifically prohibits the State subsidisation of airlines, this practice is not prohibited by South African competition legislation. The implication is that new entrants into the airline industry will continue to face a significant barrier in the form of a competitor that can sustainably price its tickets at below operating cost.”

Vermooten said leasing aircraft to Mango at a significantly lower amount than their actual cost to SAA, may imply a substantial cost benefit to Mango, effectively funded by government financial assistance, which underwrites SAA’s ongoing losses.

He said a substantial benefit on aircraft leases would distort market forces as it would shield Mango from the real market-related costs to which private sector airlines are exposed. “This would imply a structural distortion of the market, which may provide grounds for a market investigation or an abuse of dominance by the competition authorities or claims of predatory conduct by competitors by framing Mango as SAA’s fighting brand within the low-cost carrier market in South Africa.”

“For the first time they are admitting that SAA subsided Mango Airlines, which had always been denied by SAA and Mango management.”

She said it is now clear the billions of rands in government assistance to SAA has partially gone to Mango, that competes directly with private airlines, ten of which “were destroyed by SAA’s anti-competitive practices.”

Mango did not respond to a request for comment.

The mud slinging and the name calling. The competition board must now step in and check what has been going on. Comair may very well have a case such as the one they presented recently, and if they do, then SAA must be punished to the full extent of the law. Anti Competitive behaviour may be an indication of the lowering of its safety standards for profit.

Have the government no shame at all. Who is going to use SAA with all its issues and lies. My guess is that for the sake of safety – and the possible lies about their Company, passengers should boycott them until such time that a proper board is in place and the CAA have given a clean bill of health.

Competitions Board is very unliklely to make a meaningful negative finding against an SOE which is after all just one of it’s own….. a tax collection agency.

How breathtakingly out of their depth are the boards of our SOE’s. To put the entire entity at risk of competition enquiry, that would surely cost the taxpayer billions – all to ensure a competent, skilled CEO gets no credit. Same at Eskom after Brian Dames left. The real problem, in all our SOE’s – the Chairpersons, and the ministers to which they report. Next stop – SABC

I really would like them to stop confirming my preconceived ideas. I do not like them at all.

Where are the visionaries, philosophers, entrepreneurs? WE NEED GOOD NEWS!

The world has changed with social media and consumer awareness. Consumers should boycott both Mango and SAA.

Boycotting wouldn’t help because they’d get our money either way, and just use it to fly other country’s citizens around (or, to fly empty planes). The only solution is massive pressure to privatize — the government has no business running an airline, for goodness sake. It’s not the 1930s any more. Offer the kleptocrats lifelong sinecure if necessary. Pay them to go home: it’ll be cheaper than giving them huge salaries in order to find ways to throw away even larger sums of money.

This report is not really news. Anybody with half a brain knows that parastatals of communist/socialist governments are self serving and only pretend to be running a “business” for the purpose of profit and will never succeed because they are top heavy.
SAA/MANGOE probably have the highest percentage of auxiliary wackers to pilots of any airline in the world. these are not airlines but kleptocracies.
I never use these airlines.