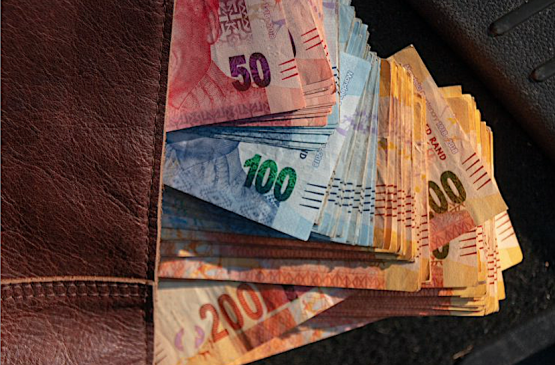 In its first month out, the scheme assisted 4 800 businesses. Image: Shutterstock

A month since the launch of the R200 billion Covid-19 loan guarantee scheme, South Africa’s commercial banks have approved R7 billion in loans to 4 800 small businesses.

There have been calls for the scheme’s criteria to be urgently amended: demand for funding is growing, but criteria hurdles hamper the release of the money to businesses in need.

The scheme was launched on May 12 and forms part of phase two of government’s economic response to the disruption caused by the Covid-19 pandemic. It is administered through the banks and largely guaranteed by National Treasury.

The scheme was formed to provide small and medium-sized businesses with a turnover of less than R300 million with commercial loans for operational costs.

In its initial phase, R100 billion has been set aside to be disbursed through participating banks Absa, First National Bank, Investec, Mercantile Bank, Nedbank and Standard Bank. Depending on demand this can be increased further to R200 billion.

In a media briefing, Banking Association of South Africa (Basa) MD Bongiwe Kunene said there were a lot of challenges related to the take-up of the loans in the first month, which she said “grew very slowly”.

Kunene mentioned a lot of issues that have been raised by commentators on the scheme, including that it was implemented too late into the lockdown when some businesses had made alternative funding arrangements or, worse, had decided to close their businesses indefinitely.

Further to that, the conditions attached to the loans – such as personal suretyship and the five-year repayment period in an uncertain economic environment – proved too much of a risk for other entrepreneurs reluctant to take on more debt.

The condition that loans cannot be used for dividends or for paying shareholder loans is also a deterrent, with Kunene saying this “disrupts financial planning” for some companies that receive their funding in the form of shareholder loans.

Everything up for review

Financial market research group Intellidex’s bank guarantee scheme proposal influenced the design of the scheme currently in place. Intellidex listed all the issues mentioned by Kunene as responsible for the bottleneck in the distribution of funds, in a recent discussion document.

“Revisions to the scheme’s final policy design are clearly urgently needed in order to ensure the full R200 billion is deployed rapidly and the concomitant stimulus felt in the economy,” said Intellidex.

Kunene said the banks together with Treasury and the South African Reserve Bank (Sarb) are in the process of reviewing all the criteria and that discussions have been ongoing since last week.

She could not give a deadline on when these would be concluded as it is a collaborative process but said they are “working as fast as possible”.

The scheme is meant to incentivise the banks to give out more loans while still lending in a prudent manner in line with their own credit risk processes.

In the first month banks received 29 700 applications, of which 5 200 were rejected because they did not meet the eligibility criteria set out for the scheme by the Sarb and Treasury.

An additional 5 400 applications were rejected because they did not meet the bank’s risk profile, while 14 100 applications are still being reviewed.

The limitation on the use of the loans for operation costs such as paying suppliers, salaries, rent, and utilities means they have not been a one-size-fits-all solution in a rapidly changing and dynamic business environment.

For instance, Kunene said Basa has come across businesses that are “faced with an existential threat” and would rather use the funds to pay for consulting regarding changes to their operating model to introduce, for example, e-commerce channels in order to reach more clients.

“In that case, that is a legitimate ask by the client but you find that they cannot be assisted because they are not saying we want to pay our workers or that we want to cover our operating costs for the next six months,” said Kunene.

Kunene said the process of rejigging the criteria has to also consider whether the cluster of entrepreneurs being assisted will still be open in Level 1.

At the moment the banks are responding to Level 3 and Level 2 clients, including those who were able “to hold it together” in Levels 4 and 5.

“We are solving for many moving parts simultaneously and we need to be careful that the flexibility talks to the level of financing that we are addressing right now,” she added.

In the event that banks call on the 94% government guarantee on bad loans not covered by the first two buffers, Treasury can issue an audit into the loans and possibly refuse to pay out if it finds that normal credit processes were ignored.

Intellidex said this is a “major design flaw” in the scheme because it undermines the purpose of increasing bank appetite to lend in a crisis environment.

The group has also called for the inclusion of large companies that are under distress in the economic response, stating that loans for those with an annual turnover of R500 million could receive explicit approval from the finance minister.

Intellidex stated that the scheme, which makes up 40% of the government’s R500 billion response package, is an important intervention to prevent firm failures and job losses and also has a higher multiplier effect than the other items in the package.

In a scenario where the R500 billion package is distributed fully, Intellidex forecasts that GDP will contract by 10.4% in 2020, and without it, the contraction dives deeper to 16.4%. This means the package contributes six percentage points to GDP, with the guarantee scheme accounting for up 5.1 percentage points of that.

“Without it, on our models, the GDP growth outlook is substantially weaker at around -15.5%,” states Intellidex.

‘This is clearly a far worse economic outcome and is precisely what the R500 billion package was intended to avoid.”

Let us look at this critically. South African businesses are being encouraged to take loans to the tune of R200 billion. Ordinarily banks would be cautious about lending in times of trouble as bad debts can severely impact their profitability. Enter the “COVID 19 loan guarantee scheme”. The risk of the loan in now shifted to the government. Let us translate: the taxpayer is on the hook. For a limited liability company what is there to lose? Shareholders can take large potentially rewarding risks at the taxpayers expense. Shareholders get the upside, taxpayers carry the can. One may have heard of a security called a “convertible debenture”. Why do you get such a thing? Basically, bondholders (lenders) want in on the upside by becoming shareholders (converting bonds to shares) if they are shouldering the risk and the risky high reward venture succeeds. For the COVID 19 loan guarantee scheme there is no upside for the taxpayer.

One should immediately be asking some questions: what is the effect on the money supply using a fractional reserve banking model? Well, the reserve requirements for South African commercial banks are a mere 2.5%. This means the banks lend R200 billion by creating guaranteed loans. This is then spent and redeposited in the banks as deposits. They can then lend out 97.5% of R200 billion which is R195 billion. This is lent out and redeposited in the banks as deposits. They can now lend out 97.5% of this R195 billion which is R190.1 billion. This scenario can play itself out until the money supply balloons to R8000 billion. A simple formula is R200billion/ 2.5%. This will not necessarily happen but current M3 money supply is R4073 billion. The SARB will reign this in before it plays out completely using interest rates hikes. Nonetheless, prepare for a huge increase in money supply and rising prices. The quantity theory of money (QTM) is flawed. It does not predict where money flows. It does not take cognisance of the velocity of money. Prices changes are a non linear phenomenon (slow then fast). In the USA this new money goes back into the bond market raising bond prices and further lowering interest rates. In the RSA new money goes into commodities. This includes raising prices of basic foodstuffs. Inflation will gather steam slowly at first then fast. Protect yourself. Get out of variable interest debt and bonds now. Buy gold.

The moral hazard lights are flashing.

It’s the rehypothecatuon part of banks that is wicked.

They are better off issuing R10000 to everyone above 18 on a digital ID card for redemption for basic food stuff.

Wonder what % of the 4800 businesses would fail to pay back. Masmart: Still no hard evidence of the turn around

A look at results from Afrimat, Investec and the trading update from Massmart.