Medupi and Kusile are still years away from completion and their projected costs have more than doubled.
By Paul Vecchiatto, Bloomberg 13 Feb 2019  06:06 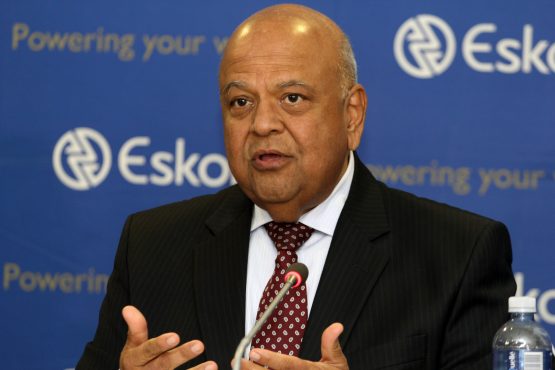 Two new coal-fired power plants being built in South Africa, which will be the continent’s largest once completed, are “badly designed and badly constructed,” public enterprises minister Pravin Gordhan said as the country reels under a third day of rolling blackouts.

The Medupi and Kusile plants, which were supposed to add almost 9 600 megawatts to the grid and be fully operational in 2015, are still years away from completion. Their projected costs have more than doubled to R292.5 billion.

The return to blackouts compounds worries about Eskom’s precarious position and the threat it poses to the economy. It’s also an embarrassment for the ruling African National Congress just three months ahead of national elections.

Medupi units drowning in ash as contractor forced to withdraw

Units belonging to at least six power plants including the two new facilities and Arnot, Kriel, Duvha, Matla and Grootvlei weren’t in service today, with Eskom having 27 305 megawatts of capacity available to meet peak demand of 30 033 megawatts, Gordhan said.

If as Minister Pravin Gordhan claims that the newly constructed coal-fired plants are “badly designed and badly constructed”, just why have we not got the powers that be to take immediate action against those responsible. How is SA ever going to recover if this sort of work is being approved of and produced by the government or by those that have been appointed agents on their behalf to create the Power Plants. The blame lays squarely on the governments shoulders. Nowhere else. Time for Gordhan and Ramaphosa to man up. But I guess you need balls to do that.

And why on earth spend R300 billion on badly designed power stations?

The Creator himself spent less on the Adam prototype.

Meanwhile, his own party’s spokesperson says loadshedding is the result of sabotage.

Both are playing the victim, to deflect from the culpability of the ANC.

“Looking to Italian engineers for help” So our own new engineers aren’t qualified well enough or our old engineers aren’t good enough? But 20 year’s ago eskom was still the best power utility in the world. So surely some of that engineers are still around? Why not ask them? I am sure they’ll be glad to help with a fraction of the current projected cost?

They have all left and besides what about the kickbacks under the table when consulting dodgy experts.

my first thought as well…..at least they are bringing in back the ” colonialists ” and not a Cuban or other communist cadre.

Project Management, engineering and pure logic were never applied to both projects.

If we have to import skills for things that have been built for decades in SA then there has to be a skills shortage or lack of brains somewhere!

Yes, because everyone knows that the Italians are the best engineers in the world. Were the Cubans and Venezualans unavailable? What a joke South Africa is.

Some more detail needs to be given as to why we need to import expensive technical expertise from Italy or any other country for that matter. I agree with some of the comments above because in my experience we have more than sufficient local capability to sort this out.

I think this type of thing is said to appease the uninformed in that “we are doing something about this”.

…..don’t forget the great wall of China but that would dampen the Wakanda theory

Don’t fall for it. Now they’re blaming design and construction for what is purely a maintenance problem on the new generators. Also, keep in mind that the Italian grids was nationalised in the 1940s and then privatised starting in the 1990s up to 2012.

The Engineer in Chief has spoken.

Gordhan’s lack of inability of anything is astounding.

This is the inevitable outcome of any endeavor that hires people based on any other criteria than skill.

Gordhan just gets worse and worse by the day, doesn’t he.

He seems to have been a capable collector of taxes i.e a bureaucrat.
Other than that just another communist cadre with lots of well ringing speeches, very little in the line of achievement.

And you seem like you play golf with Pravin.

Seems like the ANC is wasting more of our cash on paid trolls.

All SOEs and most municipalities are failing, the State itself is a failure, a failed State, because the underlying political system is a failure. No sane person expects a successful outcome from a flawed process. The very basis of our economic system, the political system, is a proven disaster. Socialism is the antitheses of free market prosperity. The failure of Medupi and Kusile is the way in which socialism expresses itself.

100%….the failure of these power stations is a symptom of a much broader political failure.

Throw in SAA, the SABC, and Denel and you’re looking at 4 entities that won’t meet their March salary bills.

The chickens are coming home to roost

can we have real engineers commenting on these design issues and not us from the streets and dispensary. Yesterday we had real engineers, like Mr Koko, hate him or like him and never experienced such shambolic load shedding. The solution lies herein in RSA, and now you want to bring in the Italian Mafia to do what exactly??? Gordhan and your ilk juss sit down and yield space to the real engineers to work. PLZ, mawekutibhowa manje.

Mr. Koko. You are joking right? He was at the helm while the disaster was being created. We are only seeing the consequences now…

When I read comments like yours, I realise even more how doomed this country is…

Suggest you read a bit wider than die Son!