By 2025, which would make it the biggest such factory in Africa and could help the least vaccinated continent tackle the pandemic.
By Janice Kew and Antony Sguazzin, Bloomberg 19 Jan 2022  14:47 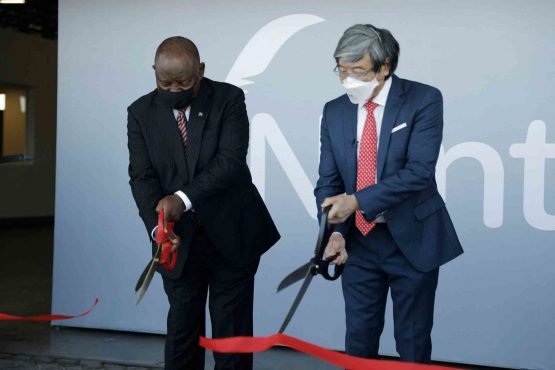 US biotech billionaire Patrick Soon-Shiong launched a plant that will produce a billion Covid-19 vaccine doses a year in Cape Town by 2025, which would make it the biggest such factory in Africa and could help the least vaccinated continent tackle the pandemic.

Africa has struggled to secure vaccines while wealthy countries were already giving their populations shots. To date just 10.1% of Africa’s 1.2 billion people are fully vaccinated. That compares with 62% of Americans and 72% of people in the UK.

Soon-Shiong’s ImmunityBio Inc. is developing a messenger ribonucleic acid, or mRNA, Covid-19 vaccine that it hopes will be used as a universal booster for earlier shots and may help end the pandemic by targeting the nucleocapsid protein at the core of the coronavirus, which is less prone to mutation than the spike proteins targeted by other shots. His South African venture came about after talks with Cyril Ramaphosa, the president of the country.

“We want to manufacture this in Africa for Africa and export it to the world,” Soon-Shiong, who was born in the South African city of Gqeberha, said at a press conference on Wednesday. “President Ramaphosa said ‘come home, we will make this happen.’”

The planned capacity of the plant is double what Soon-Shiong said in September could be achieved. BioNTech SE, which makes a Covid-19 vaccine with Pfizer Inc., said in March last year that the planned 1 billion dose per annum capacity of its Marburg, Germany-based mRNA plant would be one of the biggest in the world.

The plant, which could employ 400 to 600 people, is ultimately dependent on the vaccine his companies are developing getting approval. Trials are being conducted in a number of countries, including South Africa, Botswana and Australia.

In May, Soon-Shiong, who has a net worth of $9.9 billion according to data compiled by Bloomberg, said he would give an initial R3 billion ($195 million) to South Africa to help with the transfer of new technology for Covid-19 vaccines and other therapies, including for diseases such as cancer, HIV and tuberculosis.

The company will build manufacturing facilities and a biologics manufacturing campus. Technology, know-how and materials for DNA, RNA, adjuvant vaccine platforms and cell therapy will be transferred to South Africa, the billionaire said in September.