BMW’s electromobility drive is about to gain further momentum, with the Germany-based luxury vehicle manufacturer announcing it will be releasing the last Mini model with a combustion engine variant in 2025 and Mini will be exclusively fully electric in the early 2030s.

“We are electrifying BMW and picking up the pace of electromobility,” said BMW AG management board chairman Oliver Zipse on Wednesday.

The group has been producing the BMW X3s at its plant in Rosslyn since 2018, the majority for export to Europe and 15 countries outside Europe.

BMW South Africa general manager group communications Diederik Reitsma said on Wednesday its production strategy is based on a multi flexible platform and the plant can produce petrol, diesel, hybrid and fully electric vehicles on the same X3 platform.

However, Reitsma said this requires investment and technical amendments to production layout, as well as changes in supplier network.

“Based on demand, and projected demand, we started production of iX3 last year, and it is produced in China. The X3 PHEV [plug-in hybrid electric vehicle] is produced in Spartanburg [Germany].

“Based on future demand and normal production life cycles – normally around seven years –  the company will decide to add other production facilities to produce BEV [battery electric vehicles] or PHEVs.

“For obvious reasons, it is unusual to change the production process during a life cycle. When an investment is made to change production or add a new model, it will often happen at the start of a new life cycle,” he said.

Reitsma added that BMW SA’s current production outlook is positive and it is aiming for an increase in production in 2021 compared with 2020.

However, Zipse stressed that with BMW present in more than 140 markets globally it is not realistic that the same technologies will prevail equally in every country at the same time.

“That is why it does not make economic sense to pull certain offerings from markets which still enjoy demand,” he said.

Zipse said the fully electric BMW iX, with a range of up to 600km and short charging times, is the group’s innovative and technology flagship that will enable all future BMW vehicles.

“We are driving the transformation the company needs to ramp up e-mobility at high speed. The BMW iX is a good example of our technology offensive – and there’ll be much more to come,” he said.

Zipse said sales of its xEV (electric vehicles) are expected to grow by more than 75% compared with 2020 and by the end of 2021 BMW aims to have delivered more than one million EVs to customers since 2013.

He added that 2023 will be a key year for BMW in e-mobility, with 13 fully electric models on the roads.

“Positioning our BEVs in the high volume segments will enable us to ramp up quickly and achieve swift market penetration. By 2023, we will already have at least one fully electric model on the roads in all key segments – from the compact car segment to the ultra luxury class,” he said.

Zipse stressed that if demand in certain markets shifts entirely to fully electric vehicles within the next few years, BMW will be able to deliver.

He said BMW will by the end of 2025 have delivered a total of about two million fully electric vehicles to customers and will be growing its sales of fully electric models by well over 50% a year, over the next few years.

However, Zipse said the automotive industry will only be able to meet the current and future mobility needs with an open-technology approach for all drivetrains, including e-fuels and hydrogen, which will be an alternative worldwide.

BMW AG management board member for development Frank Weber stressed it was not for BMW to decide about the end of the internal combustion engine but the markets.

Weber said the ramp up of electric driving depends a lot on the charging infrastructure and what kind of infrastructure will be available in individual countries.

“Therefore we can only say that we have a degree of flexibility between electric and combustion engines so that we are both suited and can respond whether the end of the combustion engine comes sooner or later,” he said.

Zipse said the electromobility growth curve will continue to climb between 2025 and 2030 and BMW’s BEVs will see average growth of more than 20% a year during this period.

“To this end, we will be launching a radically new product offering in 2025. We call it – Die Neue Klasse – the New Class,” he said.

Zipse said the “Neue Klasse” is BMW Group’s global product offering for the markets of the future, adding the group see the “Neue Klasse” as a combination of an entirely new IT and software architecture, a newly developed electric drivetrain and battery generation, and a new level of sustainability geared towards a circular economy.

“How quickly each individual market gets there will depend on the availability of charging infrastructure,” he said.

Zipse’s comment coincided with the release by BMW Group of its 2020 financial results.

BMW AG management board member for finance Nicolas Peter said the second half of the year was the strongest in the company’s history, with more than 1.36 million vehicles sold.

Nice! But I hope that when all the petrol vehicles have switched to EV, there will be a reliable source of power, because Eskom cannot power this switch.

But…remember, if there’s NOT sufficient power from Eskom, you can always run a large generator (through the night, cheesing off neighbors) to charge your EV. Will need a jerrycan or two for fuel.

Perhaps BMW should go one step further and make the future Mini eatable for vegans..

Mr Leyland will turn in his grave.

Please, can Ford bring out a fully electric version of its MUSTANG 5.0 V8? Just drop the V8 nomenclature, and name the model a ‘rumble watt’

So instead of leaking oil on your garage floor, it may leak battery acid…

(FIAT must please stay out of EV’s, with their famed reputation of ‘Italian electrics…’)

The moral question owning EV’s in SA, with the majority of (coal fired) power stations situated in Mpumalanga, is that while you can enjoy a “clean” zero-pollution EV elsewhere in SA……all that you’re doing is:

“exporting pollution” from your location, to that of Mpumalanga.

Precisely – refer the First Law of Thermodynamics – there is no such thing as a free lunch.

And yes, one can argue, IF you have a sufficiently large off-grid PV-solar panels that can charge your EV from home…..you’re truly green?

Unless, if you factor in the CO2 footprint of PV-solar panel manufacturing cycle, mining for crystalline, and silicon smelters….and when a PV-solar panels expire at it’s end-of life cycle, they mostly all will end up in landfill sites, leaking chemicals.

Mini is a good model car for pure EV : basically a city commuter.

As to the usual anti-EV comments:
– a carport sized solar generates more energy than the car consumes per year and costs about R30k. So no: EV are not a drain on Eskom and they don’t spew coal plumes.
– our SA fuel is mostly coal derived. That means it emits more than double what refined oil produces in the same model ICE in say UK. 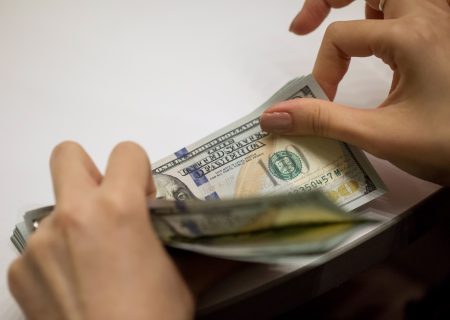