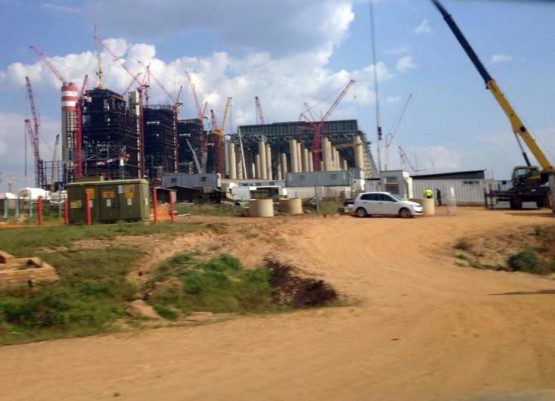 Moneyweb has learnt the suspicious amounts that flowed through a bank account linked to a key Eskom official since 2015 might be as much as R60 million.

This follows allegations that Tubular Construction Projects (TCP), a contractor at Eskom’s Kusile project in Mpumalanga has paid R20 million in bribes into the bank account of Hlakudi Translation and Interpretation CC. France Hlakudi, Eskom’s contract manager at Kusile and its sister project Medupi, is the only member of the CC.

Hlakudi allegedly colluded with leaders at Tubular to by-pass international power group Alstom and its sub-contractor SXP and have Eskom deal directly with Tubular in a R708 million Kusile contract that has since grown to R1.2 billion.

Both Eskom and the police are currently investigating the matter. Moneyweb has been told that the docket has been sent to the National Prosecuting Authority and arrests are imminent.

Hlakudi earlier denied the allegations. He would not respond in detail in light of the on-going investigations. Mike Lomas and Tony Trindade, implicated leaders at Tubular did not respond to Moneyweb’s earlier requests for comment.

Moneyweb has seen information that indicates that about 20 payments totalling R20 million have been made into the account of Hlakudi Translation and Interpretation from Tubular and its subsidiary Abeyla Trading since January 2015, the largest being two payments of R3.9 million each.

Payments from Tubular and other entities over the period totalled R60 million, of which R14 million was withdrawn in cash.

At least three other entities with apparent links to the construction industry made payments of varying amounts into the account over the period.

Eskom spokesperson Khulu Phasiwe on Thursday confirmed that Hlakudi as well as his boss Abram Masango were facing suspension in relation to the allegations of bribery and contract manipulation at Kusile.

Eskom received a progress report from the investigators on October 3 that seriously implicated Hlakudi in the bribery and manipulation of contracts at Kusile. It has taken more than a month for Eskom to take action against him. This only happened after the allegations were published by Moneyweb and other media. Unless he is suspended, he will remain in a position where he can continue to influence multimillion-rand contracts at Medupi and Kusile.

Phasiwe said Masango, who was group executive: group capital when the events occurred, has been served with a letter requesting him to provide reasons why he shouldn’t be suspended. Group Capital is the division responsible for Eskom’s new-build projects.

A similar process is underway regarding Hlakudi, he said.

Phasiwe said Frans Sithole, who was project manager at Kusile at the time but has since resigned, will also be called for any proceedings dealing with the alleged bribery and contract manipulation at Kusile.

Both Masango and Sithole are accused in the progress report of protecting Hlakudi, but little substantial evidence is provided.

Suspended Eskom interim group chief executive Matshela Koko gave an instruction on February 1 to have Hlakudi removed from Kusile and recalled Masango in March to work in his office. He then appointed Prish Govender as acting group executive for group capital. Govender has since been suspended over alleged unlawful payments to Gupta-linked Trillian and Peter Sebola is now acting in the position.

One of the six charges against Koko relates to his alleged unprocedural removal of Hlakudi and another worker at Kusile. He is expected to testify about the matter when his disciplinary hearing resumes later this month.

In the meantime, Koko has been named by suspended Eskom legal head Suzanne Daniels in parliament as one of the culprits in the unlawful payment of hundreds of millions of rand to Gupta-linked consultancy Trillian, but none of Eskom’s charges against him relate to the matter.

Koko’s disciplinary hearing is widely seen as a farce and Eskom has been accused of driving the process half-heartedly to allow Koko to be found not guilty and to return to work.

Can it get ever more scary? Who are the auditors? How di Ben Ngubane and his protege Brian Molefe explain this away? When will they be arrested?

The faith communities, the judiciary, business leaders and honourable community leaders will have to build alternative structures to the state. We need to channel taxes to an alternative body. SARS has become the piggy-bank of the looters. Our own taxes are being used to fund our enemy, Luthuli House, who has become the enemy of the nation.

Audit companies in every town can be used to implement public management- and grant payment systems. We are using current laws as an excuse not to rescue our future. These laws are the “barrier to entry” that ensure the ANC’s monopoly to loot. Law abiding citizens are handing the country to the Zuptas on a platter.

We can decide if we want to generate our own private electricity, treat our private sewerage, provide our own water and remove our household waste ourselves, or we can decide to do it collectively, but then we will have to start building that alternative network now. The old structures won’t survive the ANC.

I get where you come from, but there is one factor we don’t have in common with the examples you mentioned. To name that factor will be labeled as “politically insensitive” in South Africa, although the rest of the world will accept it as a fact.

Let me put it this way, farmers all over the country build their own sewerage systems, provide their livestock and their households with water, in many instances generate their own electricity with solar panels and maintain their own roads and infrastructure. Farmers have been providing for themselves for ever, now the people in towns and cities will be forced to do the same.

The state of the infrastructure in any society is only a reflection of the person who is ultimately responsible for it. On a national scale the buck stops with the average voter. A reasonable person will then come to the logical conclusion that the infrastructure and service delivery in South Africa will implode.

There is a “cheat” for this scenario where everyone digs his own pit-latrine. Simply vote for the DA.

Agree, upcoming ANC congress just a means of securing their own future “income and power”, the choices / side each make will decide “gaan hy ry of bly”,…nada for SA.

The ANC has succeed in one aspect and that is to divide a country in all aspects. I believe that this was one of their targets, a divided and chaotic state, on all fronts, race, colour, culture, business, education , and sport. Within this chaos, they are able to manipulate every situation and agenda to their own free will.

I think the whole of South Africa knew this was happening for years.

Just did not expect it to be on such a grand scale.

Its more than evident that Eskom is awash with cash. R30m pensions, R20m bribes, highly overpaid but incompetent executives, etc.
Hence we need look forward to a TARIFF REDUCTION in future years starting with 2018.

One has to question how the Auditor General conducts audits in SoE’s and who he protecting. Some of these “schemes” to get kickbacks are so obvious even a juvenile at school doing simple bookkeeping would have picked up these corrupt operations
When will a parliamentary committee really give the AG a roasting