Business confidence retreated from a three-year high in the first quarter.
By Odwa Mjo, Bloomberg 13 Jun 2018  14:05 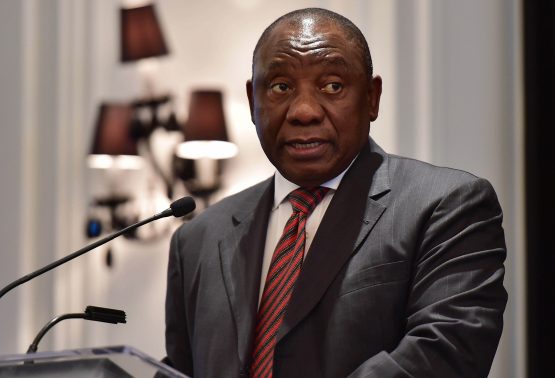 Ramaphoria is wearing off as business confidence slows. Picture: GCIS

South African business confidence retreated from a three-year high in the first quarter as the euphoria after the appointment of Cyril Ramaphosa as the nation’s president started to wear off.

The RMB/BER business confidence index fell to 39 from 45 in the prior period, FirstRand’s Rand Merchant Bank unit and the Stellenbosch, South Africa-based Bureau for Economic Research said in an emailed statement Wednesday. This means three fifths of the 1 700 respondents now regard prevailing business conditions as unsatisfactory.

So-called Ramaphoria has faded in the wake of record-high gasoline prices, the intensifying political debate around expropriation of land without compensation, and growing signs that the strong synchronised global economic upswing has started to fizzle out, they said.

Ramaphosa’s rise to power since December initially boosted sentiment and the rand following Jacob Zuma’s scandal-ridden tenure of almost nine years. The currency is now at the levels last seen before Ramaphosa replaced Zuma as leader of the ruling party and the statistics office said last week the economy contracted the most in nine years in the first quarter. The trend in business confidence remains upward, RMB and the BER said. To sustain this, political and policy factors that weigh down confidence, such as the Mining Charter and the government’s land-reform plans, must be resolved, they said.

“Acting on these initiatives cannot happen soon enough,” said Ettienne Le Roux, chief economist at RMB. “Global headwinds are mounting and domestically, the inflation as well as interest-rate cycles have, in all likelihood, bottomed out.”

Who could have thought otherwise, a new captain at the helm with a ship without a rudder, stormy seas and heading to the rocks, time to put on the life jackets, jump ship. Life boats already lost.

South Africa remains a very unfriendly and uncertain place to start a new business. Nobody explains to people that the services, education, land etc. they want for free actually comes from taxes. Unemployment rates increase every year resulting in a smaller tax base with fewer people having the ability to pay for something. Every small unhappy group shouts that they want to make the country ungovernable. An old ANC slogan now used against the ruling party. On any given day there’s about 20 towns where roads are closed and vehicles are burnt due to unrest. The main reason being lack of jobs, no houses, bankrupt municipalities. This snowball needs to be stopped and some unpopular decisions need to be taken.

2nd half of your last sentence, is “the elephant in the room”