But listed contractors are being bypassed.
By Antoinette Slabbert 11 Jul 2017  00:13 Companies in the construction industry should be able to make a decent return for shareholders, provided they position themselves correctly on product quality, price and service delivery, says Andries van Heerden, CEO of listed aggregate supplier Afrimat.

Investors in listed contractors in the building and construction industry have however seen the value of their shares drastically reduced over the last few years as companies battle to recover from the effect of problematic contracts and the collusion scandal that still haunts them.

In the fourth quarter of last year the ACI was at a two-year high and since the third quarter of 2010 it has expanded by 22.7%, more than double the growth rate of the economy as a whole (in real terms), says Botha. Profitability was generally under pressure.

HEPS of construction companies over the last 5 years The listed construction sector has had a lot to cope with over the last few years. Most notably was the R1.5 billion total penalty for collusion, agreed upon with the Competition Commission in 2013. As whistleblower Group Five was spared the penalties, but shared equally in the damage to the industry reputation.

The industry was branded corrupt and untransformed and subsequently battled to get government contracts.

In October last year, a further agreement was signed between the seven companies and government, which would settle possible civil claims from public sector clients for the collusion and address transformation.

It required an additional R1.5 billion financial contribution as well as huge transformation commitments by either selling an equity stake or assisting smaller contractor development.

By February, the seven companies had in aggregate paid R117 million in terms of the agreement. The next payment is due this month. Murray & Roberts has sold 100% of its construction and engineering business and Aveng sold 51% of Grinaker-LTA to black investors. Both exceeded the required 40% equity transfer.

WBHO, Raubex and Stefanutti Stocks have opted for the development of emerging contractors to enable them to sustain cumulative combined annual revenue equal to at least 25% of each of the mentor companies’ annual revenue by 2023.

Group Five, which is currently embroiled in a boardroom battle after the departure of former CEO Eric Vemer, sparked a flood of leadership resignations and Basil Read was still weighing its options.

Against this background, the structure of the market has seemingly changed.

Afrimat’s Van Heerden says there has been movement away from large contractors to smaller players. This he attributes to government policy to package contracts into smaller units and support small to medium companies, rather than the big players.

The names of the big listed contractors have in fact dropped off Afrimat’s list of top 20 clients, says Van Heerden.

Snyman agrees that it is due to the movement of government policy towards packaging projects in smaller units. He says listed contractors have high overheads and battle to compete in the current market.

The latest State of the Industry report by the South African Forum of Civil Engineering Contractors (SAFCEC) shows grade 9 projects contributed only 2% of tender activity in the first quarter of 2017.

The MD of a second-tier construction company who did not want to be named said this might be the result of several factors, including the damage to industry reputation in the wake of the collusion scandal and pressure from government’s constituency to gain entry into the industry.

He says that currently, companies are required to sub-contract large portions of big contracts. This facilitates fronting and builds in layers of inefficiency.

“The size of the cake stays the same. Nobody is really being empowered.”

He is of the opinion that Murray & Roberts did the right thing to exit the local industry. “They sold a relatively small portion of the business and got rid of a lot of their headaches with one move.”

He agrees that the listed sector battles to compete due to high corporate costs, which companies try to address through restructuring. To compete in future these companies will need a strong empowerment component. The unlisted sector is highly empowered and this has become imperative to be sustainable, he says.

Krüger says the order books of listed companies are not all that bad, but Snyman says as big government projects like Medupi and Kusile near completion, times may only get tougher.

Van Heerden says companies like WBHO and Raubex are able to look at the environment strategically and adapt to changing conditions.

He says the empowerment drive might be a blessing in disguise for the listed sector. To be successful in future, transformation will be a prerequisite to maintaining relationships, but companies will also have to change the way they do business to suit the needs of the current market.

And there you go construction is booming which is why M&R has abandoned that space – Group 5 is in turmoil & no more shopping malls to be built! I’m missing something!

Robert – that’s not unusual, I think its called South Africa

Where is the “boom” happening ? Certainly not visible from my vantage point.

just to keep everyone happy – todays headline from news24 –

see can do anything with numbers!

Bobby in Sydney – are you perhaps the saddest loser on the internet? Your value-less comments only serve to expose your own insecurities, craving for attention and deep-seated need to see South Africa fail. I would suggest your try to make a real-life friend and get out a bit more – life will seem a lot better!

Yes, the large construction companies are profit-orientated (that strange phenomenon that the socialists can’t understand) and not playing too hard sometimes; but a real industry in a real economy needs them to construct the real big stuff.

Banana republics with subsistence economics as attitude can break everything into piece-meal, sort of carry on and get nowhere.

The high overhead exists and needs to be paid for: in the current breaking up of construction packages, it moves to the client, which in the case of government and parastatal is funded by the taxpayer. Smaller packages = more procurement effort as well as more integration management etc etc on the client side.

Very short-sighted and talking to the BEE audience to praise the negative economy of non-scale.

Correction in the first sentence: “…… and playing too hard sometimes ….” Imagine going to a doctor who charges a fee according to your net worth: DoshGuide founder Rory Brachner explains the investment analogy. 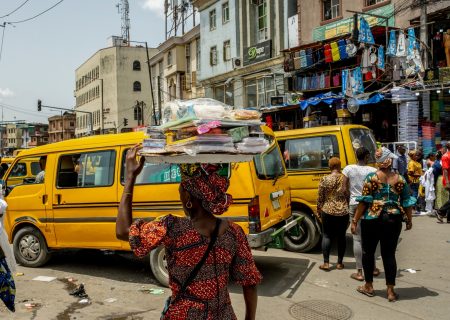 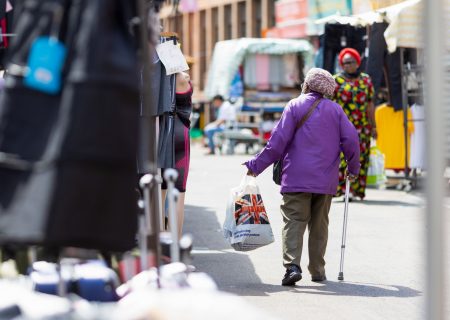