But emigration-related sales by South Africans continue to be an overall drag on the residential market.
Suren Naidoo 11 Jul 2019  00:39 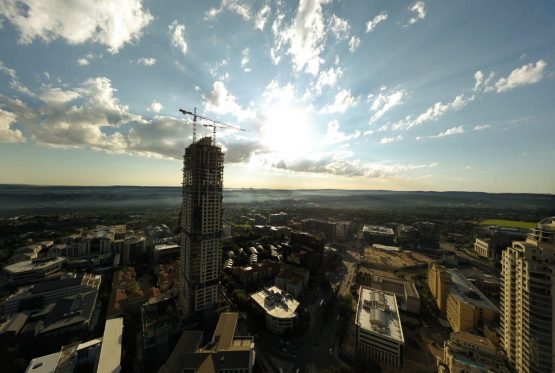 Sandton, SA's financial hub. A report by FNB shows that Johannesburg residential sales volumes to foreigners have risen from 2.6% in the last quarter of 2018 to 4.7% in the second quarter of this year. Picture: Supplied

There is increasing interest by foreigners in South Africa’s residential property market with wealthy people from other African countries driving the demand.

This is according to the FNB Estate Agents Barometer for the second quarter of 2019, published on Wednesday. The report is based on a survey of estate agents predominantly in SA’s six major metros.

In the latest survey, estate agents were asked to estimate the number of foreign citizens buying homes as a percentage of total domestic volumes in their respective local markets.

FNB economist Siphamandla Mkhwanazi says that volumes of residential property sales by foreigners are recovering from 2018 lows, now accounting for more than 3.7% of the domestic market.

In the report, Mkhwanazi notes that the improvement suggests foreigners “looked through the elections-related noise” and took advantage of attractive prices and the favourable conditions of trade (higher negotiating power).

“While many aspiring homeowners may have sat on their hands during the national election period, foreigners (presumably wealthy) used the opportunity to acquire domestic assets, most likely at a significant discount.”

Read: The taxman is coming for your rent

This, he says, has contributed to excess supply (predominantly in the upper-ends of the property market). “The net migration effect further deteriorated, due to emigration-related property sales growing faster than inbound foreigner demand.”

He expects net foreign demand to remain a drag on prices, until perceptions about the country improve materially. “This requires substantially higher GDP growth and tighter labour markets.”

“Demand is coming from countries such as Zimbabwe, Zambia, Namibia, Nigeria, Botswana, Kenya, Angola, Moçambique, Angola, the DRC, Ghana and Gabon, among others. The price range experiencing demand is from around R800 000 to approximately R5 million, with some enquiries and transactions up to R10 million and beyond,” he adds.

“Many are business executives, including entrepreneurs, either travelling regularly to South Africa on business or establishing bases from which to expand their operations, not only in South Africa but also in other African countries.

“As they may spend considerable time in the country, it makes economic sense to purchase a home here, a trend that is evident in Gauteng areas such as Fourways, Sandton, Sandhurst, Hyde Park and Houghton,” Bendall notes.

The latest FNB Estate Agents Barometer report shows that residential sales volumes to foreigners in Johannesburg have risen from 2.6% in the last quarter of 2018 to 4.7% in the second quarter of 2019.

It also states that foreigners have “continually played a less prominent role in the Cape Town market” over the past year, with part of this demand migrating to Durban and Port Elizabeth.

Ross Levin, managing director for Seeff Atlantic Seaboard, Waterfront and City Bowl says he is not surprised that emigrated-related selling is up, and that while more foreigners are buying compared to last year, it is still well below pre-2017 levels.

“Aside from emigration-related selling, we are also still seeing foreign-owned properties being put up for sale. Foreign buying as a percentage of overall sales in the Atlantic Seaboard/Waterfront/City Bowl areas has declined from around 20% to about 10% at best this year,” he adds.

Levin notes that the decline in foreign buyers in Cape Town is due to several reasons, including the Cape water crisis and resulting decline in tourism, however he believes it is predominantly being driven by economic and political factors.

According to Bendall, buyers particularly from Zimbabwe, are not only looking to buy residential property in Gauteng and the Western Cape, but also seek coastal holiday and retirement homes along the KwaZulu-Natal North Coast. He says there is growing interest in new development nodes like Sibaya north of Durban, while the Eastern Cape is also seeing interest in areas such as Grahamstown.

As economists keep repeating. The property market has been a bear market for over 10 years and once we go to junk. Interest rates will spike upwards and those all their personal debt will be hit HARD.I would suggest holding off buying a property right now. As interest rates rise property prices will come down. I laugh every time I hear “your home is your best investment. Most people pay it over 20 years and they also upgrade for another bond in their lifetime. A R 1 million rand property will cost you @ 2.159 Million over 20 years. Dr. Debt

Not sure it is the right headline though.

Maybe the fact that people are selling to emigrate outstripping foreign buying is more appropriate as it has a more significant impact on the market?

Too me that’s the story as those are tax payers leaving. The foreign buyers probably don’t pay tax here but use infrastructure.

I work in this space. This argument is 100% incorrect. The foreigners have gone and they aren’t coming back, save to rent, stay in a hotel and AirBnB. Buyers from Zimbabwe!!! I literally almost spat my coffee out …

Right on! This turned into a hilarious puff-piece! Gotto love statistics! Sorry Mr Naidoo, sounds like the people commenting here are talking up their own book hoping for some free advertising in the process. LOL!