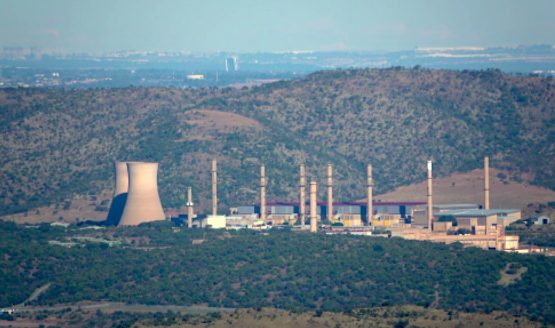 Cabinet has approved a replacement for the 56-year-old Safari-1 nuclear reactor at Pelindaba, which catapulted South Africa to world leadership in the production of medical isotopes used in the treatment of cancer.

The Safari-1 reactor is operated by the South African Nuclear Energy Corporation (Necsa) at Pelindaba, west of Pretoria. It will be replaced by a multipurpose reactor (MPR) which is expected to cost about R12 billion, with construction expected to start in 2026 and be completed in 2032.

“There will be some 5 000 direct and 26 000 indirect jobs created during construction,” says Necsa chair David Nicholls.

“The nuclear reactor will provide employment to about 750 full-time employees and an additional 3 800 indirect jobs for its operation and fulfilment of its research mandate at the NBLC [Neutron Beam Line Centre] during its operational lifetime.”

The MPR project moved into the feasibility phase in April 2021, a process that will last until about March 2023. Part of this process includes a request for information (RFI) from potential vendors, which will also indicate potential cost. The RFI is expected to go out to the market next month.

The new reactor will have a life of about 60 years and will have far greater flexibility and efficiencies than the current reactor.

Necsa CEO Loyiso Tyabashe says the new reactor will ensure SA remains among the top four producers of radioisotopes in the world and is able to continue its cutting edge research and development in this field.

The MPR provides a wider range of manufacturing possibilities and potential markets that can be harnessed, and will allow Necsa to produce new radioisotopes that are seen as the future in therapeutic nuclear medicine.

This includes the production of short-range radioisotopes that will be delivered by smart delivery systems to tumour cells, radiating cell by cell and thereby eliminating the cancer while preserving surrounding healthy tissue.

Relationship with regulator has ‘stabilised’

As Moneyweb previously reported, the National Nuclear Regulator (NNR) shut down the Safari-1 reactor on several occasions over violations of safety protocols, which were administrative rather than physical breaches of safety.

These shutdowns resulted in Necsa losing market share to competitors. Nicholls says the situation with the regulator has stabilised over the last year, allowing Necsa to regain lost market share.

Necsa currently has about 20% of the world market for medical isotopes.

Due to the short half-life of these medicines, products have to be shipped to patients within a day of manufacture to have the desired therapeutic effect. The reactor shutdown by the regulator forced customers to approach competitors capable of meeting the strict supply timelines for therapeutic treatment.

The reactor is widely used by researchers and academia in SA and across the continent, giving SA a seat at the nuclear table internationally. In a statement, Necsa says the MPR will expand these research capabilities and outputs substantially in that it will be equipped with a cold neutron source that extends the delivered range of neutrons to long wavelengths (very low energies).

“The inclusion of a cold neutron source in the MPR will also make it the only cold-neutron source available in Africa, and thus may attract interest from the region and continent,” says Necsa.

“This capability will be located at the Neutron Beam Line Centre (NBLC) that will be associated with the MPR and will act as a new large-scale research hub, equipped with an extensive suite of neutron-scattering applications.”

The new reactor will benefit the domestic and international healthcare sector, particularly in the treatment of cancer, through Necsa’s leadership in the research and production of therapeutic radiopharmaceuticals.

Other sectors that will benefit from the MPR are mining and industry, power generation, agriculture, geosciences, forensics and education.

“The MPR project is expected to have significant social, economic and environmental benefits for the country. A substantial portion of products will be sourced locally during the MPR construction, [and] thus boost the local and national economy,” says Nicholls.

The ANC will be a partner with the successful bidder and they will select a design that has never been tried before.

It will cost 12x and become operational in the latter half of the century.

Meantime we will import radioisotopes from Cuba at 10x the market rate.

Taking bets that the reactor will be of Russian origin.
Somehow weird that you already have a cost number if you do not have any enquiries out for this one off type of product !!!

Sad our expectations are so low. This is exactly the type of investment SA needs. I just hope we get real value and skills transfer. Not like those power ships they are trying to force onto us.

It will probably have a CCCP badge and from the cold war era.
Probably some old black market special from some ex Soviet republic.

Fantastic opportunity-Budget R12BILLION-real cost based on Medupi etc will be over R100 BILLION so a truly magnificent opportunity to steal and loot here!

And the stupid sheep support this stealing as like low end prostitutes they are bought for R 350 per month….the problem in this country is not the legally elected ANC-its their supporters who are the majority

Watch this space for design flaws, tender & procurement irregularities, poor contract management and cost overruns that will surely delay the completion date to about 2050 and exceed the initial cost estimate tenfold.

Save this somewhere so your children can quote it in years to come. NO IT WONT EVER cost this and NO IT WONT be operational by 2032. The upside is that property prices in Pecanwood should go up dramatically during the building phase.

I would really prefer this was built somewhere very far away from us. What could possibly go wrong. Lets pray the gauges are in English and not Russian or Chinese, mind you, it probably wont matter as the use of labels pre supposes the person about to push the self destruct button can read.

I can see the BEE hyenas – without their intense knowledge such a undertaking would be impossible to achieve – circling already. Hope there are enough Bentley’s and Range Rovers in stock…

Appropriately named Pelindaba – Zulu for “end of story” or “the conclusion” – the US originally co-operated with the Nationalist government in the production of isotopes for use in nuclear medicine.

SA, perhaps with the input of Israel, then developed the capacity to produce a nuclear weapon and eventually had to back down under international pressure. Imagine that capacity in the hands of Jacob Zuma!

But since then, like every other SOE and well documented by MW here over decades by Noseweek it has slid into acrimony and dysfunctionality.

If you want to depress yourself even further over the weekend, read the background to the usual BEE (Brown Envelope Empowerment) sleaze. https://www.noseweek.co.za/article/896/ALL-IN-THE-PEBBLE-BED-TOGETHER

Correction: not capacity but 5 warheads (I stand to be corrected). A Mirage or 2 was converted for delivery. Needless to say the ANC was NOT given these and they were destroyed to much fanfare but in reality to prevent handover

“Necsa currently has about 20% of the world market for medical isotopes.”

Does the business case work or will the taxpayer cover ongoing running costs? If it works why can they not find private investors?

There is too much money and too few opportunities.

While one should be celebrating the decision as an opportunity for the advancement of the country, unfortunately the ANC has show itself incapable of keeping their grubby paws out of large contracts like this which means it is likely to cost significantly more than budgeted and their choice of trading partners is normally based on emotion rather than sound business sense.