Short-term insurers and their clients eagerly await the Supreme Court of Appeal judgment in the case involving Guardrisk.
By Suren Naidoo 3 Nov 2020  00:01

Sanlam brags with good results
‘Of the insurers, I’d pick Sanlam to hold in portfolios at the moment’
Inflation to increase, no rate hike expected
CLICK THIS COMPANY MORE COMPANY NEWS SENS
SANTAM The ‘David and Goliath’ Covid-19 business interruption insurance court battle between Cape Town restaurant Café Chameleon and insurer Guardrisk must be finalised at Supreme Court of Appeal (SCA) this month.

That’s the plea from Nico Schoeman, owner of the embattled restaurant, speaking to Moneyweb on Monday ahead of the landmark judgment set for November 23.

“Our lawyer [Ren Dunster of Dunster Attorneys] motivated for the case at the SCA to be heard as an urgent matter, because we can’t afford for it to be dragged on any further.

“The case must be resolved at the SCA, which is the highest court for commercial matters in South Africa,” he says.

“We are glad that we managed to get a date just before the courts close for the year, but if the issue is not finalised at the SCA, it will spell disaster for Café Chameleon … The last seven months have been the toughest in our 22-year history,” he adds.

Schoeman says that since Guardrisk (a subsidiary of JSE-listed financial services giant Momentum Metropolitan Holdings) has declined paying out his business interruption insurance claims linked to the Covid-19 pandemic, the restaurant now has no option but to start retrenching staff. 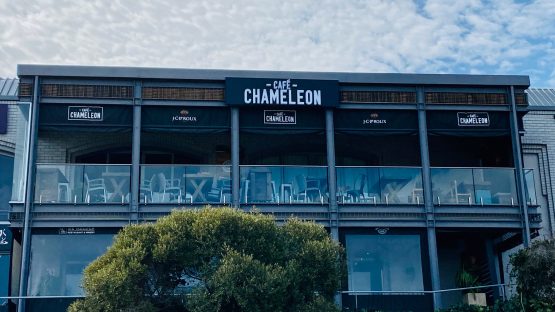 “Our case must be decided at the SCA and not go to the Constitutional Court. Any further delays will put our business in further dire straits. As we have taken legal action against Guardrisk, we have not qualified for any interim relief,” he notes.

“Their settlement offer does not make sense … Many hospitality businesses that have gone to court, like ours, are hanging on [for] dear life,” he adds.

Schoeman knows of other affected small businesses that have not accepted settlement offers but don’t have the means to go to court. He believes Café Chameleon’s case offers them hope.

“We are all hoping for a positive final outcome … Covid-19 has had a devastating impact on our business, and while the lockdowns have been eased, we are not trading as usual due to capacity restrictions and international travel also not being fully opened up.

“We are crawling back onto our feet, but with the Covid-19 UIF Ters benefit now also not being extended, we will have to cut staff,” he says.

Café Chameleon won a declaratory order against Guardrisk in the Western Cape High Court on June 26 related to non-payment of a claim linked to the Covid-19 pandemic. However, the short-term insurer confirmed in July that it would be appealing the ruling at the SCA in Bloemfontein.

“It is important that we do so in order to obtain certainty for the industry, our business and for our policyholders going forward,” Guardrisk said at the time.

“The issues we are grappling with, as highlighted by the court proceedings, are not confined to Guardrisk, or even to South Africa, as is evident by the extent of litigation around the same issues currently occurring in the USA, UK, Europe, and Australia,” it noted.

Café Chameleon’s case and high court win was even cited in the UK case.

While some insurers have taken the UK case on appeal, other have since relented and offered to pay out claims.

Guardrisk and other short-term insurers such Santam, Old Mutual Insure, Hollard and Bryte are arguing that the government-instituted lockdown is the reason for the losses. While these insurers have paid some claims where clients have proved Covid-19 cases within a specific radius, and more recently have offered interim relief and settlement offers to clients with infectious diseases cover extensions, there are several cases before the courts currently.

Another high-profile business interruption insurance battle, involving Ma-Afrika Hotels and Santam, has also come before the Western Cape High Court. The court is yet to rule on this case.

Dunster says he is confident the law favours Café Chameleon.

“We are looking forward to finality both for Café Chameleon and all businesses that have struggled through this [business interruption insurance claims battle],” he adds.

ICA, which has been very vocal in its campaign to try to get short-term insurers to pay out Covid-19 business interruption insurance claims, now represents around 800 claimants, including Ma-Afrika Hotels.

“Nico and Ren have fought hard to have their case heard at the SCA before the end of the year. As their case is precedent-setting, due to it progressing further [with Guardrisk now taking it on appeal], we want to also support Café Chameleon in its battle,” Wooley tells Moneyweb.

“Several cases are before the courts and SA’s Financial Sector Conduct Authority [FSCA] has said that they are no longer going to proceed with their own test case as there are enough cases before the courts to finally decide on the matter,” he points out.

In regards to Ma-Afrika’s case against Santam, Wooley says they are expecting a ruling from the court within the next couple of weeks.

“Santam has said it will appeal if the ruling is not in its favour … This means it could drag on into next year, hence ICA also backing the Café Chameleon case.”

Good on you Café Chameleon (Nico) and your lawyer (Ren). This is fantastic. The fact that you’ve stuck to your guns and won round 1 is brilliant – as is the fact that your success was cited in a UK case – double brilliant!!!

Guardrisk (Momentum Metropolitan) only appealed to put financial pressure on you guys in the hope that you backed down. I hope that the SCA plays ball before their calendar closes for year end. And I hope that you put the stuffing in them there too.

Interesting that ICA’s Ryan Wooley is now backing your case after pushing for their clients to take settlements. Hope he learns from your gutsy example – surely he could have organised a substantial number of ICA clients to go the class action route, but it seems to me they will ride on your coat tails. Hopefully your final victory will lead to a tidal wave of successful claims against the bloodsucking insurance companies.

Café Chameleon, please consider crowd funding for legal costs should it come down to it. More important to get clarity on this issue than to be drained of funding via an obvious play for time.

Luv it – and make sure the win comes with a ‘with costs’ award.

The true colours of this odious industry have been seen during this crisis. Extremely keen to take your premiums and very quick to point fingers at their customers for committing fraud. Far less keen to honour their side of the agreement, but very quick to defraud their own customers.

Well if Santam intends to appeal if it loses then skip the lower court & head straight to the Constitutional court. What poor client services…!

It’s all about the wording and that wording in relation to our constitution.

MOMEMTUM Again in the news for refusal to PAY!!
I hope you lose a million of your customers!!

Regardless of whether Momentum wins or loses, this case has caused them serious negative publicity.

The spend on advertising that will be required to fix this will be HUGE. And that is just to win back the lost ground. Had they adopted the approach – we don’t have to pay but we are so nice we will anyway – the positive publicity would have been worth another HUGE amount of advertising.

On balance, the business would have been better off. Pity the short-sighted execs don’t realise this, they were probably too worried there wouldn’t be enough for their bonuses.

Please, let us not forget that this havoc was caused by an incompetent government!

Am pretty certain in the policy wording is will pay for loss of income caused by “natural disasters” / an “act of God”…but not by willful, human cause.

But then one realise the government’s decision to hard lockdown, was a HUMAN intervention.

I thus come to a conclusion: our government is a “natural disaster”…a disaster, naturally waiting to happen.