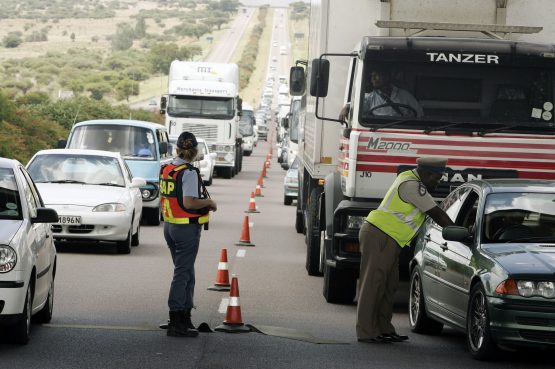 Motorists are at the mercy of a broken system. Image: Siphiwe Sibeko/Reuters

Appeals to the government to grant a further extension to the validity of driving licences are intensifying.

Read: Calls for validity of expired driver’s licences to be extended (Oct 2020)

This follows reports of a massive driving licence renewal backlog, the lack of capacity at Driving Licence Test Centres (DLTCs) in that these centres are unable to cope with the volume of motorists seeking to renew their licences and a problematic, ineffective and non-functional DLTC online booking system.

Both the Automobile Association (AA) and the Organisation Undoing Tax Abuse (Outa) have appealed to Transport Minister Fikile Mbalula to further extend the validity period of driver’s licences.

Attempts to obtain comment from Mbalula’s acting spokesperson were unsuccessful.

DA Gauteng shadow MEC for roads and transport Fred Nel said last week the Road Traffic Management Corporation (RTMC) has acknowledged that there is a backlog of 500 000 licences.

Outa CEO Wayne Duvenage on Monday appealed to Mbalula not to “force motorists to defy the law”.

“We find it preposterous that the government expects citizens to be law-abiding on driving licences when the very process they are expected to follow is defunct, ineffective and broken,” said Duvenage.

He said the government must engage meaningfully with all stakeholders to find practical solutions to the current driving licence renewal process.

He said one of the most practical suggestions proposed by Outa in recent months is to extend the period of validity for renewing driving licences from five to 10 years, which is a process applied in many countries around the world.

Grace period coming to an end

AA spokesperson Layton Beard warned motorists last week that the grace period for renewals of vehicle discs and driving licences ends at the end of August.

The AA said the extensions that end on August 31 cover two periods:

1. The first extension applies to the period March 26 to May 31 2021 and covers the following documents which expired during that time:

2. The second extension applies to the period March 26 to December 31 2020 and covers the following documents which expired during that that time:

Beard said the government has indicated that it will not consider further extensions, which will put even more pressure on motorists who have not yet renewed these documents.

However, Beard said that while the time is up for motorists to renew these documents, the time is also up for the government to fix the renewal system.

The AA again called on the government to find lasting solutions to the renewal problems, stressing that the failure of people to renew these documents is mainly due to “the broken system they are forced to use, instead of their unwillingness to do so”.

Outa said it has received many complaints from motorists, highlighting the frustration they encounter when attempting to renew a driving licence.

“Frustrations with the licence renewal system have been around for a couple of years now – especially in Gauteng….” said Duvenage.

“This was made worse by Covid-19 lockdowns and reduced capacity in DLTCs due to Covid-19 restrictions.”

Duvenage said in a modern world, governments are supposed to implement efficient processes that make it easier for citizens to comply with laws.

“Instead, our government seems unconcerned with the frustrations that motorists are experiencing when trying to book tests for new licences or for licence renewals,” he said.

Duvenage said motorists cannot take the blame for gross inefficiencies that should have been addressed by the Department of Transport a long time ago and the department will have no option but to extend the deadline again.

Outa believes the current driving licence problem is an extension of the Department of Transport’s inability to get on top of a myriad of administrative and other issues relating to the motoring public, including the defunct e-toll scheme, the Administrative Adjudication of Road Traffic Offences Act (Aarto), the inaccurate eNaTIS (Electronic National Administration Traffic Information System) vehicle registry system, unroadworthy vehicles, high road fatalities and the Road Accident Fund (RAF) debacle.

The AA said despite the grace periods granted for the renewal of licences and discs, many people have failed to renew these documents through no fault of their own.

“Government acknowledges there are problems at the DLTCs which renew these documents.

“Yet, despite this, no further extensions will be considered, meaning people are at the mercy of a broken system,” said the AA.

“These problems persist and will continue to persist until the government takes a bold decision to replace – not repair or revamp – the current IT systems along with increased human resources at DTLCs,” it said.

Motorists left with ‘no choice’

The AA added that although people have a willingness to renew their licences or discs, many are faced with excessively long queues caused by reduced staff at DLTCs, who often work with limited resources.

“We have received many emails and calls from the public complaining that computers, printers and eye machines are not working at the DLTCs.

“Reduced staff numbers makes the situation worse. In Gauteng the inability of many to access booking slots via the online booking system exacerbates their frustration,” it said.

The AA warned that the inability of many people to renew their documents will sadly “force many to drive with expired and invalid discs and licences because they do not have a choice”.

“People need to be mobile for a number of reasons – work, children, emergencies,” it said.

“If people can’t renew their documents because the system isn’t working, they will not stop using their vehicles; they’ll use them with invalid documents. It’s as simple as that.”

They’ve had major issues before CV.

The ‘online’ booking system is one. Try and book a slot in Randburg, Sandton, Kempton or Krugersdorp.

Any backlog that has been created, was created by them and it won’t be solved by them.

For any simple doc or query, which should take 5 minutes, be prepared to wait at least 3 hours.

And then it is demanded that you fill in the correct doc with copious detail, and then they print the same doc, and staple it to yours. WTF?

And then there are the que fraudsters who offer to fix your licence in five minutes for a bribe.

It is inefficient in its design and people running it are corrup.

Do they even have key performance criteria?

Maybe first step is to change the leadership immediately.

Aagh — there is always form RSA-200 to fix all problems on the road.

When you have an ongoing renewal system that is not working and you take a block of 6 months and dump it on top of the next 6 months is it not logical that you must extend the whole system.

To the half witted Mbalula obviously not….

Does anything work in this country ? Try to get a firearm license . Now that is a long story

On our way to being a licenseless society.

I’v heard there’s a R200 form that is accepted by all goverment officials, that supersedes most license or document requirements.

Just another thing touched by the anc that stopped working.

Queuing; SA s top pastime. And that is why we have so many public holidays – to compensate ordinary blokes who need to put in a day’s leave just to renew their driver’s licenses.