A bird's-eye view over Cape Town and the International Convention Centre. Picture: CTICC

Despite a year of great political and economic uncertainty, compounded by the worst drought in 100 years, the City of Cape Town has continued to attract investment.

About R24 billion of investment has, conservatively, been committed to the Cape Town central city since the start of 2017. This includes developments that opened their doors during 2017 (R3.5 billion), as well as those currently under construction (R4.5 billion), in the planning stage (R1.63 billion) or proposed (R14.2 billion). This is a step up from the R16.232 billion of investment recorded in 2016.

The figures recorded are conservative as the researchers only include confirmed values for developments. “Not all developers are prepared to reveal the estimated values of the projects with which they are involved. Hence, the actual figure would be higher than stated,” says Rob Kane, chairperson of the CCID.

With the City of Cape Town’s last official property valuation, released for the 2016/17 financial year, reflecting a value at the time of over R30.6 billion, the new investments listed in the report at R23.9 billion could see official property valuations in the CBD doubling within the next five to ten years. In 2012, when the first report was published, just ten new developments were listed – the 2017 report now lists 48, Kane adds.

Commercial property has held its own over the past year in the central city, with the 2017 report reflecting vacancies at 9.9%, while retail vacancies across the CBD stood at only 7% for the year under review.

“This is a year-on-year increase in R/m² of 21.72%,” says Kane. “However, we must also take into account that the average size of units has decreased. The central city, as it gains in popularity, is following the same trend reflected in popular cities across the globe: residents are settling on smaller living spaces so that they can be part of a vibrant downtown.”

Source: The State of the Cape Town Central City Report

Unsurprisingly, given its location as a premier tourist destination, Cape Town’s inner city is dominated by retail and entertainment facilities. However the presence of the Cape Town High Court ensures that the legal fraternity is well represented. The financial sector (banking, investment and insurance) remains strong and is the third largest sector in the CBD. The industries that make up the accommodation and travel sector have declined for the first time, according to the report, to fifth place. Instead the presence of medical professionals has more than doubled in the central city in the last year. This is due to the closing down of the old Netcare Christiaan Barnard Hospital and the opening of the new expanded, state-of-the-art hospital, of the same name, towards the foreshore.

The report also notes that priority industries with potential for investment and growth include the business process outsourcing industry, which with about 40 call centres located in the city, has been a big provider of jobs over the last ten years. In addition digi-tech companies continue to grow, supported by the presence of global e-tailers like Amazon. A more recent trend is the development of Cape Town as a knowledge hub for the green economy due to local and regional government support.

It is also worth noting that Cape Town avoided a downgrade from Moody’s last year, retaining its investment grade rating of Aaa.

However Cape Town’s poor spatial design and weak transport infrastructure threatens to hobble the growth initiatives detailed in the report. With this in mind the city has combined transport, urban planning, public housing and environmental sustainability under one entity. Five projects have been identified for investment in the improvement of existing public transport infrastructure or new infrastructure to ignite urban renewal, economic growth and job creation in these areas.

These include the Foreshore Freeway Project where six hectares of land will be developed that will include affordable housing and mixed-use developments while addressing traffic congestion; a new MyCiTi station will be developed at Phillipi East, developing the area as a key transfer point; in addition, the Bellville CBD will be revitalised by investing in public transport infrastructure which will catalyse other developments.

The city is also spending R3.3 billion on the water crisis. Of this R2 billion will be on capital expenditure and R1.3 billion on operating expenses.

Perhaps for these reasons Cape Town was ranked 21st on the Global Cities of the Future list, published by a division of the Financial Times. It was the only African city to make the list.

More development means more people and means more traffic and use of water.
This is not going to have a good outcome. You’ll see. I predict water riots this year.

This has been my point all along.

Densification and over-development without any regard for resource (water/traffic) constraints has been the hallmark of this DA-run city.

This is all going to end in tears for some….

This is because the people who control the DA are ruthless capitalists – in this case, property developers get to pocket profits, while the tax payer gets to pay for the infrastructure that makes their profit possible. Another example was the DA’s shadow minister of economics championing some casino development – an enterprise which is entirely negative, destructive, and parasitic on the real economy. See the pattern ?

The last bastion of South African civilization analyzed for decay

South Africa really is in a sad state when Cape Town is considered to be the prime holiday destination and the ”La La Land”of choice for Jo’burg semigrants.
The locals are unfriendly and cliccy
The weather is kak
No trees to talk about other than around Newlands and Constantia.-just tundra
The journey from the airport to the Cbd is one massive squatter camp
The service in the restaurants is atrocious- slapgat junkies attending to the tables.
The price of accommodation is actually more expensive than rural Germany and Italy.
I am OVER that place

Cannot agree more.Find the Capetonians not a very friendly to outsiders. The traffic is a nightmare. Actually cheaper to fly to some exotic holiday destination like Mauritius for a 2 week holiday than visit CT.Sad.

Always the bitter joburgers whose property in Randburg has shown negative growth for the last two decades that are negative about Cape town. Stay away!

One thing I have realized about Capetonians in general, they have all their eggs in one basket. And that basket is property.

So many young couples are breaking their backs paying bonds of >R25k per month on mediocre house in the Southern Suburbs. They barely have a decent medical aid, let alone retirement or savings. The furthest they can go on a holiday is Hermanus or Langebaan.

Not bitter Angelo Joe , just tired of being ripped off by an overpriced overrated dump.
Much better value elsewhere

The Water problem is already being dealt with now that the ANC have released appropriate funding to this municipality….the low cost housing initiative is ongoing and could be one of Cape Towns successes. Transport and dealing with the huge influx of the homeless are priorities that need urgent attention. Otherwise, Cape Town is a fantastic face for multiracial South Africa where all have had a part to play in its 300+yr history as a civilized entity.

I spent 5 days in Cape Town in April. The weather was great, my showers were short, the traffic was no differentv to Durban and the Cape was as beautiful as always. I found everyone polite and service was fine so I am not complaining. Just my exoerience to balnce the views expressed Working patters have shifted thanks to the pandemic. 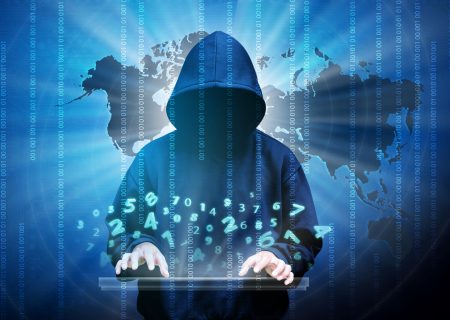