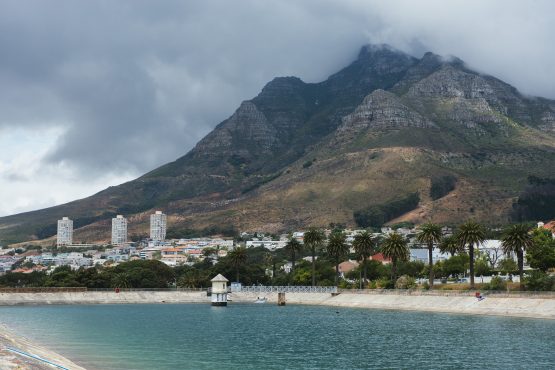 The water crisis afflicting Africa’s top tourist destination is credit-negative as it will reduce revenue at a time when the city has to boost spending to ensure supplies, Moody’s Investors Service said in a report on Monday. The report doesn’t constitute a rating action, said Moody’s, which has an investment-level rating on Cape Town’s bonds.

Municipal water revenue contributed about 10% of Cape Town’s operating income in 2017, a proportion that is set to dwindle as the city restricts water usage. At the same time, spending on crisis management and water supply projects will increase, Moody’s Associate Analyst Daniel Mazibuko said in the report. Two main industries — tourism and agriculture — will feel the effect, leading to lower employment and tax income, he said.

“Other effects include threats to public health from poor sanitation and, more generally, to social order, which is significant given Cape Town’s marked income inequality,” Mazibuko wrote. “If the crisis persists, it remains to be seen how the city will cope with the unfolding crisis’ potentially wide-ranging consequences on the city’s finances and economy.”

Cape Town is in the throes of the worst drought on record, and water levels in its six main supply dams have plummeted to an average of 26.3%, from more than 90%  four years ago. With the winter rainy season still about four months away, residents may find themselves lining up for a daily allocation of 25 liters (6.6 gallons) each from April 12 unless water usage declines sharply.

The city last accessed the bond market in July, when it sold R1 billion  ($84 million) of sinkable securities maturing in 2027. It has a total of R5.2 billion outstanding in four bonds, according to data compiled by Bloomberg. Moody’s rates the debt Baa3, the lowest investment level and on par with South Africa’s sovereign rating.

Cape Town’s policy of maintaining a strong liquidity ratio and conservative debt management, with a debt burden of only 11% of operating revenue, will help mitigate the effects of borrowing required to implement capital projects over the next three years, Mazibuko said.

Dear People from Cape town: Depending on your outlook of the water crisis, it might be a wise decision to buy a Sawyer Mini water filter for R500 . It filters almost all bacteria and protozoa out of the water at a relatively low cost. Go watch some reviews on the Sawyer Mini water filter ( i am beginning to feel like a salesman now ) , it can easily filter up to 100 000 liters. Rather have it and not need it, than need it and not have it. PS. The city of cape town is not updating their dam levels, kinda makes me wonder..

There is no water to filter my dude.

(duh) What i am trying to get across is, any contaminated water source ( river, pond, fountain, small dam, stream, burst pipe’s water that run down the street ) + Saywer Mini = Drinkable water. The water provided by the authority may run dry, but there are always small patches of water that can be made drinkable like i mentioned above.

A urine filter may be more useful:

The next city to face a downgrade must be Nelson Mandela Bay, not because of a similar water shortage (lucky for that Gariep dam link), but because of facing a massive influx of water-stricken refugees from the Western Cape.

You both have valid points (OK, not too sure about the notion of getting water from burst pipe, if the taps are dry 😉 That would be called a miracle). Yes, you have to have water to start with to filter.

Such a filter will come in handy, indeed…especially if the product works off a “gravity feed” filtration principle. One can also google “gravity feed water filtration”, as there’s many home-made/cheap solutions like using soil/organics/plants. (…my grandfather used to say “…water only needs to run over seven rocks in a stream, then it’s drinkable” 😉

A gravity feed system can thus be used in conjunction with water obtained from a Dehumidifier-system, or water-drip from outside aircons (if an “AWG” cannot be afforded). Such water is considered “grey”, as it contains pathogens/bacteria/harmful metal trace-elements.

The complete (but costlier) option is your “Atmospheric Water Generator”(AWG) which operates like a Dehumidifier on steroids (based on refrigerant/compressor cycle), with integrated water filtration system to produce pure drinking water. (expect it to be power-intensive and cartridges needs replacement)

So there’s merit in any type of gravity feed filtration setup.