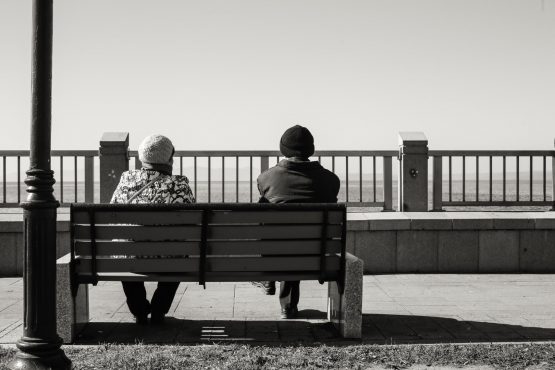 In two recent cases the dependants of deceased employees lost out on life insurance they believed was in place. Image: Shutterstock

The dire state of South Africa’s municipalities is hardly news – and recent developments show that it’s not just the residents in badly governed areas who are suffering: the incompetence of municipal employees is costing their colleagues just a few offices down the passage millions.

The effects of delays in the payment of pension fund contributions and the non-payment of life cover premiums became evident after two employees of the Maluti-a-Phofung municipality in the Harrismith area of the Free State passed away.

Their dependants approached the office of the Pension Fund Adjudicator (PFA) – in two separate complaints – after Sanlam, the pension and provident fund provider, did not pay out the life cover claims.

It is telling that the adjudicator, Muvhango Lukhaimane, dismissed their complaints without her office calling for a hearing and listening to the evidence.

Sanlam cancelled the life insurance that had been part of the pension package – for all of the employees of the municipality – ages ago because the municipality did not pay the risk premiums.

“Having considered the written submissions before the adjudicator, it is considered unnecessary to hold a hearing in this matter,” Lukhaimane says in her reports covering the complaints.

One complaint was submitted by the daughter of one of the deceased, and the other by the son of another employee who passed away.

The complaints were similar, as were the rulings.

In one case, the employee joined the municipality’s pension and provident funds in 2012. The funds were moved to Sanlam in 2014.

At the time, the provisions of the Sanlam funds stated that the “employer contribution included the cost of providing risk benefits” as well as “the premiums payable for separate risk insurance”, according to Sanlam’s submissions to the PFA.

Sanlam said the municipality failed to pay the contributions on time, so much so that the insurer lodged complaints to the PFA in February 2018.

“The funds decided to terminate the employer’s participation [referring to risk benefits] on 27 February 2018 with effect from 1 October 2017. The funds informed the employer and the members that the re-insured group risk benefits [such as death and disability benefits] were no longer in force and that should a claim arise during the period of non-payment, the funds will not be able to pay the insured benefits,” states Lukhaimane in her ruling.

Sanlam warned at the time that the municipality would be liable for claims arising from promises of life insurance offered to employees.

“It was reiterated to the employer that risk benefits have been terminated and no claims will be admitted. The funds submitted that the employer’s special rules were amended with effect from 1 October 2017 to remove all risk benefits,” says Lukhaimane.

In addition, the Financial Sector Conduct Authority (FSCA) was informed of the change – and approved the amendment to the fund rules that removed the risk cover.

Sanlam confirmed to Moneyweb that the amendment means no employees at the municipality have risk cover.

“An amendment was done to remove all the group risk benefits,” it said. “Sanlam does the amendments to the special rules at the employer’s request.”

The PFA ruled that the only benefits payable to the beneficiaries after the death of the members are the deceaseds’ member shares in the funds.

In both cases, the dependants of the deceased employees lost out on life insurance they believed was in place.

“The beneficiaries should claim directly from the municipality, if indeed it undertook to continue to provide the benefits from a separate policy,” says Lukhaimane in her ruling.

The complaints to the PFA show that in both cases the dependants lost out on investment returns as well, because the municipality neglected to pay pension fund contributions over to the fund managers on time.

The PFA reports state that the pension fund contributions were in arrears at the time of the death of both employees, creating the impression that the municipality scrambled to get them up to date after their deaths.

The Maluti-a-Phofung Local Municipality is in a mess. Earlier this year, the Harrismith Business Forum approached the courts to prevent Eskom from disconnecting electricity supply to the municipality, after the municipality failed to pay Eskom.

Read:
Eskom to distribute electricity and handle billing and collection in Maluti-a-Phofung
Free State residents put down their pens and take to the streets
South Africans are revolting against inept local government

Resident associations submitted to court that the municipality is unable to send out electricity accounts, requesting that it be put into administration or that residents themselves be allowed to take over the administrative functions.

If this is true for all the employees at the Maluti-a-Phofung municipality, the loss of investment returns for workers is massive.

However, Sanlam says that pension and/or provident fund contributions from the municipality are currently paid over “mostly on time”.

Sanlam did not respond to a question whether the problem of the late payment of pension fund contributions is widespread, given the state of municipalities in SA. “Unfortunately, we are not in a position to comment.”

The Maluti-a-Phofung municipality did not respond to questions directed to the office of the municipal manager, and nobody answered when we tried the published telephone number. The fax number did not work.

The PFA noted in both rulings that it received no response from the municipality.

“The employer was granted an opportunity to comment on the allegations made against it as required in terms of section 30F of the Act. However, no response was received from the employer.

“In the circumstances, the adjudicator has no alternative but to dispose of the matter based on the available facts,” says Lukhaimane.

Read: What separates the winners from the losers among municipalities

The longer the ANC runs its jobs for votes, or patronage schemes the quicker the pot runs dry.

We have an ANC problem, which manifests in failed muni’s, provinces and state.

And the ANC problem is supported by the brain dead voter problem.

No consequences for the incompetent people in charge?

Just given that they believe all is okay by paying the outstanding dues a year late shows their total lack of understanding or grasp of financial concepts or understanding of why payments are supposed to be paid monthly and how the funds grow.

It really boggles the mind how these political deployees have gotten this far in life.