The regulations, out for comment, will see drivers licences suspended when they’ve accumulated 15 demerit points.
By Moneyweb 25 Oct 2019  10:07 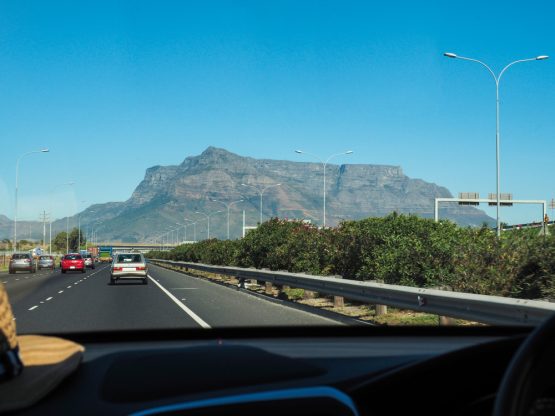 The City of Cape Town has no intention of implementing the controversial traffic points demerit system within its area of jurisdiction, says member of the mayoral committee for safety and security, JP Smith.

In fact, it is working with the Western Cape provincial government on a court application to interdict the implementation of the Administrative Adjudication of Road Traffic Offences (Aarto) Act, which provides for a system of demerit points for errant motorists.

This follows President Cyril Ramaphosa signing the Aarto Amendment Bill into law in August and Transport Minister Fikile Mbalula announcing at the launch of October as Transport Month, that it will be implemented countrywide in June next year.

Earlier this month Aarto regulations were published for public comment. In terms of the regulations motorists will have their drivers licences suspended when they have accumulated 15 demerit points, up from 12 in earlier drafts.

Other parties planning a legal challenge to the Aarto implementation include the Organisation Undoing Tax Abuse (Outa) and the Democratic Alliance (DA).

No reduction in road deaths

Smith says two Aarto pilot projects in Johannesburg and Tshwane failed to reduce road fatalities and destroyed municipal revenue from law enforcement. “Although it is not about revenue as such, that money is needed to fund law enforcement,” he says.

According to Smith, the city’s traffic service has identified numerous problems related to the pilot projects currently run in Tshwane and Johannesburg.

This includes a lack of capacity at the Road Traffic Infringement Agency – the government agency tasked with operating Aarto; ongoing problems with the South African Post Office – which is key to serving different Aarto notices to motorists; the requirement for different issuing authorities, mostly municipalities, to conclude individual agreements with the Post Office; the lack of public awareness at this late stage; and the need to re-train all officers and staff.

Smith says the City of Cape Town succeeded in reducing road fatalities through a range of innovative interventions like confiscating the cellphones of drivers who talk and drive and improving infrastructure at high accident zones.

He says the city is preparing a submission in response to the publication of the Aarto regulations, but at the same time it is proceeding with preparations for its court application to stop the implementation.

He says other municipalities are as concerned.  “Leaders of ANC-run municipalities ask us to stop Aarto.”  Politically they cannot take a stand against the plans of the ANC-run government, but Cape Town is run by the DA and therefore openly takes a stand.

Municipal association Salga, in a presentation to Parliament last year, also cautioned that challenges identified during the Johannesburg and Tshwane pilot projects should be addressed before country-wide implementation. It also flagged the potential impact on municipal revenue.

The Automobile Association (AA) accused government of adding ‘stealth tax’ to Aarto, with the introduction of a so-called infringement penalty levy in the draft regulations for the Aarto Act.

“With regards to the infringement penalty levy, the regulations directly imply the imposition of a tax. In this case, it refers to a fee payable for every infringement notice issued to motorists. On our interpretation of the draft regulation, this means an additional R100 is added to each fine issued, regardless of the value of the fine or its associated demerit points. In other words, if a motorist receives a R200 or R2 000 fine, an additional R100 must be added for the infringement penalty levy, which amounts to a tax for actually receiving the fine,” said the AA.

The association further criticised the fact that private motorists would have to pay up to R240 and fleet owners thousands to establish their demerit point status.

A simple online system should rather be made available to all motorists for demerit point checks, the AA said.

It also questions the level of bureaucracy associated with the system and the ability of the nine-member tribunal to deal with all appeals.

“In 2018, a total of 133 790 representations and 286 390 elections to be heard in court were received, in respect of a total of 1 607 989 infringement notices issued that year – 26% of all infringement notices. If only one-third of these cases reached the Appeals Tribunal, that would amount to a caseload of 140 000 cases annually, which the Appeals Tribunal cannot possibly manage.

“This system is doomed to become a bottleneck of bureaucracy, perhaps jeopardising the entire system,” the AA notes.

She says the Aarto system is aimed at revenue collection and administratively so complex that it will result in motorists’ rights to administrative justice being infringed.

“This is a technically-complicated administrative system which will be difficult for many motorists to navigate. It relies on competent, efficient and honest officials who can process the red tape and refuse bribes from motorists desperate to hold onto their licence,” Fick said.

Outa wrote to Ramaphosa in July to raise its concerns, but he nevertheless proceeded to sign the Bill into law.

They will implement the bill regardless of comments or consequences just because they are the ruling party and will not be stopped from stuffing anything up!!!!

And who will pay for this-and pay the fines-and give up the licences…not the ANC and EFF supporting taxi gangsters..

Well if that person drives like an idiot then I don’t see what you complaining about.. obey road rules! This like taxis complaining about traffic fines.. last I checked not breaking the rules is completely in the control of the driver

What I saw again to-day driving between Swellendam and Mossel Bay is mind boggling on double barrier lines and not taxis- white. These people should be charged for attempted murder and be permanently removed from our roads. Stop finding excuses, South Africans are lawless, Look at the death toll on our roads and get real

I received one AARTO notice recently. On checking their website I found that my daughter had incurred 10 traffic fines going back to the beginning of 2018.

I now have 4 de-merit points and was unable to instruct my daughter to change her behaviour in a timeous manner. To add insult to injury the process of listing another driver does not work because accrobat will not open the form on their website.

Maybe this is the tax on bring up taxi drivers.

No it is an attempt to garner more bribes for traffic cops. Now everyone will have a vested interest in bribing them. I my license is going to be suspended I would be very tempted to pay a bribe to make the offense go away.

I also tried to advise AARTO of the fact that another driver, my spouse, was driving my car at the time of the “infringement”. I did manage to download AARTO-07 form. I’ve sent it to AARTO by email on no less than SIX occasions over period of five weeks. NO RESPONSE but I still get SMSs telling me that I own them cash. I’ve also sent emails to PayMyFines ….. again NO RESPONSE.
Obviously they are yet another USELESS government outfit.
How can anyone have any respect for “the law” when “the law” is administered by useless and corrupt persons????

So what? How do you suspend a person who does not have a licence? when a hooligan taxi driver is suspended do you really think he is going to sit at home?

As mentioned in the comments the ANC just want steal and destroy a little more.

Smith lies through his teeth EVERY time he’s questioned on this.

Municipal “Road Safety” is ALL ABOUT THE MONEY it can generate.

As for his claimed safety results. Pure smoke and mirrors. No different from years ago.

That revenue is to help pay JP Smith’s R3Million+ fatcat salary and bonuses, along with the rest of the Cape Town DA cabal…

My view: Only a dumb skull bonehead, horse-teeth rabbit can start confiscating drivers licenses in a socialistic country/system without a Public Transport system – how must/will/can/should they go to work and back without transport?

Easy peasy…half the country is out of work, so the Socialist Nirvana is within reach by preventing the other half from working…

If it does not apply to or enforced on the taxi industry it should be applicable to any other road-user.

Sorry, meant to write ‘…it should NOT be applicable…’. 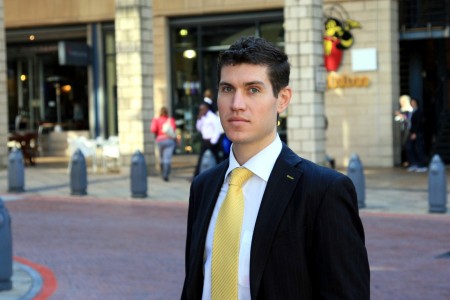