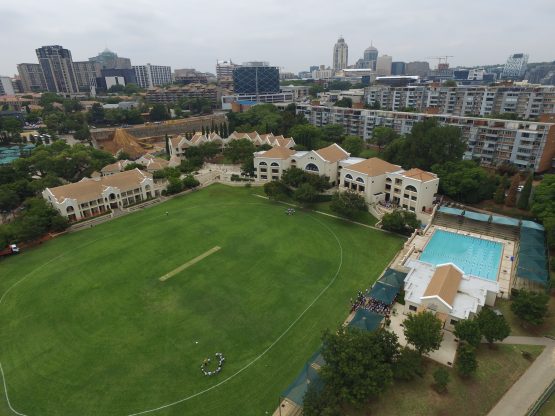 ADvTech's Crawford College Sandton campus, one of 17 schools and tertiary institutions its operated within the city’s jurisdiction. Image: Supplied

Decisions by the Johannesburg Metro Council that resulted in a tenfold increase in property rates for independent schools were based on a fundamental misunderstanding of the Local Government: Municipal Property Rates Act (MPRA), says JSE-listed ADvTech Group.

ADvTech owns 17 schools and tertiary institutions within the city’s jurisdiction and contends that this increase may result in the closure of many smaller, independent schools.

Since the increase will have to be passed through to parents, it may further lead to students dropping out or giving up on the courses they have enrolled in.

These arguments have been put forward in an urgent application ADvTech has launched in the Johannesburg High Court. It asks the court for an urgent order to stop the city from implementing the new rates policy that has resulted in the increase and to continue to levy rates at the same level as in 2021/22 plus an increase of 4.85% until a full review of the decision is finalised.

The review is aimed at having the decisions declared  unlawful and set aside.

A further 16 338 are enrolled in its schools, including Crawford International, Trinityhouse, Abbotts College and Pinnacle College.

Read:
Pick of the education stocks
Planning for unexpected education costs in 2022

It says its educational institutions fill a gap not adequately served by government or not served at all, as is the case with students at The Bridge Assisted Learning  School, which assists learners with challenges like ADHD, dyslexia and anxiety as well as children who have suffered illness or trauma that has affected their progress at school.

Moneyweb earlier reported that the City of Joburg had changed its rates policy by removing the ‘Education’ property category, which was rated at a quarter of the rates payable on residential property.

This means that property rates bills for public schools will increase about sixfold and for independent schools tenfold. A rebate of 25% is available for qualifying independent schools, but according to ADvTech it is unclear what the requirements to qualify for the rebate are.

Rates Watch has calculated that a public school with a valuation of R70 million that has been paying about R12 000 per month for rates will in future be expected to pay about R75 000 per month.

An independent school with the same valuation will see its R12 000 monthly bill increase to R96 000 even after applying the rebate. (The rebate is not available for public schools.)

Under pressure from Cogta

The city has publicly defended the removal of the category, saying it was pressurised by the Department of Cooperative Government and Traditional Affairs (Cogta) to remove the category in line with an amendment in the MPRA that provides for only certain categories.

According to a spokesperson the city applied to the minister to retain the category, but this was not approved.

ADvTech argues that upon a proper reading of the act it is clear that the city may, independent of the minister, decide to include the category ‘Education’ in its rates policy.

In addition, according to ADvTech, the city failed to follow a lawful consultation process.

It created the impression during the first round of its consultation that it would retain the Education category, and stakeholders therefore expected only a 4.85% increase as was applied generally to all rates categories.

It says it is one of the biggest role players in education in the city and as such should have been specifically consulted by the city.

ADvTech further argues that the city fails in its duty to respect, protect, promote and fulfil the rights detailed in the Bill of Rights contained in the Constitution.

These include the right to dignity of students, the right to education, and the obligation to put the interest of the child first in any matter pertaining to a child.

According to the group the city acted irrationally. If it wanted to remove the category but keep the level at which rates are levied on educational institutions unchanged, it could have provided for a 90% rebate, but it failed to do so.

Civil rights group AfriForum has also lodged an application to challenge the removal of the Education category by the city.

It is expected that both applications will be heard on 26 July.

Whatever happened to Zuma’s promise of “free education for all”. Yet another empty promise from a thieving lying uneducated irresponsible President. His ethical wilderness knows no bounds! As does the ethics of the political elite within the ANC

Unsure if this is business operation or educational operation where a discount could be allowed.