This follows an investigation in 2021 that found growing concentration in the hands of fewer agricultural producers.
By Ciaran Ryan 29 Mar 2022  00:03 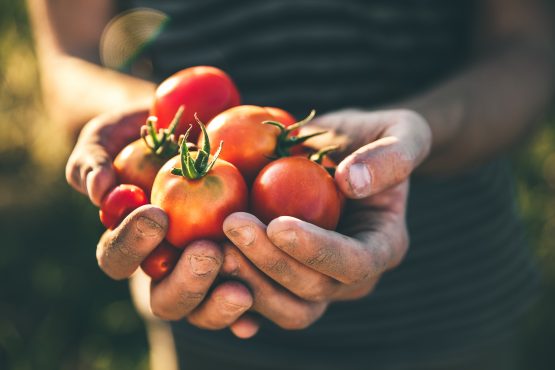 There has been greater focus on localisation since the onset of Covid as countries prioritise self-sufficiency and food security. Image: Shutterstock

The Competition Commission has launched an investigation into the fresh produce market to assess whether any features of the value chain distort competition.

This follows a 2021 investigation into the fresh produce market which reported a 73% decline in producer numbers in the primary dairy sector between 2007 and 2021.

“The sharp decline in the number of commercial farms highlights the difficulties smaller farmers face in reaching the necessary economies of scale to decrease costs and maintain profitability,” says the report.

Sipho Ngwema, head of communications at the CompCom, says the latest investigation is motivated by several factors, including the potential for agriculture to stimulate the economy, the outcome of the CompCom’s concentration study in 2021, a number of complaints received in the fresh produce sector, and the general trend of high food inflation.

“The Commission is of the view that the Fresh Produce Market Inquiry is essential in order to understand the state of competition within the industry, the market features affecting price outcomes, and the challenges currently faced by farmers (especially small-scale and emerging farmers),” says the Commission in a statement.

“More broadly the importance of the sector to both the economy and employment, and the nutrition and welfare of its citizens gives further weight to the need for such an inquiry.”

The investigation will focus on the efficiency of the value chain, market dynamics and the impact of key inputs for growers, barriers to entry for small and emerging farmers, and barriers created by the regulatory environment.

There has been greater focus on localisation of agricultural production since the onset of the Covid-19 pandemic as countries prioritise self-sufficiency and food security.

Read:
Covid-19 pandemic has triggered a rise in hunger in South Africa
Food insecurity on the rise amid high food wastage levels in SA
Food security in African cities needs a fresh approach

‘Buy local’ initiatives are being promoted around the world, where consumers support local farmers’ markets and local businesses. Consumers are increasingly concerned with the origin, safety and wholesomeness of the food they buy, says the CompCom report, entitled Essential Food Price Monitoring.

In 2017, the commission conducted raids on nine fresh produce market agents after complaints of cartel conduct were received. This conduct was seen as inimical to the development of black farmers.

One tactic complained of was the practice of dropping prices to squeeze out competitors, followed by rising prices once competition had been eliminated.

Various initiatives have been launched to assist small scale farmers to create economies of scale – such as the kind of bulk buying typically available to large commercial farms – but barriers still remained to the financial viability of emerging farmers.

Data from the CompCom shows onion prices more than doubled at the Joburg Fresh Produce Market during the first Covid wave, while potato prices nearly trebled post the first wave.

Wholesale tomato prices through the first, second and third waves Figures from Statistics SA show the average cost of the national household food basket increased by 10% between September 2020 and August 2021.

The war in Ukraine will likely put that food inflation rate under even more pressure due to higher transport costs as a result of dramatically higher fuel prices.

“It may be necessary to build on changing the market structure and developing a model of agriculture that enables industrial agriculture while also supporting and including small-scale and local farming,” concludes the 2021 CompCom report. “This may also make the market more resilient to disruptions to global supply chains from climate change events.”

Given the war between Russia and Ukraine, South Africa may not experience any shortages in the short term, but the crisis is sure to have an impact on food price inflation as prices are already rising worldwide.

“The government of the day should classify food security – just like Eskom – as a national asset.”

Wandile Sihlobo, commenting in a research note in January, says the key data to watch domestically is meat, given its potential impact on food inflation as a result of lower slaughtering activity in 2021 over 2020.

“Another vital issue to remember is poultry import tariffs that came on last year; this year’s base effects will likely positively affect the consumer price inflation moderation path,” writes Sihlobo.

Rather than investigating the obvious monopolies like Eskom, Transnet, State fuel price fixing and things that can really make a difference they will have to try and gouge the farmers !!