Corruption Watch goes to war against previous Eskom board

The Pretoria High Court is being asked to declare them delinquent.
Ciaran Ryan 1 Apr 2019  00:27 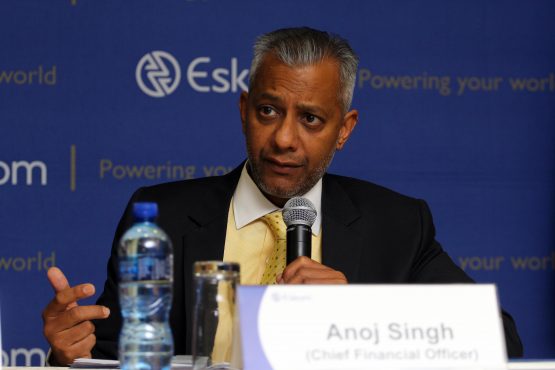 The five former Eskom directors are Mark Pamensky, Anoj Singh (pictured), Brian Molefe, Venete Klein and Zethembe Khoza, all of whom have been accused of involvement in corrupt activities at the power utility. Picture: Moneyweb

It has applied to the Pretoria High Court to prevent the five former directors from ever holding a directorship in a private company again, and for seven years in a state-owned company. The case is unusual in that it relies on little-used sections of the law to hold directors accountable, and if successful will rattle the rafters of boardrooms around the country. Also unusual is that civil society is bringing the case instead of government, which is supposed to act in the interests of the public, but has shown itself gun-shy when acting against directors of state-owned companies.

The five former Eskom directors are Mark Pamensky, Anoj Singh, Brian Molefe, Venete Klein and Zethembe Khoza, all of whom have been accused of involvement in corrupt activities at the utility. Eskom and the minister of public enterprises are also cited as respondents to assist the court in coming to a decision.

Singh was chief financial officer until early 2018, serving alongside former chief executive Molefe. Klein was appointed to the board in 2014 and resigned in 2017. Khoza served as chairman as well as head of the Board Tender Committee.

Pamensky, a close associate of the Guptas and former director of Gupta-owned Oakbay Resources, joined the board in 2014 and resigned in 2016 when leaked emails highlighted his role in sharing sensitive Eskom information to assist the Guptas in acquiring Optimum Coal, which supplied coal to the power utility.

The Guptas acquired Optimum using Eskom guarantees and prepayments. Pamensky is accused of acting against Eskom’s best interests in violation of his duties as a board member. Last year the Organisation Undoing Tax Abuse (Outa) laid criminal charges against Pamensky for corruption, and for violating his obligations in terms of both the Companies Act and the Public Finance Management Act (PFMA).

Khoza, Singh and Molefe are accused of contracting with Gupta-owned Tegeta for the supply of coal on terms that were uncommercial and caused harm to Eskom. They also failed to respond to Treasury and other arms of government in their effort to exercise oversight at the utility.

The Companies Act requires the courts to declare delinquent any director who abuses the position, takes personal advantage of information or opportunities, or causes harm through gross negligence while serving in that position.

David Lewis, executive director of Corruption Watch, says it is vital to send a message to those in high office that there are consequences to abusing their positions: “This case is about sending a message that a directorship in a state-owned company means more than looking for personal commercial opportunities while occupying a board position.”

Lewis says the five former directors have given notice of their intention to defend the court action, though have yet to file their replying affidavits.

In his affidavit before the court, Lewis says Corruption Watch is bringing the action in the public interest, particularly in light of the numerous credit downgrades Eskom has suffered in the last 24 months. The dire state of Eskom’s financial position and lack of adequate governance were cited by rating agencies S&P Global and Moody’s as a key reason for downgrading SA’s credit rating in 2017.

“These downgrades have had a detrimental effect on the growth of our economy and have increased the cost of living, which directly and adversely affects all South Africans and more dramatically, the most vulnerable and poorest of South Africans,” says Corruption Watch’s affidavit.

“The directors abused their positions in order to benefit other entities and individuals rather than the interests of Eskom and, by necessary extension, the people of South Africa.”

Eskom was central to the state capture project now being aired before the Zondo Commission of Inquiry. This appears to be part of a determined strategy by the former directors “to commit fraud, corruption, racketeering and engage in other financial misconduct.”

The named directors should not be allowed to escape personal liability and accountability for their role in bringing Eskom to its knees in furtherance of the state capture project. The enrichment of the Gupta family and others to the detriment of Eskom and the SA public cannot be allowed to pass without consequences. Lynne Brown, the former minister of public enterprises, failed to act in the public interest and hold the directors responsible, so it has been up to civil society to do government’s job for it.

Virtually all of the supporting evidence behind Corruption Watch’s case is in the public domain. One of these is a report by PwC showing how the Eskom board delegated power to line managers and allowed individual employees to enter binding contracts on behalf of Eskom for large amounts of money. The directors must therefore be held accountable for the significant failures in the procurement of coal.

Would this be the first time this is ever enforced? Hard to imagine, and adds to the importance of Corruption Watch getting all the help it can!

South Africa lost over 14 Trillion Rand since 2008 because Ex-President Zuma did not read a report and did not do his job.

How many people have we now heard of being involved in blatant corruption and theft on a grande scale and no one in jail???

What happened to the VBS money???

A noble idea but they will never need directorships again. The loot is safely stashed away in offshore bank accounts. Nonetheless maybe it keeps others in future from doing the same.

Noble idea indeed. Now just imagine if the same could be applied to politicians and their required conduct as MPs, MPCs, etc. Would stop this practice of musical chairs political parties employ. Bt that would be like asking turkeys to vote for Xmas. Not going to happen.

If you see a heading “ANC getting tough on corruption”, this is merely an April fools joke !

I sincerely hope you have other Directors/Boards/Companies in your sights; we need to clean out the corrupt sewage from our country’s boardrooms and bring back accountability.

If I make a racist comment, I go to jail
These people have crippled a country and they MIGHT have their hands smacked
The law is skewed, and the scary part, is that we’re accepting this as normal

I’m off to the bank with my little FICA goodies. Us law abiding citizens (mostly small fishies like myself) jump through 100’s of little hoops, yet we get severely coitus’d from the rear and these gangsters just strip VBS, Eskom, SAA ad vomitis. I almost got arrested in December for a R1,400 traffic warrant, yet Ace Magasuhle can steal billions, it’s fully documented and he remains the ANC Secretary General !!?? If you do not emigrate within the next 5 years you are a moron and only have yourself to blame when you are eating dog food when you are 75

@Ian.R: You are so right. We are simply so desensitised (in many cases I expect even traumatised) that we indeed accept it all as normal. A real case of SNAFU.

Funny (in a somber way) how ANC legislation is being used against ANC cadres. It will not get our stolen tax back, but the irony does make me feel ever so slightly better. To all South Africans who, just like me, regularly feel depressed about the state of our country, here is my advice. Take these b@ggers to court with monotonous regularity. Yes, I know it is expensive and takes a long time, but give them the gift that keeps on giving. It is the least you can do.

During a state of emergency traitors are incarcerated without trial

what about Steinhoff directors?

Whataboutism is a helluva drug.

@boogieman: If you are a shareholder by all means mount a campaign. I think taxpayers have been ripped off way more spectacularly than Steinhoff shareholders and State Capture is currently the top priority for ordinary citizens.

When Jacob Zuma, his merry wives, his ? ? children and the rest of his entourage (big numbers) are in jail, THEN we will know you are serious!

Slightly off the topic perhaps, but I read somewhere (correct me if I am wrong) that when auditors looked into Anoj Singh’s bank account into which his not unsubstantial Eskom salary was paid every month, they noticed that there was no activity in the bank account other than the monthly salary being deposited into it. No debit orders, no withdrawals, no nothing !

Either than means that old Anoj is a financial wizard living off zero money every month, or alternatively, Anoj has some money stashed away somewhere else. I suspect the latter…

Unless there is a legal repercussion which includes an extended jail sentence as well as confiscation of all assets and pension earned while employed by Eskom, then this is a pointless exercise.

Better than the nothing the NPA is currently doing.

Excellent idea, would love to see the same for the Steinhoff directors who were responsible for the rot at that business, as well as the ones who were asleep on the job and plead ignorance.