Implementation of the three-year wage agreement is in contravention of the Constitution.
By Thando Maeko 15 Dec 2020  16:15 Labour unions in the public sector have been dealt a blow in their fight to have the government implement the final leg of a multi-year wage agreement.

On Tuesday, judges Dennis Davis, Phillip Coppin and Violet Phatshoane dismissed the application. They further found that the unions’ appeal for the courts to force the government to implement the final year of the 2018 wage deal contravenes section 213 and 215 of the Constitution and sections 78 and 79 of the Public Services Act.

Earlier this month, unions including the Public Servants Association (PSA), the SA Democratic Teachers’ Union, the National Professional Teachers’ Organisation of SA, the Health and Other Services Personnel Trade Union of SA, and the National Education, Health and Allied Workers’ Union (Nehawu) argued that government cannot walk away from the deal because it is a legally binding contract.

Lawyers representing Public Service and Administration Minister Senzo Mchunu and Finance Minister Tito Mboweni argued that the government’s finances have drastically changed since the signing of the agreement and that it can no longer afford to implement the deal.

Implementing the deal would also set back the government’s plans to rein in public spending – something which was recently flagged as a threat to stabilising spiralling debt by ratings agencies Moody’s and Fitch.

The R37.8 billion required to finance the wage increases, Mboweni says in court papers, comes at a time when the “rest of the country’s workforce (including higher-echelon public servants, Cabinet and Parliament) have accepted salary cuts or freezes as a consequence of the economic climate and Covid-19 crisis”.

Several attempts to resolve the issue in the Public Sector Bargaining Council throughout the year failed, leading to all the parties requesting arbitration.

In an effort to avoid heading to the courts on December 2, Mchunu offered the unions a settlement offer that includes a once-off cash bonus to public servants and a year-long pension payment holiday.

The offer to settle and postpone the matter was rejected by unions.

Sanity has temporarily prevailed, but of course the unions will not take this lying down, and the regime will capitulate when the unions go ballistic.

The courts have said their piece, now it is up to Government (The ANC, heaven help us) to ensure that the unions do not trash the Country, sabotage the country (in Adelaide the Unions cut off the main water supply to the town). Let’s see if the ANC have the stomach.

They are certainly a gutless mob!

They must work – if they can – for no increases for 5 years to pay back the money they have ‘stolen’ from State coffers.

Using a slaves wage as the bases of around US$427 a month (R6,405), anyone earning less than this means that they are worse off than a slave, what does having rights mean if you freedom shackles are still bound?

The reality is that government employees are lazy, slow working and rather ill considerate of others thus creating the impression of an Entitled Mentality.

So here we are, the tipping point… eventually this will hit all other government sponsored persons and when it hits the soldiers that is when regime change will take place.

Lets see how well the ANC does in the next election.

True. Did the Minister lawyers not argue that the implementation contravenes the Constitution sections 213 and 215?

i will go to the beach.

Okay, how about actually writing about what the Court said and why they said it. This article tells me nothing other than providing a half-hearted summary of what (I assume) were parts of the main arguments by the Parties. The little by-line tells me more than the article does. Come on MoneyWeb, you spend more time on checking and controlling the content of comments than on the quality of your articles.

Most newspapers just peddle clicks to attract advertising revenue….informed and informative journalism is a dead duck in South Africa.

….and there goes 2,000,000 communist party votes for the equally communist anc!

I dislike the union movement in SA but what strikes me is that both parties to this agreement had full consensus on its initiation. Yet, the courts have allowed the one to get out of its obligations on some pretty spurious grounds – why should anyone trust this government going forward? – they owe billions of dollars in debt based on the principles of contract. 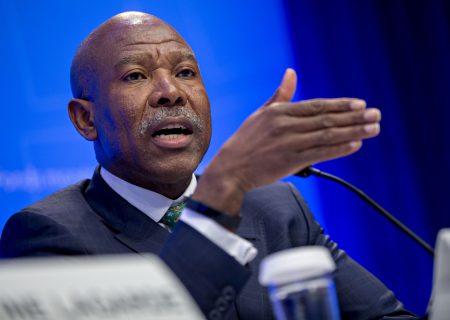