Manufacturers vindicated, Nersa back to the drawing board.
By Antoinette Slabbert 21 May 2018  00:10 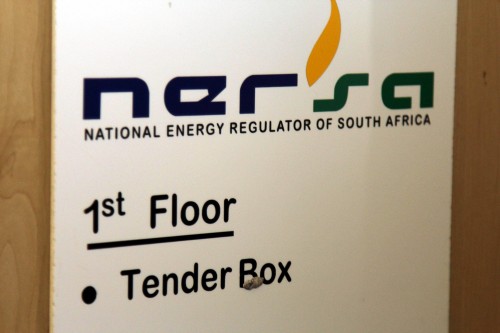 Manufacturers have been fighting to have Nersa's maximum price for piped gas set aside for five years. Picture: Moneyweb

Manufacturers’ five-year fight against sharp increases in the price of piped gas paid off when the Supreme Court of Appeal (SCA) earlier this month set aside a decision by energy regulator Nersa that determined the maximum price for the period March 26 2014 to June 30 2017.

Sasol Gas is the sole supplier of piped gas in the country.

In terms of the court order Nersa was sent back to the drawing board in no uncertain terms. It will have to rethink its methodology and redetermine the maximum gas price. The newly-decided gas price will then apply retrospectively from March 26 2014, which might even result in a refund for some gas users.

Moneyweb reported in 2014 that 347 manufacturing companies who used piped gas, bought from Sasol Gas, as an energy source would be affected by a change in the way the price of piped gas was determined.

Following a ten-year period during which Sasol Gas, as the sole supplier of piped gas, was protected by government on the basis of its early investment in the development of gas fields in Mozambique as well as transmission and distribution infrastructure, the piped gas industry would be regulated by Nersa. This ten-year period is referred to as Sasol Gas’s “decade of grace”.

As a result, Nersa would determine the maximum price of piped gas and Sasol Gas would be entitled to contract with its customers at prices agreed upon, but below the Nersa cap.

Some manufacturers in 2014 said they would face 30% increases in their piped gas prices following the Nersa decision and vowed to challenge it in court.

The PG Group, SA Breweries, Consol Glass, Nampak, Mondi, Distribution and Warehousing Network (DAWN) and Illovo Sugar filed an application to have the Nersa decision reviewed and set aside.

The High Court dismissed the application on the basis of a technicality without considering the merits of the case.

The SCA however did consider the merits and earlier this month ruled against Nersa as first respondent and Sasol Gas as second respondent.

All eyes are now on Nersa to see how it will implement the court order, which should bring relief to piped gas users.

The regulator told Moneyweb it “is still carefully studying the judgment and will pronounce on the way forward in due course”.

Sasol said it would engage Nersa and would only be able to address any future impact on the current contractual gas prices agreed between Sasol and its customers once the process that Nersa plans to follow after the court ruling was clarified.

In the judgment, Appeal Court Judge Leach, on behalf of a bench of five judges, found that Nersa’s determination led to substantial increases for the applicants.

Nersa’s obligation in terms of the Gas Act was to protect consumers against monopolistic pricing. After a process of public participation, it adopted a methodology where the gas price would be determined in reference to a basket of alternative fuels with coal, diesel and electricity carrying the bulk of the weight in the basket.

The court found that Sasol’s margin during the initial “decade of grace” was 227%. After Nersa’s determination it increased to almost 400%. This despite the fact that Nersa itself earlier found that Sasol charged its customers more for piped gas than it would have been able to do in a competitive market.

“Gas prices higher than what would have been charged in a competitive market, and the abuse by Sasol Gas of its market power, were therefore the evils Nersa had set out to address,” the court stated.

Sasol Gas determined its (too high) price with reference to a basket of alternatives. “One would have thought that in these circumstances, to stop the abuse of market power and to avoid overly high prices, Nersa would have sought a methodology designed to lower maximum prices to those which would have prevailed in a competitive environment – and it would have adopted a methodology different to that used by Sasol Gas.”

The court found that Nersa’s decision to follow the same methodology was irrational and unreasonable and resulted in the maximum price being some 300% higher than what the appellants had been paying.

There is no evidence that this methodology has ever been used in any other market, the court found.

Nersa further adopted certain transitional measures that would result in a phasing in of the new prices where increases amounted to more than 15%. During this period Sasol Gas’s revenue would remain neutral.

The court found that this clearly showed that Nersa expected substantial price increases and in fact extended Sasol Gas’s “decade of grace”, rather than bring an end to it. This in itself is irrational, it found.

The court rejected Sasol Gas’s argument that there was no need to correct the pricing retrospectively and possibly have it refund customers. It found that Sasol Gas should not profit from Nersa’s failure in its duty to exercise price control and that consumers were entitled to Nersa’s protection against high prices.

Having Nersa determine the maximum price with retrospective effect will avoid injustice, it found.

An industry leader who did not want to be named told Moneyweb that nobody really knows what is going to happen next. All eyes are on Nersa, but he said it could take another year before Nersa would be in a position to decide on a fair price for piped gas.

If we ever frack for NG, the same will happen. She’ll and Sasol like to point to how cheap NG transformed the US.

What they fail to mention is that cheap raw material supply will only give them super-profits, as energy is regulated pricing : we will not pay less for gas or for peril from gas to liquid from fracking.

peril s’be petrol, but at August prices, peril is apt 😉

Electricity or gas: how to choose

Electricity or gas: how to choose