The City of Tshwane has given an undertaking to refrain from paying R950 million to its controversial electricity smart metering service provider PEU until the end of the day on July 5.

The city further agreed to hand over crucial documents to business grouping AfriBusiness to prevent a situation where the matter had to be decided “in the dark”.

On July 5 the parties will be back in court to hear an application by AfriBusiness for a court order prohibiting Tshwane from making the payment until the finalisation of the organisation’s pending application to have the contract reviewed and set aside.

AfriBusiness first approached the court on a very urgent basis late on Tuesday afternoon, without giving notice to the respondents, the City of Tshwane, several of its functionaries, PEU Capital Partners and its special purpose vehicle Tshwane Utility Management Services (TUMS). AfriBusiness did not prepare written heads of argument for this appearance.

The organisation told the court it had information that a R950 million payment by the city to PEU was imminent and that it was based on an agreement AFriBusiness maintains is unlawful. The Auditor General has ruled expenditure in terms of the contract irregular, meaning it was incurred in contravention of applicable legislation.

AfriBusiness has challenged this agreement, but its application to have it reviewed and set aside has not been heard in court yet. Neither has a court date been set.

The payment is allegedly to purchase the PEU infrastructure after PEU’s contract was cancelled for being unaffordable last year. The cancellation agreement provided for the city to buy the infrastructure at an amount to be determined by an independent valuer.

The city has never disclosed the full terms of the cancellation agreement, the identity of the valuer or the basis for the evaluation.

Judge Neil Tuchten sent the Afribusiness legal team away on Tuesday to do further preparation, whereafter they returned to court by 9:00 on Wednesday.

Legal representatives for Tshwane and PEU told the court they only got notice of the application that morning and had no time to take full instructions and prepare properly.

PEU’s legal team said no payment could be made before July 1 anyway, since the payment had to be made in the new financial year, that starts on that day.

AfriBusiness maintains the payment has not been provided for in the city’s 2016/17 budget.

Tuchten then asked the legal teams of all the parties to come to an agreement about a timetable that will give them enough time to prepare arguments and return to court speedily for the matter to be heard.

Tuchten also said certain crucial documents had to be disclosed. He said the payment pertains to public money and it could not be decided “in the dark”.

Although the city strongly resisted giving an undertaking beyond June 30, it eventually accepted the July 5 deadline and the parties agreed on a draft order. The city told the court that every day beyond June 30 will cost the city R4.6 million, since that is the amount paid to PEU every day as a management fee. The new service provider (Accenture) was due to replace PEU on July 1. Any delay in paying the purchase price, would result in the city having to pay both service providers for the same service.

Tuchten said it made no sense that the management agreement would continue as a result of a court order delaying the payment for the infrastructure.

Tuchten initially also agreed that Tshwane should provide AfriBusiness with a copy of documents reflecting the conditions under which money is held in the so-called escrow account.

The city however said there is no such document and it was taken off the list of documents to be handed over.

Oh what a tangled web we weave, when first we practice to deceive (Scott)

I hope they get entangled in their own web.

Does it make sense that “there is no such document” to prove that money is held in a trust account?
Maybe it does make sense if “complying with the cancellation agreement” is still to happen at a future point, and the money is only paid into the trust account when this compliance happens.
At that point there will have to be a document to prove the money is in the trust.

The valuation, the party appointed to do the valuation, every step of the way, must be 100% transparent! It seems the ANC governors of the city are trying all in their power to hide and cover up this contract and amounts involved. South Africa has confirmed 1.36 million infections so far, the most in Africa, and more than 38 000 deaths. 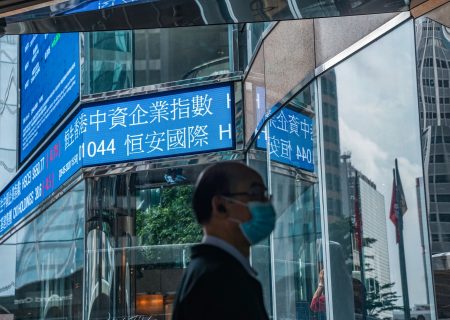