Survey finds that people aim to cut back on luxuries, and even necessities.
Adriaan Kruger 15 Jul 2020  00:04 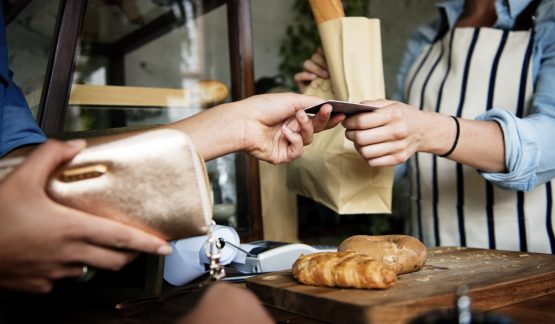 Almost everybody in SA will reduce their spending, with far-reaching effects on the economy. Image: Shutterstock

Even the dog will have to get used to less food and fewer treats. That is one of the conclusions one may reach after reviewing a survey of 850 people on the subject of how they plan to cope with the financial impact of the pandemic, which has left millions in SA with lower or no income for months.

“The impact of the Covid-19 pandemic is staggering, with the long-term economic effects of the lockdown nowhere near quantified and which will most likely play out for many months to come,” warns research group Consulta in the introduction to the results of its survey on how people are planning to adjust their spending habits during the current and coming months of uncertainty.

The aim of the survey was to get an idea of how South Africans will change their spending habits over the next 12 months, given the expected decline in the economy and pressures on household income.

Read: The impact of Covid-19 on households

Recent economic forecasts point to a decrease of nearly 8% in economic production this year, with several economists warning that unemployment may increase to more than 50%. A survey by credit bureau TransUnion has found that the crisis has affected eight out of 10 people in SA and that more than 14% of people have lost their jobs.

“Consumers expect to be R7 500 short of their usual income on average,” according to the survey, forcing people to reduce their expenditure drastically.

In the Consulta survey, 60% of the households surveyed indicated that they will spend less on food prepared away from home, whether fast food or restaurant meals. This indicates that restaurants are likely to suffer even after all the restrictions are relaxed, says Ineke Prinsloo, head of Consulta Insights.

More than half of the households (51%) surveyed said they will reduce expenditure on new clothing and 27% said they will buy fewer books and magazines. The survey found that households are planning to cut spending wherever possible.

What people plan to spend less on

The Consulta survey unfortunately did not specifically ask people by how much they plan to reduce their expenditure. Prinsloo explains that Consulta used open-ended questions during their survey, rather than asking respondents to pick from a few answers in what could turn out to be a leading question.

In addition, says Prinsloo, research over the years has shown that people are not adept at budgeting accurately and the survey results would probably be less reliable if respondents were asked for specific figures.

“What came out very strongly is that people are ‘moving back to basics’ and will spend more on the basics of home, food and family and reduce spending on things perceived to be luxuries,” she says. “These luxuries that people will reduce are mainly eating out, clothing and leisure travel.”

Some 22% of households are planning to spend more on mobile, cellular or internet services, mirroring the trend towards working from home, streaming a movie home or staying connected to the world.

Prinsloo indicates that people seem willing to spend more money on (quite expensive) internet services as this is perceived to be a necessity, while they are far less willing to pay for financial services.

“The first place respondents will start looking to save is on their banking fees and loan repayments (20%),” according to the survey results.

“This came out strongly – that people do not see that they get value for their money as far as banking fees go,” says Prinsloo.

Previous Consulta surveys also highlighted what the researchers term a “disconnect between banks and their clients”.

More than a quarter of respondents believe the price of water and electricity will increase and expect to pay more, in contrast to the 10% who indicated that they plan to take steps to reduce their expenditure on utility bills.

The survey also touched on people’s concerns about the economy and, worringly, social upheaval due to economic hardship (a nice phrase for hungry people driven to desperate acts).

The Consulta survey, as with predictions by economists using a top-down approach, indicates that almost everybody in SA will reduce their spending with far-reaching effects on the economy. Consulta’s 850 real, living, breathing individuals indicated that they are extremely concerned about the economy, the level of unemployment, their own income, their health as well as that of those closest to them, levels of anxiety and loneliness, and fears of more tension and conflict due a shortage of food.

A third of the respondents own their own business, mostly smaller businesses, with more than half reporting turnover of less than R1 million per year.

Of 280 business owners, 44% said their businesses were completely shut down during lockdown, with a total loss of income. More than 80% are still running at less than full capacity after partial relaxation of the restrictions.

“Finally, we asked business owners what the impact of the pandemic would be on their businesses should it continue until the end of 2020,” says the report. This is a scenario that looks more likely with every passing day, and the answer is thus very relevant.

More than half of the business owners (52%) said they will have to make significant changes to survive, mostly cutting costs, reducing salaries and reducing headcount.

A further 17% said that they will simply not survive.

Interestingly, 4% of the businesses said they expected improvement.

Overall, the Consulta survey paints a worrisome picture of the future, even while acknowledging that people can quickly change their outlook – and their spending plans – if things improve more quickly than the current situation suggests.

However, most experts tend to agree that it is time for people to trim their expenditure – ruling out the usual consumer-led recovery.

Like many others, Dhashni Naidoo, consumer education programme manager at FNB, advises people to look at ways to reduce spending. “Ask yourself,” she says, “how do we make each rand count and go a little further during this time?”

“Review your budget by assessing what it is that you absolutely need. For example, prioritise necessities such as food, electricity, water and mobile airtime and data. Avoid spending on luxury items that you do not need right now, like a new top-of-the-range cellphone or branded clothing,” says Naidoo.

Not having a degree means that often when I make a comment I am deemed uneducated but I am okay with that. While this article focuses on what income people have available it should actually also look at how inflation has affected people because affordability and availability are not exactly the same thing even though they most often travel the same road.

Perhaps the way out of this is to spend on things that result in a saving e.g. change to energy efficient lights. You stimulate the economy by buying (local if possible) and payback is 4- 6 months and you help reduce load shedding by using less. Everyone wins.
100% have a look at bank fees or change to the smaller banks.
Shop for better data options (change your contract) and support Rain or other smaller companies their CEO fat cat salaries aren’t always that fat yet.
We need other ideas where everyone wins?

GinaSchroeder – Agreed – We need other ideas where everyone wins?
The part that irks me the most is a bank charging me to use or access my money.

we need to get rid of the banks. Not sure why we need them
when there are better options out there…….Oh yes, the banks try to show government that they employing people.

Paypal is maybe a better option.

LOL Don’t cash out your investments… What if you don’t have another choice?