South Africa has a massive investment potential in cannabis industry, should it be granted a ‘professional’ chance.
By Palesa Mofokeng 4 Mar 2021  12:00 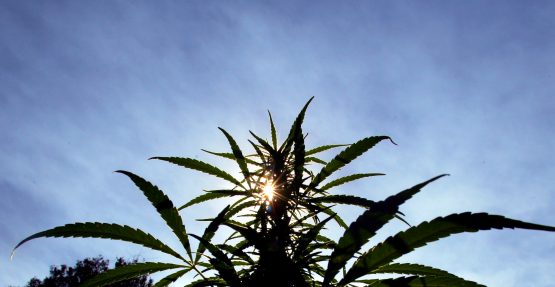 The global movement to legalise cannabis has seen South African investment fund, SilverLeaf Investments, set up a fund to drive the professionalisation of the emerging sector.

The global legal cannabis market is currently estimated to be around $30 billion and anticipated to reach somewhere between $75 billion and $100 billion by 2030. Locally, The Cannabis Development Council of South Africa projects a market worth R27 billion by 2023 under its Rapid Economic Recovery Plan.

The SilverLeaf fund allows investors to back a range of cannabis ventures like the setting up of greenhouses, retail stores, and even clubs and smoke lounges.

In a sense, the move to bring the cannabis industry into the formal sector is an acknowledgment that the country is already a major player in the world.

“The illicit market is thriving, and South Africa has for many years supplied more than a third of the global market,” says CEO of SilverLeaf Investments, Pierre van der Hoven.

But there still exists a need for initial investment to foster growth in the local industry and this is where SilverLeaf aims to be of service. The fund believes it would be a pity to miss the opportunity to jump on the growing momentum.

However, any form of trading of the plant remains prohibited. This is mainly what is restricting the growth of the industry it seems.

“The proposed Cannabis Bill has been extensively rejected by many role players and stakeholders,” says Van der Hoven.

“Unfortunately arrests ‘for trading’ continue and it is hoped that the government moves forward positively and decisively to unlock this side of the industry and it will provide an ideal opportunity to involve small farmers and bring the illicit market into the legal side of the industry.”

SilverLeaf Investments is of the view that the cannabis industry is strongly aligned with the South African government’s strategic development priorities, which includes growth within the agricultural and agri-processing sectors that can lead to foreign exchange earnings through export.

But with the cultivation of hemp placed on halt since 2020, the opportunity to form part of the much-needed fast-growing industry may be missed.

“This delay has serious implications if South Africa ‘misses the boat’ while other countries in Africa and globally move forward quickly to establish themselves in the market. Hemp should be deemed an Agri-crop and can create significant jobs as it has done in India for example when it was legalised there,” says Van der Hoven.

“The local, legal adult use market will stagnate and be driven further ‘underground’ until the government, and especially the justice cluster, change the law and stop prosecuting people.”

With medical cannabis on the other hand, pharmaceutical companies are permitted to manufacture the product and must purchase from licensed cultivators. This is where SilverLeaf is considering strong contenders for investment in this sector.

The investment company believes that the medical sector will experience considerable growth in the next 12 months. “The hemp sector will also grow exponentially once the new regulatory regime is clearer and permits or licences are issued,” Van der Hoven says.

SilverLeaf is aiming for a professional and mainstream inclusion of the market where adult consumption is permitted similar to cigarettes and alcohol.

The cadres will gate-keep this thing to death by issuing ‘licenses’ and adding BEE requirements – the rest of Africa is highly fertile and it’ll slip north. I’ve spoken directly to a serious North American operator and they have decided to actively avoid SA now. Lesotho, Swaziland, Zambia and Mozambique bending over backwards to accommodate them. SA just trying to stiff them. A-loota continua

Let’s wait for the outcome on The Haze Club trial before we rush into the investment side locally.

Probably the most freely traded and easily available product in South Africa!

…..because the communist anc don’t and cannot control it.