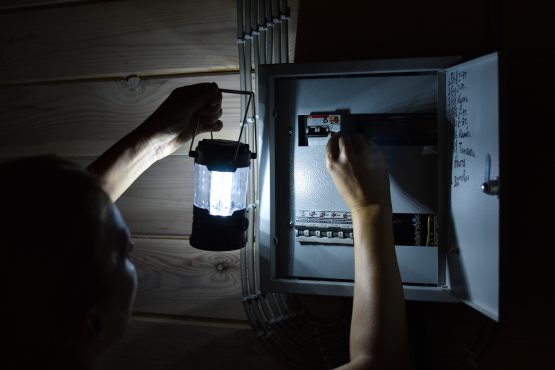 Short-term insurers have seen a significant increase in claims as a result of the severe power cuts across SA.

Power surges cause damage to sensitive electronic equipment whenever electricity supply is restored, while car accidents increase when traffic lights and street lighting stop working. Burglaries also increase when the lights go out – and alarm systems shut down.

According to Anneli Retief, head of Dialdirect Insurance, the daily occurrence of load shedding in SA is much more than just a major inconvenience.

“Over weekends, these figures more than double. Break-ins increase by 8% and vehicle accidents rise by 13.5%,” she says, noting that Daildirect analysed claims data from July 2019 to May 2022.

“Power surges are also causing an increase in claims. A power surge takes place when the flow of electricity is interrupted and then starts up again, sending electricity back into the system. Power surges can cause instant damage to electrical appliances by melting plastic or metal parts and burning circuits,” says Retief.

Read/listen: Load shedding and insurance: What you need to know

Philippa Wild, head of commercial underwriting at Santam, says Santam has also seen a significant increase in claims for damage to sensitive electronic items due to power surges, across its personal insurance and commercial insurance portfolios.

“The reality is that load shedding has an immense impact on consumers and businesses alike, who must cope with the damage to appliances brought on by power surges and dips, as well as an increase in crime-related risks as a result of faulty security systems,” she says.

Wild says Santam has seen a definite increase in theft claims due to electric gates being put on manual, alarms not working, and dark houses.

Unfortunately, businesses cannot claim for lost income as a result of load shedding.

Ricardo Coetzee, head of Auto & General Insurance, says it too has seen a big increase in road accidents. “The dangerous consequences of load shedding [are seen] when street lights and traffic lights are not working at night.

“Motorists are encouraged to drive cautiously at all times, but especially so in poorly-lit areas. Treat all inoperative traffic lights as a four-way stop, and when in doubt, yield to oncoming traffic.

“Do not assume that all other drivers will stop … exercise extreme vigilance and drive defensively.

“On the home front, when the lights go out, so do the alarm systems, gate motors and electric fencing. [This] makes it easier for criminals to gain access to your property – and spend longer in it,” says Coetzee.

He cautions that most insurance policies stipulate in their contracts that the house alarm must be activated at all times when the home is unoccupied.

“If your house is burgled during a power cut, then, theoretically, your theft-related cover would be moot,” says Coetzee, indicating that insurance companies might expect that systems that have standby batteries should be maintained properly.

“However, we believe that load shedding is beyond the control of our customers and they should not be penalised for it. As such, each case will be considered based on its own merits.”

Municipalities, and Eskom itself, also suffer damage due to load shedding. A few hours without electricity every day translates to lower electricity sales by municipalities, while municipal networks can be damaged by continuous power interruptions and power surges.

Eskom said in a statement last week that it experienced an increase in the failure of electrical equipment to such an extent that it has put a strain on its ability to restore failed equipment.

“Eskom is experiencing challenges with limited stock levels of mini-substations and transformers because of a recorded exponential number of failed electricity equipment due to network overloading,” says Mashangu Xivambu, Eskom’s senior manager for maintenance and operations in Gauteng.

“The network overloading is caused by illegal connections, bypassing meters, meter tampering, unauthorised operations on the network, vandalism of infrastructure and theft,” he adds.

In Gauteng alone, Eskom has had to replace and repair 116 (of 181) damaged mini-substations and 1 326 (of 2 314) damaged transformers during the last few months. It says that damages amounted to R152 million.

“Although we are faced with the challenge of equipment shortages, manufacturers have committed to continue to prioritise Eskom as they understand the impact this has on the economy, essential services and communities.”

Santam cautions consumers and provides guidance to mitigate the risks that may be caused by power interruptions:

Listen: Discovery Insure’s Darryl Grater on power surge claims up 50% in six months and how insurers are reacting (or read the transcript here):

Well this way we are all reduced to a way of life lived by millions of people in Africa! Rather than uplift the lives of fellow citizens, the ANC is successfully driving our general standard of living down to where everyone expects an African country to be.
Sadly it did not need to be like this – racist BEE policies have helped to lower the bar and rate & taxpayers continue to be marginalised by having to pay more to get less. If this is not Radical Economical Transformation I don’t know what is! Something needs to change before it is too late and there is nothing left in the pot for anyone!