A look at the boiler plant design defects and the status of rectification work in progress at these coal-fired power stations.
By Chris Yelland 17 Mar 2021  08:37 An article in Engineering News on February 1, 2019 summarised a number of technical defects identified by Eskom at Medupi and Kusile that were resulting in serious underperformance at the power stations. The generation units handed over for commercial service were unable to operate at full load and were experiencing frequent planned and unplanned outages.

Thereafter, an open letter written by Mr Alex Ham, a former Eskom chief engineer: Power Station Design, and later, Director of Technology, who had worked for the utility for 30 years, was published by EE Publishers on May 12, 2019. The letter spelled out the background to the boiler and mill problems at Medupi and Kusile in further detail.

In order to rectify these defects, Eskom and the boiler works contractor, Mitsubishi Hitachi Power Systems Africa (MHPSA) are now undertaking significant rework of all twelve units at Medupi and Kusile. This requires that each unit be shut down for about 75 days in sequence to effect the necessary rework, with the associated costs shared 50/50 between Eskom and MHPSA, pending resolution of the contractual matters between them.

The planned modifications required on each of the twelve units at Medupi and Kusile include:

Mills: Eleven modifications were agreed to be implemented – initially in a matrix across the five mills of Medupi Unit 3 in order to determine the performance of the modifications and their interdependencies.

The first unit of the six units at Medupi to be reworked was Unit 3 during a 10-week shut down from the last week in January 2020 to the first week in April 2020. Although Unit 3 at Medupi was intended as a “proof of concept”, work on the design modifications of further units at Medupi commenced even before performance testing of the modifications on Unit 3 was completed, as shown in Fig. 1 below. A year after the project started, there is still a significant amount of modification work to be done on all the remaining five units at Medupi. These include the manufacturing of long lead-time items on the mills, the gas air heater operational modifications, and the boiler low load modifications. No work has yet commenced on the design modifications of the six units at Kusile.

Considering the Medupi Unit 3 performance figures shown in Fig. 2 below, there does not appear that much difference in energy availability factor (EAF) before and after the design modifications. However, a careful analysis of the EAF for the past 50 weeks since the 10-week shutdown in early 2020 indicates an average EAF of 75%, which is an improvement of the EAF of below 70% before the modifications. 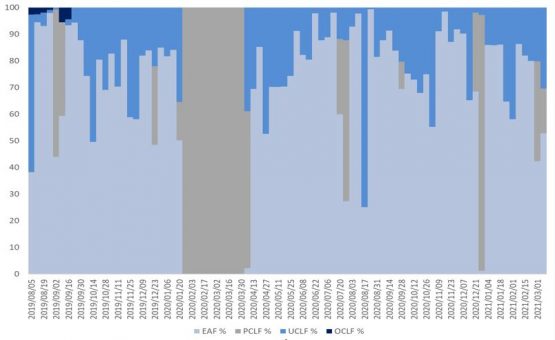 Fig 2: Medupi Unit 3 performance before and after the design modifications. (Source: Eskom)

However, the week-on-week EAF for Medupi Unit 3 is still erratic, with ongoing high levels of planned (PCLF) and unplanned (UCLF) outages, and certainly not what one would expect from a properly functioning, relatively new, base-supply unit that underwent a major 10-week rework outage a year earlier. One may expect the average EAF in such a case to be more like 85% to 90%, which is still below the 92% “use requirement specification” target set for the units.

Furthermore, Eskom explains that the EAF of Unit 3 was pushed down by increased planned outages after the shutdown due to extra-ordinary planned maintenance in preparation for performance verification tests of the modifications done. “Typically, you would need a longer period to evaluate performance, in order to even out the impact of such unforeseen events,” says Eskom.

However, Eskom has acknowledged that performance of the pulse jet fabric filter plant after the rework has been disappointing. The lifetime of the fabric filter bags before replacement has only increased from nine months to thirteen months, instead of the 36 months expected in the “use requirement specification”.

What has become clear, though, is that there is still a long way to go before the Medupi and Kusile coal-fired power stations will operate at the level of performance originally intended. Indeed, it is becoming apparent that this performance will likely never be achieved.

The problem with both these power stations is that Eskom project managed the build but they also speced the design – they are incompetent at both operations. Eskom suffer from one thing only – they are an employment agency and not a resources producer – 46,000 employees hands don’t make light work

Same old, same old.
Whatever makes practical, economical and common sense………well the opposite gets done in real life.

I wonder if Chancellor House are still collecting backhanders from the “remedial work”? Judging by the ANC morals; quite possibly.

The recovery from the damage done to South Africa during the past 25 years depends on lessons being learned. But we all know that none have nor will ever be learned. This is how the spiral will continue until South Africa and Zimbabwe become true African brothers, dancing in the ruins of their self-inflicted decay. The transformation can only succeed.

One picture is worth R234 billion.

(Latest I could find for Medupi.)

The reason those things took so long, all 40,000 workers were too busy in meetings. I remember being in constant meetings, almost every flippen day for hours on end… labour would often stand off until the results of the meetings were know.

All Eskom needed to do was write 1 purchase order for each power station and it would have been delivered privates within time and with in duration. The Japs came there and told Eskom they would finish the powerstation in 2 years but only if it was on their T&C’s.

Here is the questions how many millionaires did Eskom create from this project? that money was clearly expropriation without compensation the Tax Payers

I was taken on by a black-owned and managed Electrical Engineering outfit that was used to provide design support to a flue gas cleaning systems contractor for Medupi. Full marks for BEE. At the first progress meeting it was determined that on appointment we were already 6 months behind schedule. The contractor was unable to obtain any response from the Eskom project team, let alone any answers to a list of questions that I had. After 3 months of getting nowhere I resigned and moved on. They stayed at a standstill at Eskom’s expense for years. Lots of money for lots of nothing. The end product is described as unfit for purpose.

Yes, Chancellor House saga; it was Gwede Mantashe who repeatedly insisted there was no conflict of interest (with Hitachi Africa.)
But he’s been retained as a cabinet minister throughout! It was Mathews Phosa who spoke out against the Chancellor House / Hitachi Africa arrangements – and that got him sidelined very fast!

So what you saying is the 46 000 ANC comrades stuffed up the design and construction of the 2 power stations wasting and stealing billions and that after spending more billions to have it “fixed” it still won’t work. Well that sounds exactly like ANC and Africa.

Too little grey matter to do the job correctly , too little integrity and understanding how their miserable performance pulls the country down ,too many crooks and parasites , too much money stolen – so much to do – too little ability , money and time now.

Despite the tempting low hanging fruit that you can indulge in when discussing Eskom, let’s take a minute to reflect on the fact that the public never had this level of feedback and insight into the progress of things at Eskom. Would you like to know how the repairs to the boat are going, or would you be resigned to the fact that the boat is going to sink?

Eskom built and operated major sized coal-fired power stations for decades, thus it defies logic that suddenly they cannot get two power stations right which in essence are the same processes.

Mmmm… discontinuity of corporate memory, incompetent or inappropriate personnel appointed. All avoidable, except for power-hungry political populism. Disselboom’s never been all PC, thus dare to say that although we are all equal in our abilities, somehow the two new power stations suddenly became engineering and project management challenges to manage successfully. Allright, will settle for the version that the problem is not that, its just that the corporate memory was transposed to quickly.

Disselboom you are to PC because we are not all equal in our abilities. Some people are more intelligent than others one just has to talk to a reasonable cross section of the public to determine this. Some people excel at the arts whilst others are useless at the arts but may for example excel technically. The inequality with respect to abilities is absolutely necessary because the world needs a range of skills if everyone had equal abilities everyone would go for the jobs that they loved or paid the most and the world could not function properly because many of the necessary skills / workers were not available

This is 100% predicatble and an own goal of monumental proportions. I knew Ockie Oosthuizen who was chief engineer of the railways way back …. great engineer, wonderful work ethic, competent all the way. The fact of the matter is cadre deployment is ruining our country. And the politicians simply do not care because the money and patronage networks are the gift that keep on giving. Most of the fired Eskom engineers of yore are now overseas or retired. And the result is plain a daylight.
I don’t think it’s possible to lower the bar any further. Just leave it lying on the ground. What a pity we cannot simply appoint the best people we have instead of the next best cadre. Very depressing.