The ‘poverty premium’ refers to the fact that poor people pay more than wealthier people for data.
By Alison Gillwald 7 Mar 2020  00:55 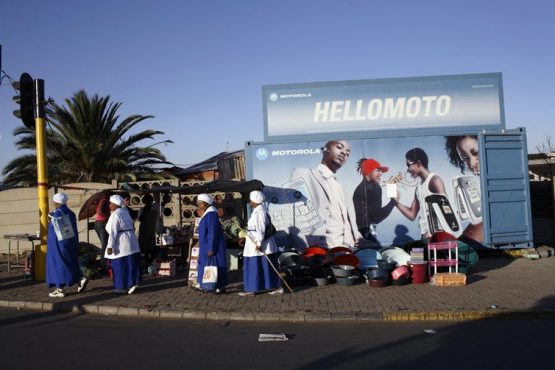 In the South African President’s state of the the Nation Address in February Cyril Ramaphosa highlighted the fact that the country’s Competition Commission had instructed mobile operators to adjust their pricing in a bid to reduce digital inequality in the country. He referred positively to a number of interventions aimed at mitigating inequality.

But, in reality, these are likely to have mixed outcomes.

The commission’s decision to force mobile operators to remove the ‘poverty premium’ on low-denomination, prepaid mobile bundles has been widely welcomed as something the telecommunications regulator should have done years ago.

The ‘poverty premium’ refers to the fact that poor people pay more than wealthier people for data. This happens in two ways. Firstly, prepaid data in South Africa costs way more than post-paid or contract data per megabyte. Logically the price for it should be lower because it’s being paid up front, but it isn’t. Secondly, the price of low-volume, small-value bundles, typically purchased by poor people, compared with the high-volume packages, usually purchased by wealthier users, are highly discounted.

Even if this may, arguably, inhibit the kind of product innovation that brought people online by offering micro-products, the intervention in the market is warranted on public interest grounds. And it is likely to have the intended outcome of making data more affordable for the poor.

The president also referred to the free, ‘lifeline’ data package – a certain amount of data daily at no cost, proposed by the commission. The premise for this is much like the free basic water policy in the country which gives household 6 000 litres before charges kick in.

The ‘lifeline’ package was hailed on public talk shows as “free data for all”.

But adopting this in the far more complex telecommunications infrastructure market, is likely to produce some unintended consequences. In particular, it won’t reduce digital inequality. In practice the ‘free’ lifeline data package will be given to everyone with a prepaid SIM card (85% of the data market) as the administrative costs of identifying the needy to provide the subsidy to is too high.

This will produce a classical free-rider problem. A large number of the beneficiaries of the lifeline service who are capable of paying for the service will get the welfare benefit.

There is also considerable evidence that the costs of mandatory user subsidies are transferred to end users’ prices. Levies like this are not paid from operator surpluses. Instead, they are built into the cost of services. Unless tightly monitored and regulated, this in turn drives up the price of services for users.

From a public interest policy perspective, cross subsidisation is justifiable if the subsidy and cost allocation is transparent. And if the increased cost being paid by those online, for example, is used to subsidise the extension of networks or services to get the rest of the population online. This is what happened in classical universal service regulation to get networks extended into remote areas.

But the lifeline subsidy does not bring more people online. It subsidises the cost of data for those who are already online – rich and poor. The lifeline subsidy may enable those who are already connected through smart devices to use data more optimally to enjoy the benefits of being connected, such as financial inclusion, information gathering and job-seeking, but it does not assist with bringing the 50% of South African’s who are offline, online.

The commission focused on the negative impact of data prices on consumers. And there is certainly evidence that price affects usage – in South Africa usage is way below the average in similar size economies with less inequitable income distribution.

In the Research ICT Africa After Access 2018 survey of 10 African countries, including South Africa, non-users said that the price of smart devices was at primary reason for people not being connected. For those that were connected the cost of data was identified as the reason for their sub-optimal use.

This shows that reducing data prices without attending to the cost of the devices (and other problems once people are connected, such as the lack of digital literacy) does not redress digital inequality.

There are other reasons too: analysis of the 2018 survey shows that access and use of the Internet, across all countries, including South Africa, is determined by education and the corollary indicator of income. The survey showed that education, income and locational inequalities are simply being mirrored online – arguably amplified – as the economic and social value of being digitally networked increases exponentially.

There are alternative ways of subsidising data and bringing people online. One example is providing free public wi-fi at all public buildings. This would enable those who were unable to pay for airtime to go online by accessing a public wi-fi point. This was proposed in the South African broadband plan, SA Connect, but was never implemented in the manner and scale intended.

With successful wi-fi initiatives at city level, price-sensitive users are increasingly supplementing the purchases of their low-denomination bundles with public wi-fi. In the 2018 After Access survey, in South Africa 32% of Internet users indicated that they used public wi-fi at least once a month.

Of course, those who could afford data services would also be able to access the free wi-fi. But they wouldn’t get in automatically. They would need to make the effort of getting to a free public access point, which price senstive users do.

Another option is zero-rating public interest services. ‘Zero-rating’ is when no price is charged for the data used to access and use an application or website. This is proposed by the Commission for government, educational and other public interest websites.

But this is sub-optimal. Ideally, zero rating such sites should be in addition to some free public wi-fi. The poor should also be afforded choice and the benefits of access to the open Internet.

Policy needs to address the underlying human development challenges if people are to be equitably brought on line as well as enabled to shift from meagre passive consumption, to transaction cost reducing online activities, and even to enhancing their well-being and livelihoods.

Long way to go and will never get there !!!!

I believe in equal access to data for everyone, Lord knows how much the internet has changed my life. But this article is just leftist rubbish. Equality cannot be manufactured by complaining about how others have more or have it easy, that is stupid. And to complain about networks is also stupid. The problem has been stated over and over again, the government is failing to release spectrum and is failing to inspire entrepreneurs to play in the data space but ofcos the blame the rich and networks have invested billions to build good network infrastructure hahaha typical South Africa

It’s exactly these types of navel-gazing articles – all discussion, and absolutely NO focus on presenting a practical, immediately implementable SOLUTION – that gives academics their bad name.

This “professor” is a time-waster of note! No more articles from her please!

The Conversation is a waste of time.