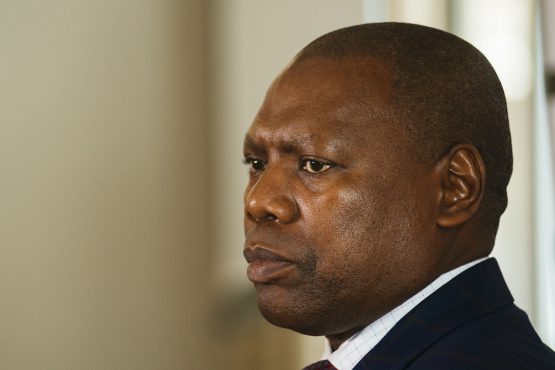 South African President Cyril Ramaphosa’s bid to clean up the government took a knock after a probe found his ex-health minister may have acted unlawfully.

The Special Investigating Unit, a law enforcement agency, stopped short of specifying that Zweli Mkhize should be criminally prosecuted but was nonetheless damning about his role in the awarding of a R150 million contract to close associates.

The findings are a blow to Ramaphosa, who took over in 2018 pledging an end to the corruption-tainted tenure of Jacob Zuma. They also confirm reports that the Department of Health allowed funds to be stolen during the Covid-19 pandemic, when budgets were being maxed out on preparing hospitals and buying medical equipment.

Mkhize, an ally of Ramaphosa’s, has fallen from grace after being lauded for his role in steering the government’s initial response to the coronavirus. A one-time presidential hopeful, he was forced to resign in August after details of the fraudulent tender caused a national uproar.

Despite talking tough on corruption, Ramaphosa initially opted to place Mkhize on special leave rather than fire him. He also held onto the SIU’s report into the deal for more than two months before it was finally authorised for release on Wednesday.

The president was similarly hesitant when dealing with his spokesperson Khusela Diko, who was implicated in a scandal over a health contract won by her late husband. While Diko lost her job as Ramaphosa’s aide, she remains a government employee.

The SIU’s findings come as the ruling African National Congress prepares to fight crucial municipal elections at the start of November. While unveiling the party’s manifesto earlier this week, Ramaphosa pledged, not for the first time, to reform the party and “do better.”

And Cyril sits on the report for 2 months??

Why? Is it to give them time to cover their tracks?? There has to be a motive as we all know he can read. That does not take 2 months when something as desperate as theft under your nose is under discussion.

The man is not honest and will have some sob story as to what “process” he had to follow.

The fact that he sat on the report is almost worse that the blatant theft that occurred.

One must remember that the former president was illiterate and could only read the denominations on a bank note, the current president does read but probably reads slowly! That explains the 2 month delay ANC style!

“. . . SA’s anti-graft stance.” There is no such action in place. It’s all just a big con-job to fool the international investment community that the Corrupt ANC is “self-correcting”.
The looting is continuing.

Is the author of this report a relative of the well-known Minister of Funny Hats?