‘Every option that will result into the addition of more megawatts into the grid is on the table and being given serious consideration,. said Vincent Magwenya.
By Loni Prinsloo, Amogelang Mbatha and Paul Burkhardt, Bloomberg 15 Jul 2022  12:50 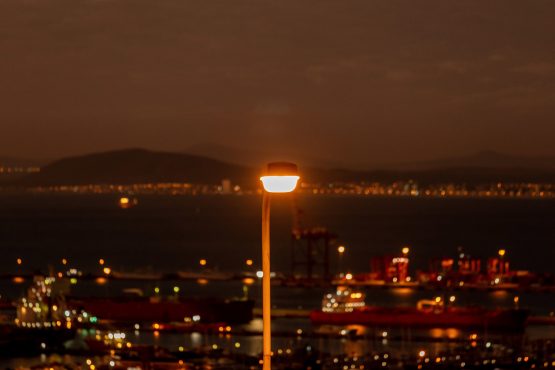 South Africa is considering more than doubling the amount private power producers can generate without requiring a license in a bid to reduce blackouts that are hobbling the economy, people with knowledge of the matter said.

President Cyril Ramaphosa is racing to make an announcement as soon as Sunday, the people said, asking not to be identified as the matter isn’t public. South Africa last year removed a license requirement for private investors to build their own power plants of up to 100 megawatts under a plan to reduce excessive bureaucracy and add generation capacity. Ramaphosa, who faces party elections in December, is under pressure to end rationing of electricity that’s plagued Africa’s most-industrialised economy for more than a decade. Still, the new measures are unlikely to alleviate the power shortfall soon. A litany of woes, including breakdowns at its coal-fired plants and labor strife, prompted Eskom to cut 6 000 megawatts of supply — enough to light up 4 million South African homes — during the latest crisis.

The measures will include “emergency procurement of new capacity, emergency maintenance and ramping up of maintenance,” Finance Minister Enoch Godongwana said in an interview with Bloomberg Television in Bali, without giving details of the government plan. “It’s been a challenge.”

Red tape is one of the biggest hurdles for private power producers in South Africa. For instance, setting up a 140-megawatt wind project requires about 60 permits, each of which can take from three months to three years to be approved, according to Niveshen Govender, chief executive officer of the South African Wind Energy Association.

To reduce those bureaucratic delays, the government is also considering easing regulations at agencies including the National Energy Regulator of South Africa, one of the people said.

This won’t be the first time South Africa will announce urgent plans to fix its energy crisis.

The so-called Stage 6 load-shedding, which began last month, led to the worst blackouts in the nation since 2019. Following that crisis, the government pledged to fix Eskom’s woes and announced an emergency power program.

Electricity has yet to be generated under the plan and at least one company — Karpowership, the world’s biggest supplier of floating gas-fired power plants — is mired in legal cases and has blasted the nation’s government agencies for the stalled project. Failure to boost electricity generation resulted in the nation enduring 77 days of blackouts this year.

One of the ways to boost generation is by “accelerating private sector generation deployment through easing of regulatory and legislative red-tape and incentives, such as tax reforms,” the Energy Intensive Users Group, which accounts for 40% of power consumption, said in an emailed response to questions. The group’s members include miner Anglo American Plc and commodities trader Glencore Plc.

Ramaphosa is still discussing the measures with his cabinet and the final plans may change, the people said.

“Every option that will result into the addition of more megawatts into the grid is on the table and being given serious consideration,” said Vincent Magwenya, spokesman for the presidency.

The new measures will be announced “in the coming days,” Ramaphosa said in a speech to a meeting of the South African Communist Party on Friday.

“The severe economic and social impact of load shedding means that we have to use every available means and remove every regulatory obstacle to bring extra electricity on to the grid as soon as possible,” he said.

Spokespeople at Eskom and the Department of Mineral Resources & Energy declined to comment about the government’s plans.

The National Planning Commission outlined a rapid expansion of 10 000 megawatts of new generation capacity and 5 000 megawatts of storage in response to the latest crisis. It also called for the removal of the 100-megawatt ceiling.

Last year’s move to allow private producers to ramp up capacity has seen companies register for more than 400 megawatts of capacity.

A story emerging from other News services is indicating that, rather than promoting more private power, the Kleptoment is now considering setting up a 2nd State-owned Power producer. Yet more evidence of ideology and kleptocracy trumping logic and economics.

All the usual platitudes,wordspin and promises we have become used to since 94. And then nothing as usual. This is all good and fine but there is no way uncle Gweezy the old school hardline Marxist Leninist is going to allow any of this. So he is going to do what he usually does: nothing. The ANC fiddles around while the country goes down the tubes. It’s really too bad. Like the Nats of old, the ANC is incapable of reform. Until we vote them out it’s all downhill for our country.

Well the Nats did reform and handed a fully functional country over to the popular ANC.

I am not sure how many people throwing out demands for speedy sign-off understand what a 100MW plant involves. it is one thing if you’re a (very) large mine and the 100MW sits your side only, it is a different kettle of fish if you are selling or wheeling. There will be tears…

What can we expect from these hopelessly incompetent communalist looters who are still stuck in their failed communist dogma?

No doubt, they will simply regurgitate their old central planning ideas. They will play the only card they have. They will create another failed SOE, to “compete” with the other failures, that swallow taxpayers and spit out unemployment and darkness, to employ more criminal and incompetent cadres, under the directorship of the same clueless “shareholder”.

They are a redistributive organization that cannot escape from the BEE gravitational hole at the center of the economy. This gravitational hole has already swallowed the SOEs, municipalities, railway and road infrastructure, sanitation and hospitals, and most of the employment opportunities. Next, it will swallow the banking system right before the entire nations cross the event horizon.

There can never be a viable solution under an ANC government. Their mindset and attitude can only lead to total failure.