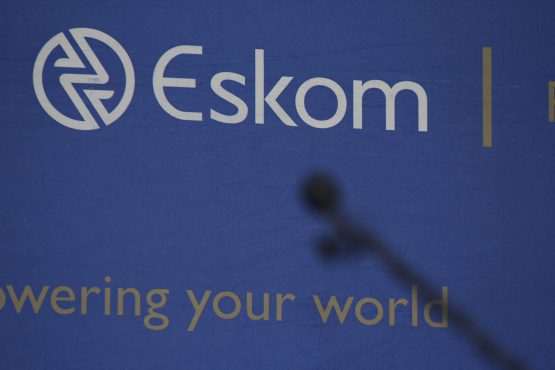 The chief executive of South Africa’s Eskom said on Thursday the state utility needed to more than halve its debt to R200 billion to become financially sustainable and put an end to recurring government bailouts.

But Andre de Ruyter, who took the reins at the struggling power firm five months ago, told Reuters in an interview following a conference call with reporters that he wasn’t planning restructuring talks with bondholders.

Instead Eskom would seek to “opportunistically” lower borrowing costs when its current debt matures and explore “green financing” options as it retires some of its older coal-fired power stations, he said.

Eskom has been mired in financial crisis for years, as it doesn’t generate enough earnings to meet its debt costs.

Its R450 billion of debt, of which R150 billion is owed to development finance institutions (DFIs) and R240 billion in domestic and foreign bonds, is equivalent to more than 8% of South Africa’s gross domestic product.

It battles to keep the lights on because of faults at its coal fleet, a factor that helped push the country into recession even before the coronavirus crisis struck.

De Ruyter said the R200 billion debt target was a long-term goal but was central to efforts to rescue the century-old company, which produces more than 90% of the power in Africa’s most industrialised economy.

He said there was “significant appetite” from DFIs to support lowering emissions through discounted financing and that he would speak to Italy’s Enel about its experience of issuing green bonds.

The former Nampak executive said Eskom would start a “renegotiation process” with independent power producers to try to lower electricity costs for consumers.

Eskom’s problems are among the biggest challenges for President Cyril Ramaphosa, who has been trying to rebuild investor confidence after a decade of scandals and policy missteps under his predecessor, Jacob Zuma.

This is an important point that a lot of people choose to ignore, Eskom signed contracts with renewable suppliers at uneconomical rates. I believe that Eskom disclosed that they signed contract with some suppliers for more than double what it costs Eskom to produce. But sure the suppliers are the problem, not the severely bloated workforce. Just remember Mr. De Ruyter you are there to split Eskom into three entities do not let the unions side-track you.

All while under corrupt management (Under the Zuma Years, Big Talker Pravin Gordon has failed to punish the rot….. let him protect the Rot) …

Im hoping that the new CEO turns things around for the country.
I heard him speak on Television this moring regarding the procurement of better quality coal… so positive.

But there are few of these now our days. I am not even sure the increases that they want and have been approved are going to be affordable by most South Africans these days!

The price of electricity is not elastic, as there are already new alternatives, and there will be new suppliers. If the price goes up, more and more homes will go off grid, or partially off-grid. Less demand and less revenue- a death spiral. Sorry, but Eskom needs a lot more than just a rate increase.

Eskom has made major strides to improve its operational stability, including launching a reliability maintenance project to ensure stable power generation, while Story2: there is an 80% chance that we will have another load shedding this winter. How possible?#Eskom

What a joke. Edcon last year given over R2 billion from PIC, failed 9 months later. UIF paid for that.
Eskom thinks they will reduce debt to R200 billion. How? very important question.
Andre, ex Nampak is avery poor example, and Tito was the chairman??
Capital is very cheap when not yours. Andre and Tito.

Maybe , just maybe Eskom could start collecting money from all the non- payers it still supplies ? Or just cut off the juice if they don’t pay.
Their business model boggles the mind.