Eskom CFO Anoj Singh on Wednesday promised to submit what he called a “tell-all report” about two trips he allegedly undertook to Dubai that were allegedly paid for by the controversial Gupta family.

Journalists grilled Singh together with interim chairperson Zethembe Khoza and interim CEO Johnny Dladla about various governance issues amounting to billions of rands at the presentation of Eskom’s integrated results at its Sandton head office.

This overshadowed the improved operational performance with plant availability op from 71% to 77% and a 14% improvement in earnings before interest, tax, depreciation and amortisation (Ebitda).

Net profit however dropped by 82% from R5 billion in the previous financial year to R1 billion, largely as a result of an 82% increase in finance cost to R14 billion.

Khoza defended Eskom’s failure to suspend Singh while investigating allegations against him. He said the board found nothing that warranted Singh’s suspension. Singh was not central to the R577 million settlement reached with Gupta-owned company Tegeta with regard to a R2.1 billion penalty for supplying substandard coal from the Optimum mine, he said.

The penalty was awarded before Glencore sold the mine to Tegeta in a controversial deal that was concluded early last year. Eskom earlier vowed to pursue the penalty irrespective of who owned the mine.

Former public protector Thuli Madonsela found indications that Eskom might have unlawfully squeezed Optimum to sell and assisted Tegeta through a hastily arranged coal prepayment to buy the mine. It was one of the matters she found should be further investigated by a commission of enquiry.

At the briefing on Wednesday, Singh admitted that he signed a R1.6 billion guarantee to Absa Bank for Tegeta to buy Optimum. Khoza, who has been on the Eskom board and chaired the tender committee at the time, told journalists that this was the first word he heard of such a guarantee. Singh said the guarantee was never used and later cancelled, but did not give any further explanation.

Singh explained that the Optimum penalty was settled after an arbitration process was initiated as provided for in the contract. He said Eskom had investigated the coal quality issue and found that about R700 million of the R2.1 billion penalty could not be substantiated due to a “false positive” related to a new crusher. Based on a legal opinion Eskom decided to settle the balance of the claim for R577 million.

Dladla admitted that Eskom paid international consultancy McKinsey R900 million and Gupta-linked company Trillian R500 million. According to recent media reports Trillian was paid without delivering any substantial value. It allegedly inserted itself in the McKinsey contract and was paid directly by Eskom following a letter from McKinsey to Eskom. Dladla said Eskom had no contract with Trillian, but that Trillian was in fact a subcontractor to McKinsey. He said he is still trying to get to the bottom of the matter.

In a statement issued on Wednesday afternoon McKinsey however denied having subcontracted Trillian or having been suspended from doing any work at Eskom as Dladla said. A McKinsey spokesperson said the group and Eskom “mutually agreed” to suspend its work at Eskom “as both parties are undertaking their own investigations into this matter. We have agreed to cooperate with Eskom’s investigation.

“All payments made to Trillian were paid directly by Eskom and presumably governed by Eskom’s rules and processes for approval of third-party payments. As we have previously stated, and based on our investigation to date, McKinsey has never had a subcontract with Trillian either for the work on the Corporate Plan or the Turnaround Programme.”

Khoza announced that the investigation into former acting CEO Matshela Koko has been completed. Koko is facing a disciplinary hearing for awarding a contract worth more than R1 billion to a company linked to his stepdaughter. He will face charges relating to a conflict of interest and dereliction of his fiduciary duty, Khoza said.

Eskom received a qualified audit opinion due to irregular expenditure of almost R3 billion. The auditors reported the matter related to Koko as well as the controversial R30 million pension payment to former CEO Brian Molefe to the Independent Regulatory Board for Auditors. Molefe’s matter is currently the subject of court cases.

The funny part is – everybody knows that Eskom board members are lying through their teeth every time they say something, but somehow they still manage to find an audience. Eskom is the new reality show – all make-believe, bullsh&t and hype but no substance and truth. It is a horror movie for the rest of us who still pays our electricity bill.

Simple logic. What work did Trillian do to achieve a R500 million rand payout? The DA should lodge a case against McKinsey in America and then only will truth prevail.

and now we know – technical expertise as well as back office support…some gupta IT tecci, with a Sahara laptop.

A caputured puppet will ever tell the truth. But if it makes you feel better go for it!

Singh can not tell anything now, why? must wait for the Guptas to write his “tell all” report,…Singh, is singing a gupta song.

I think, Singh now wants to sing (with a Gupta prepared version) and that he now runs the risk that he will be prosecuted and declared delinquent and debarred from auditing profession….if not he could also later join the KP oMG team!

Baby Brian must be crying like a new born baby now. Previously he cried of fear of losing his R30M payout. Now he cries out of fear of being prosecuted…

“Singh was not central to the R577 million settlement reached with Gupta-owned company Tegeta with regard to a R2.1 billion penalty”

What is the point of a CFO if he is not involved in the major financial decisions affecting the company.

Fire him immediately on this issue alone.

SAICA we expect you to investigate immediately and make public your findings.

Amazing how many of these players are a continuation from the looting that happened at Trasnet, Molefe, Singh etc all did the exact same thing at Trasnet, they were just never caught there.

It boggles the mind how someone can have controversy everywhere they go and yet continue to be in Parliament or CEO of utilities etc. I guess the tone at the top gives us the answer.

3rd power outage in nw jhb in a week.
maybe it is time to stop paying my electrical bill and hook onto a street lamp like our indigenous friends

The right thing to do Mr. CFO would be to resign.

That is what South Africans really expect and want.

That is the only right thing that you can do now. 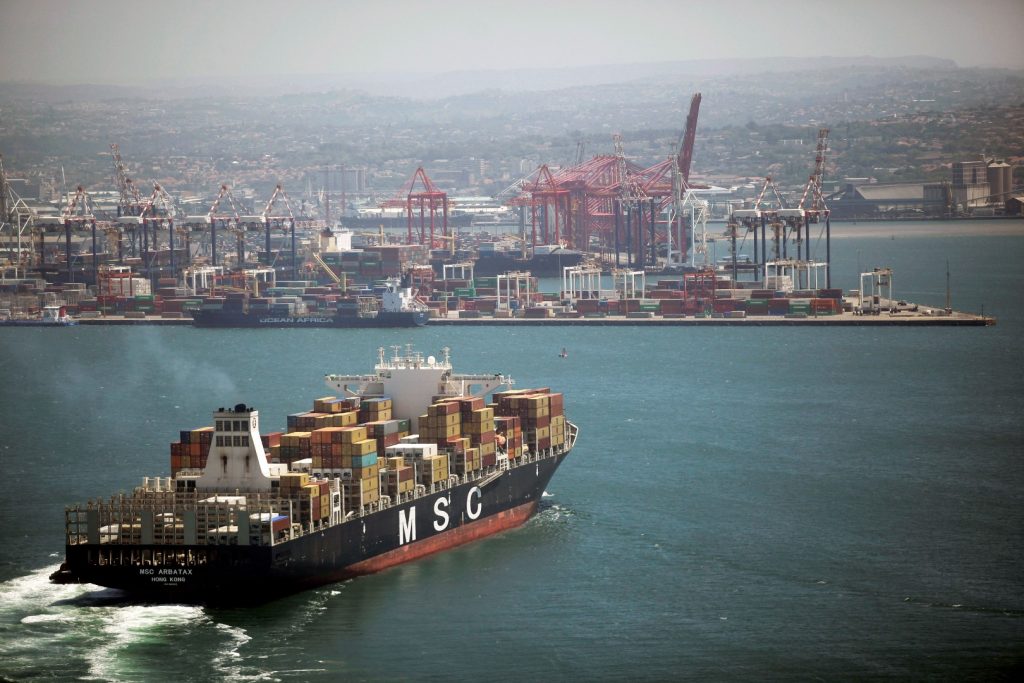 Ransomware that cybersecurity experts have linked to a series of high-profile data breaches likely carried out by crime gangs from Eastern Europe and Russia. Barbara Curson / 29 Jul 2021
Taxpayers must be up to date with compliance before asking for assistance.
26