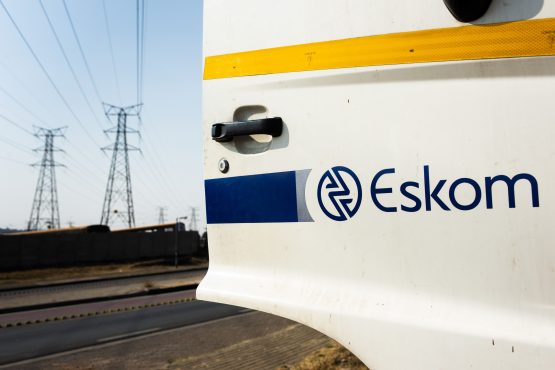 The recovery of Eskom’s generation systems is off to a slow start as, according to the power utility’s statement on Wednesday, many of its workers remain absent from their essential duties. This is despite Tuesday’s joint call by unions for workers to return to work on the promise that wage negotiations will continue on Friday 1 July.

On Wednesday morning Eskom’s spokesperson Sikonathi Mantshantsha confirmed in a note to the media that employees had returned to work to fulfil the essential service of keeping the country’s lights on.

However, it seems the utility might have spoken too soon, as later in the day it released an alert that stage 6 load shedding will begin from 16:00 t0 22:00 on the day, due to the staggered return of employees.

“While some workers have started reporting for duty at the power stations, there is still a high level of absenteeism. As a result of the unlawful strike, routine maintenance work has had to be postponed.”

“This backlog will take days to weeks to clear. It is therefore important to note that the system will remain constrained and vulnerable to additional breakdowns while recovery activities are in progress,” Eskom says.

According to Eskom, 3 161 megawatts (MW) of generation capacity is currently offline on planned maintenance, while a further 17 395MW is lost due to systems breakdowns.

“Due to the unlawful and unprotected labour action, which has caused widespread disruption to Eskom’s power plants, Eskom is unable to return some generators to service,” Eskom notes.

“This has compelled Eskom to continue taking precautionary measures to conserve emergency generation capacity and safeguard plant from damage.”

“There remains a risk that the stage of load shedding may have to change at any time, depending on the state of the plant,” the utility says.

The utility’s decision to return to the negotiating table with unions is the reason why some employees are making their way back to work. Although it is still unclear how much Eskom will be offering workers, the parties are set to resume talks on 1 July, where hopefully an agreement will be reached.

“The details of any wage offer will be made known on Friday when the wage negotiations resume,” Mantshantsha says.

Read: Eskom walks out of wage negotiation with union

Speaking at a media briefing on held Tuesday evening Minister of Public Enterprises Pravin Gordhan noted that the implementation of Stage 6 load shedding was necessitated by the fact that the majority of Eskom employees – about 90% the minister estimated – failed to report to work on Tuesday as a result of intimidatory tactics displayed by disgruntled fellow employees.

During the media briefing Gordhan took some time to speculate on the motive behind the alleged intimidation by some Eskom workers over the past week.

“[If] these short-term interests are inspired either by wage negotiations or for some other reasons, which I leave you to speculate, it is causing a huge amount of damage to South Africa’s reputation.”

Talks of sabotage at the power utility are not new, in fact it has been a common topic of discussion for Eskom whenever it holds media briefings or gives routine updates to the country on its state.

In May, the power utility opened a case of sabotage with the South African Police Services after a suspected incident at the Tutuka power station.

Earlier this year, Moneyweb reported that since 1 April 2021, the utility had recorded 2 752 incidents of theft and vandalism, costing the cash-strapped utility around R200 million.

If the minister is correct and 90% of employees did not arrive at work on Tuesday yet Eskom could still run about 20GW of system : what do those 90% of people normally do to keep themselves busy?

Johan: In the early 2000s I ran into an old guy at my MIL’s old age home. We got to talking. He was a retired Eskom senior exec who at that stage still did consultancy work for them on and off. He had just retured from one of his stints at Microwatt Park and was amazed by how many people were sitiing around with no apparent obvious function. He just shook his head.

I don’t like spreading this story at all but why would he (no skin in the game) being lying about something like this … ?

eskom staff problem is not the quantity, but the price!

This new Eskom does double the TWh per year as 1990, with 20% fewer staff. But average cost is around 750k. Somebody should benchmark Eskom and private sector paygrades

And we of course must now be so thankful ne !!!!

Shoprite delivers thousands of different fresh and affordable grocery items to all corners of the nation daily. Their supply chain and distribution infrastructure are more complicated than that of Eskom, which is a one-trick pony. Food is more important than electricity. We never had food-shedding, not even during load-shedding. Shoprite fulfilled its mandate during rain storms, violent protests, social unrest, labour strikes, and delivered groceries to customers, despite potholes and destroyed railway, and harbor infrastructure.

What is wrong with the cognitive ability of voters when they trust “Whitey Basson” with their food security, but not as president? They vote for him daily, with their money, at the grocery store, but they won’t make a cheap mark behind his name at the ballot box? He is good enough to work for them, providing food, but he is not good enough to provide things of lesser importance?

Is this communalist dogma so strong that people are willing to live in squalor, among sewage, and without electricity, as long as they have a self-serving, incompetent, inefficient, and corrupt communalist as a leader?

This is why I have Shoprite stocks …

Well done! If one cannot beat them, one should join them.

It is difficult to find words that will make it through moderation for what is currently happening in SA.

However, a few things to possibly look a little deeper into which are alluded to in the article. Once again unplanned outages (which includes sabotage) outnumber planned ones by 5 to 1 – a regular occurrence, almost as if someone is maintaining this ratio and it is “acceptable”.

Jan de Ruyter recently appeared in an interview in which he was questioned on when load shedding will get better – i think it was on eNCA – listen to it, he makes a point of referring to someone not by name but gender. Who is this? That aside –

South Africa is in the middle of full blown factional war in Luthuli house (populace be damned). Remind me again how many votes Ramaphosa won by at his nomination – if i recall it was actually someone else that looked to have won – then there was a recount – a few hundred votes swung back and forth – imagine being a fly on the wall in those myriad of “discussions/ negotiations” – net result Ramaphosa emerged victorious – but as Zondo has proven, it would seem without the teeth and claws required to make any real change/ improvement to SA – in fact things have just gone further down the toilet.

It was quite easy to see where the real power was during our disastrous state of disaster – unscheduled press conferences called in front of planned press conferences etc. The current NEC and the powers that be were split roughly down the middle – however, recent events (Phala Phala, Zondo etc) are looking like the balance is being tipped against the incumbent. No need to go into depth on the rampant crime, 75% of municipalities in collapse and it would appear a literal free for all is on the go – with no repercussions – South Africa`s version of THE PURGE – economically speaking.

With all that weight and pressure what better time (for the opposition?) to instruct (if that is what happened) and arrange a left field wild cat strike from ESKOM, even the unions seemed surprised – all this came a day after the N3 truck blockade ended. The country is literally on its knees – but Luthuli house just do not care. With the elective conference on the horizon expect things to get worst not better – ministers have VIP protection, blue light convoys to avoid traffic and generators at home – they can fight their internal struggle between what, a few hundred of them, down to the very last starving unemployed South African, all for the spoils that are rapidly dwindling.

We were chucked a scrap by Ramaphosa in the form of mask mandates and venue limits being removed – clearly he knew what was coming. Regardless of the actual specific cumulative causes of our current stage 6 load shedding – who is in charge – Ramaphosa!

He served a purpose when he was shuffled into power – after our last head of state – the country desperately needed economic stability, it needed the ratings agencies onside, the other choice would at the time not have achieved that. However it has gone full circle – with this engineered ESKOM disaster added to $$$ in furniture, Zondo etc etc – the very same economic stability he may have bought when he was sworn in, will evaporate and then some if this ESKOM situation stays unresolved.

Will his replacement be any better – we are reaching the stage where no one will care – can they be any worse or more ineffective?

All sorts of games are afoot and we are the collateral damage. If the leadership do not call some sort of a truce and address the current problems threatening to tear the very fabric of society apart – we will spiral out of control before you can blink – just my opinion of course.